Camper sets up in Menlo Park

Located in the heart of Menlo Park, Calif., Camper is a new polished casual concept serving elevated dishes ranging from house-made pastas to ginger-steamed rockfish, to a 32-oz. bone-in ribeye. 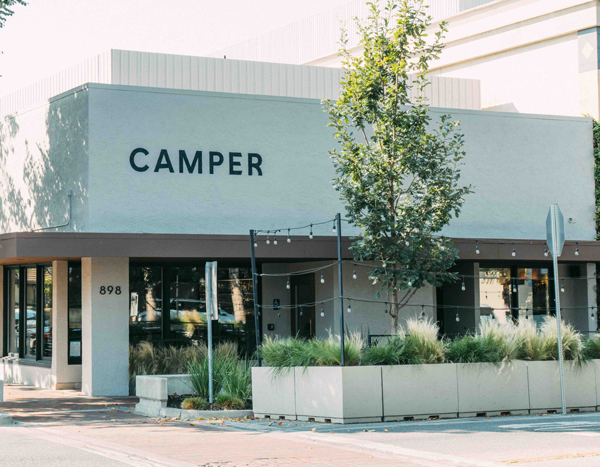 According to Wesley Tagget, project manager for general contractor Shawmut, Camper’s owners want the restaurant to be approachable and part of the community. This intention is clear even from the exterior.

“One of the nice things about Camper is you do not even have to walk in to feel the presence of the space. It’s very open to the community, there are full glass windows all the way around,” says Taggett.

These windows, noted Taggett, aren’t new. The space’s previous occupant, a traditional steakhouse, had the same windows but covered them with various treatments, including blinds and shutters. To open up the space, the designers simply removed these elements. 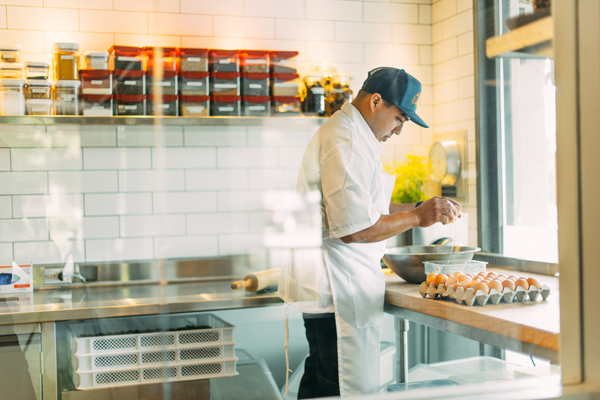 The restaurant takes this openness to the community up a notch with its display kitchen. This space, where staff make fresh pasta, is not just visible to guests. It also features an exterior window allowing people walking by to look in and see the action.

“It goes back to [the operators] wanting to be part of the community. There are always people poking their heads in the window trying to see what’s going on,” says Taggett. 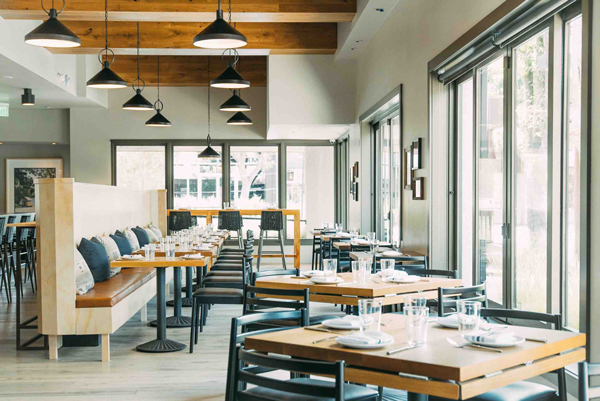 Upon entering the restaurant, guests find a relaxed and approachable space, yet still higher-end. Most chairs are hardwood, while chairs at a large community table are made of black rattan. The flooring in the dining room is a stained oak, while the wooden beams overhead are also oak, though stained in a darker shade. These beams, notes Taggett, help define the area’s high ceiling height, contributing to the open ambience.

One of the dining area’s key features is the banquette, made of plywood with a plywood laminate finish. The banquette’s high back helps separate the dining space from the bar.

“On the backside of that is a drink rail. That creates a social area for the bar instead of just having high-tops,” adds Taggett. 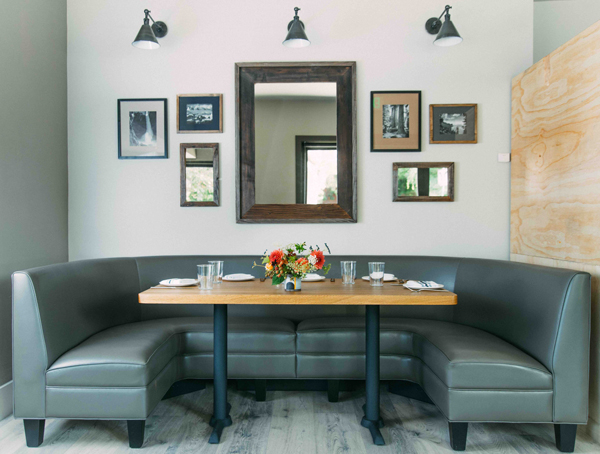 While most of the dining room has an open aesthetic, it does include a few spaces for larger parties that want a bit more privacy.

Notably, the plywood theme carries over to this booth area, as well. To the right sits a server station clad in the same laminate that appears on the banquette and around the bar. 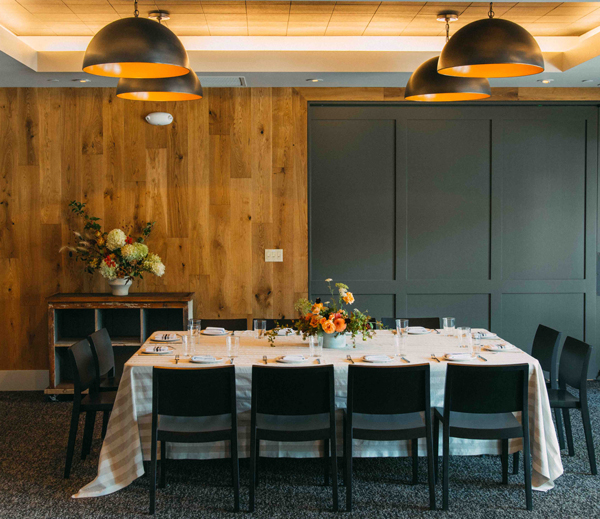 In addition to a bar and dining room, Camper has a private dining area that can divide into two with the use of a movable wall. This room’s partly paneled walls use the same oak that appears in the dining room floor and ceiling beams, once again connecting all the spaces, while a mural by a local San Francisco artist helps distinguish the space.

Instead of wood flooring, this area was given carpet, helping to dull the noise in a room with lower ceilings, Taggett noted.