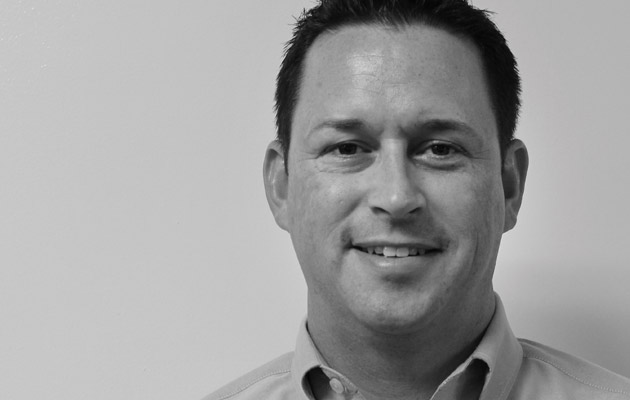 Richard Phillips played baseball in college and had dreams of turning pro. But when a blown shoulder dashed those hopes, he turned to construction, a trade he’d learned and developed a passion for while helping put himself through school. By 2007, he’d secured a position at the Dallas-based national general contractor for Dickey’s Barbecue Pit, a family-owned chain with Texas-sized expansion plans.

Two years later he joined Dickey’s two-person corporate development team. He’s since advanced to lead that department and expand it to 17 team members, handling everything from franchise sales to real estate, design and construction.

RP: This has actually been a good growth environment for us. In tough economic times people are generally more willing and eager to invest in themselves. Many of our franchise owners were at a point in their lives where maybe they had a corporate job or maybe they’ve even been a restaurant manager and were able to save some money. Our marketing as far as franchising sales goes is not geared toward big investment groups and people with millions of dollars. We’re more interested in having people who are willing to invest in themselves and get in and own a restaurant. That, combined with the fact that we’re predominately focused on low-cost conversions, has enabled us to grow quickly. Over the past five years a lot of restaurants have closed and secondary-use sites have become available.

We’ve adapted our real estate model to take advantage of that. We’re able to convert those sites quickly and for a low cost — usually in four to five months from the time they sign with us until opening and at an average cost at least over the past year of $100,000 to $160,000. It sets our owner-operators up to be profitable much faster than they would be in some other concepts, or even in the Dickey’s of the past when second-generation sites were scarce and we’d focus on building all-new units.

rd+d: With a 17-person team under you, what do you spend most of your time doing?

RP: Mostly managing the process. Our goal here, and one of our sayings, is that we’re not perfect, but we’re committed, and we work really hard. When we do have a challenge or a hiccup, I try to make sure that we don’t just give it a quick fix and move on but that we apply what we learn from it as we move forward. I also watch things from the 30,000-foot view, from when potential franchise partners first come in to inquire about Dickey’s through the whole process of getting them open, and make sure we’re doing what we say we’re going to do to support them. I keep our entire team dialed in to set our owner-operators up for success. We can only be as successful as they are, and as long as we’re doing that, we’re moving the needle forward.

rd+d: Given the rate of new Dickey’s store openings, your team must be pretty good at courting landlords.

RP: We are. One of the things we’re really good at is selling Dickey’s. Not only do we partner with good people, but we sell our brand and the infrastructure that we’ve created. A lot of smaller chains that are in growth mode maybe haven’t figured out that operational side to make sure that they’re setting their owner-operators up for success. I think we do that very well. And we partner with our landlords to make sure they understand that this is not just an individual coming in to open a restaurant — it’s a whole organization backing this owner-operator every step of the way. We’re there every day to assist and make sure not only that the restaurant is successful but that the landlord is successful, as well.

A lot of landlords love us, too, because we bring something different to the table. There are tons of sandwich, pizza and burger concepts, but the lack of barbecue nationwide brings an interesting new dynamic to their centers. It makes the centers more appealing to the public to have this type of offering that maybe other centers don’t because they don’t have a good barbecue joint.

rd+d: Any notable changes made to the Dickey’s prototype as you’ve pursued growth through conversions?

RP: A few. We look for 1,000 to 2,200 square feet, ideally freestanding with a drive-thru or endcap with a drive-thru. We try to be sustainable, and renew and reuse as much as we can of what’s already there and just add our Dickey’s finishes. But utilizing existing infrastructure does present challenges. For example, we had to redesign our smoker model to be able to roll it through doors. Previously, when we did primarily new builds, we’d get our smokers delivered during the construction process and finish around them. But with second-generation sites we don’t want to incur the cost of ripping out a window or wall to get the smoker inside, so we had to have our smokers redesigned so they can roll through the door.

rd+d: What have been the toughest challenges or growing pains your group has encountered?

RP: From a logistics standpoint, it’s making sure that our suppliers can keep up. Right now, for example, we’re having an issue with chairs. We need to have chairs at our restaurants in a timely manner so they can open. The same thing with smokers. We’re opening 100 restaurants this year with 150 more planned next year. We need our smoker manufacturer to be able to keep pace. That extends to every step of the development, permitting and construction process. There’s nothing unique about what we’re doing, we just do it faster, so it’s a challenge to get everyone’s buy-in that things can be done at a quicker pace and done properly. We’re constantly pushing because, when someone buys a franchise from us, they’re investing in us, and every day they’re not open they’re spending money. The quicker we can reverse that flow, the better.

We have a new-store-opening team that flies all over the country helping owner-operators with openings. I do lose sleep over making sure that we continually fill that pipeline to keep those folks busy and on the road opening new stores. If we have a lull in sales or a glitch in our system it’s going to affect our workforce and trickle back through all phases of our development process.

rd+d: What about your job gives you the greatest professional satisfaction?

RP: Having suppliers reach out to us and want to partner with us and participate in our growth has been nice. Eighteen months ago, that wasn’t the case. We’d have to fight for those relationships. But the best thing by far is seeing franchise owners come in, with just enough resources to get open, [and then] start making money from day one. When that happens, we know we’ve done our job well. It’s really gratifying to see people trust us and invest in our systems, listen, learn and execute and become profitable. The best compliment we can have is when an owner-operator calls and says they’re ready to do another unit.