Get with the Program

Why is it that we always start on a design with extremely high expectations yet never want to spend the time in the beginning to make sure the outcome meets all those expectations? 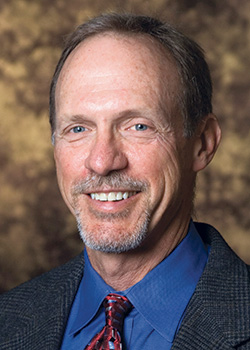 Rick McCaffrey Architect, GHA  Architecture/Development, www.gha-architects.comProgramming, according to the American Institute of Architects, is the thorough and systematic evaluation of the interrelated values, goals, facts and needs of a client’s organization, its facility users and the surrounding community. A well-conceived program leads to a high-quality design. In restaurants, the complexity of the building makes programming imperative. A restaurant has more systems within a small footprint than any other building type. There are PA, security, audio-video, HVAC, beverage and sprinkler systems, not to mention complicated MEP and structural systems.

Yet we very seldom spend the time up front to develop a program that is thorough, specific and systematic. And we too often bring in third-party project partners who don’t have sufficient knowledge of the restaurant industry and/or the concept to fully understand and embrace critical program components — if we even share it with them.

Without a good program, outside designers, leadership-appointed design committee members, focus groups and other internal divisions that may be tapped for input can quickly take design projects — and budgets — way off track.

I speak from experience. For 25 years of my career, I served as vice president of design and architecture for a large casual-dining chain. The type of design projects I was involved with in that capacity centered around the development of new concepts, new prototypes for existing concepts, remodel programs for older prototype designs, cost- and size-reduction programs for existing prototypes, and new operational directions (i.e., drive-thrus or takeout kiosks). 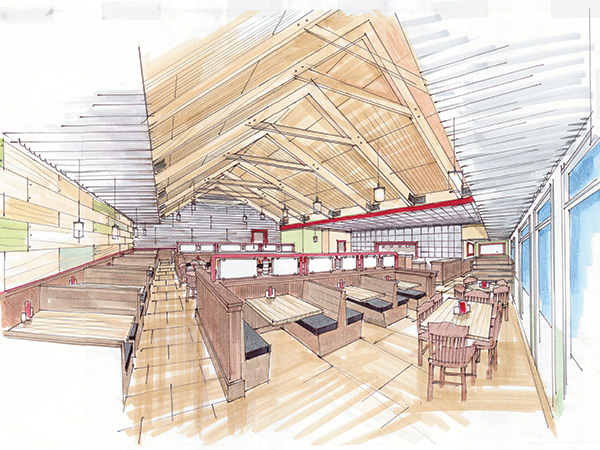 The odds of being able to create designs that are on target and on budget increase when good programs are shared up front with all key parties. Renderings are courtesy of GHA Architecture/DevelopmentChains require such new design concepts for a variety of reasons. Perhaps a new CEO or president has come on board with a new vision for the concept. Maybe the company hopes to appeal to a different customer base, reduce development costs or increase sales through additional venues. Perhaps a special location or market requires a unique approach. Whatever the motivation, when one of these design projects is required, it’s common to see them approached in different ways.

Sometimes you have leaders who have no idea what they want; they only know that whatever it is needs to cost less. In other instances, you might have leaders who know exactly what they want because they’ve seen it in some new, successful, trendy restaurant and want to emulate it. In most cases, the project’s author doesn’t have the time to devote to thorough programming and often has the misconception that too much information up front can stifle creativity in the design process.

In my experience, such projects rarely fulfill expectations because the expectations were never fully identified through sufficient up-front programming. The cost of the designs ended up being enormous, and in most cases, additional tweaking was necessary after completion in order to make them work. And costs weren’t the only issues; codes and basic operational functionality were, as well.

Internal design teams often have the edge over outside firms due to insufficient understanding of brand objectives and project parameters. Programs can level the playing field.Remember when you interviewed architectural and design firms to provide you with that new proto design or remodel program that would lead you to the next step in the evolution toward a more cost-effective, relevant vehicle for your development program? If you’re like a lot of us, you ended up picking that firm known for its unique designs, the one whose work upper management was so convinced would really separate your brand from the competition. Then, once the design was completed, you priced out that unique design only to find that you had to resort to cost-cutting exercises to bring it within budget, adding more architectural costs.

This usually happens because cost wasn’t included in the program. I don’t know how many times I had to redesign a brand-new prototype or a remodel because an outside architectural or design firm was either not given a budget (so as not to diminish creativity) or had very little experience in designing to a budget within the restaurant industry.

I’ve done competitive design comparisons between in-house designers and third-party architectural design firms — extremely creative firms. Time and time again, the difference in results (and ultimately costs) came down to programming. The in-house designers would invariably “win.” They already knew the concept, which is half of the programming battle. You don’t have to explain to them what the concept is that you are trying to create. In the case of outside firms, you do have to spend an exorbitant amount of time bringing those design teams up to speed.

I was involved in a competition to create a new design for an older concept. We had an in-house team of three architects and interior designers competing against teams from three outside firms known for doing extremely creative designs. Each firm was given a stipend and was assured that if their design was chosen, they would get future work. A program was presented to each team, although the program was intentionally short because, again, leadership thought it would stifle creativity to give too much information. This is why the in-house team had the advantage: They already knew the program. When all the presentations were done, comments were mainly about how the designs were either way too expensive to accomplish or had nothing to do with the original concept.

When you start a design, you have a strong leader who directs the design based on specific programming of the concept, or you may have a committee appointed for that project. A committee can be problematic, particularly if its members show up only periodically as designers present their concepts and information. Committee members also often give new direction that was never originally anticipated. Sometimes, that “design by committee” scenario takes you in a completely new direction, which is another reason why up-front programming is so critical to staying on course.

As I got further into my career, design also began to be driven more by marketing than by architecture. Of course, it’s important to have marketing as a component of your design in order to be able to present a cohesive concept. But problems arise when marketing directs the design separate from the program. Marketing tends to use focus groups to test design concepts and gather feedback, subsequently providing the designers with comments on colors, decor items, the look of the building, etc.

When focus groups are used and the facilitator is not familiar with the program, however, it’s all too common for the bulk of comments to come mainly from the strongest person in the group with the rest of the group agreeing — all based on personal preference, not on a program.

This kind of input will water down a design faster than a fire truck with all hoses blasting. When you take information from sources that have no knowledge of the program, the design gets convoluted. The designer ends up in the position of having to incorporate elements that likely have nothing to do with the design intent or the original concept. If you’re lucky, you end up with a design that everyone likes but that doesn’t meet your original program. And it’s probably not a design that’s going to have anyone saying, “Wow! That’s an awesome design,” because it usually looks just like what everyone else is doing.

Programming gives a project its direction. The more complete the program and the more key project partners the program is shared with, the easier it is to create designs that are awesome, on target and cost-effective.