Part of The Indigo Road restaurant group, Oak Steakhouse is a regional fine-dining chain with four locations in the Southeastern United States. The most recent opening took place this summer in Nashville, Tenn.

According to Anna McGrady, interior designer with The Johnson Studio at Cooper Carry, each Oak location is given a unique look and this particular restaurant opened up in a new shell building with 35-foot-high ceilings. Combined, this gave the project team plenty of freedom with the design.

“We could do anything with it. We started looking at the space and how we could create a restaurant that would give a really unique experience. We wanted to use the volume of the space so we’ve got some really soaring high ceilings and other spaces that are more intimate with low ceilings.” 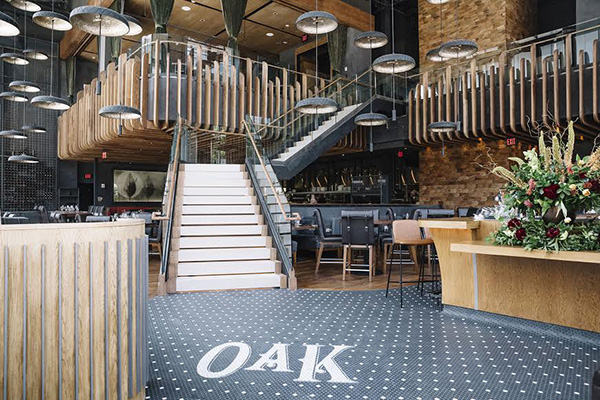 These different spaces were created with a mezzanine, which guests can access from a grand staircase just inside the building. Seats in and below the mezzanine create an  intimate experience while seating areas outside the mezzanine have a more open feel. 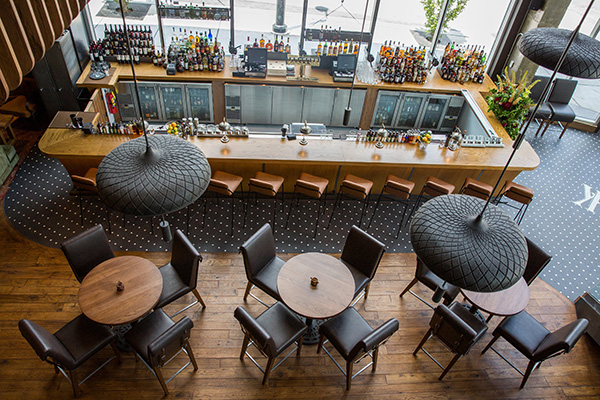 The mezzanine also plays a key role in the story told by the design, noted McGrady: The restaurant itself is an interpretation of an oak tree. The mezzanine is cradled in reclaimed wood slats, meant to be the roots, while a central shaft is clad in wooden shingles, a play on tree bark. Hanging pendant lights meanwhile are custom made to resemble acorn caps — best seen from the dramatic view at the top of the mezzanine. 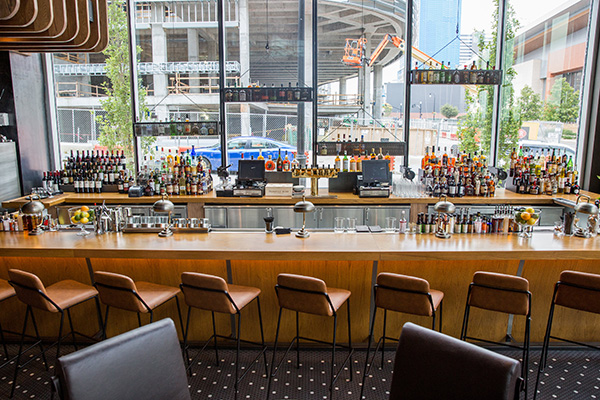 The views are a big part of the Oak experience. At the bar area, for instance, the operators didn’t want shelving and a bar back to block the large windows and natural light. The designers, then, created a set of metal baskets that can be moved up and down with a crank.

“It’s kind of a fun thing. If someone orders something top shelf, something really special, the bartender can crank down the basket and make a real show of presenting it,” McGrady says. 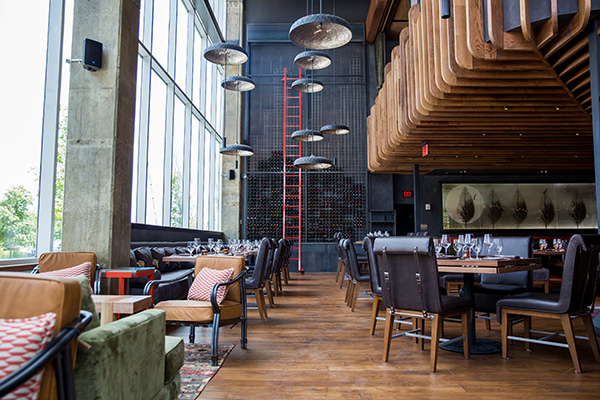 One of the restaurant’s most dramatic design elements takes full advantage of the high ceilings: A massive wine wall, where bottles are laid out in a grid pattern. It’s so large that restaurant staff must use a ladder to get to some bottles. The hope, says McGrady, is that restaurant staffers will use this ladder on a regular basis, adding a bit of theater to the guest experience. 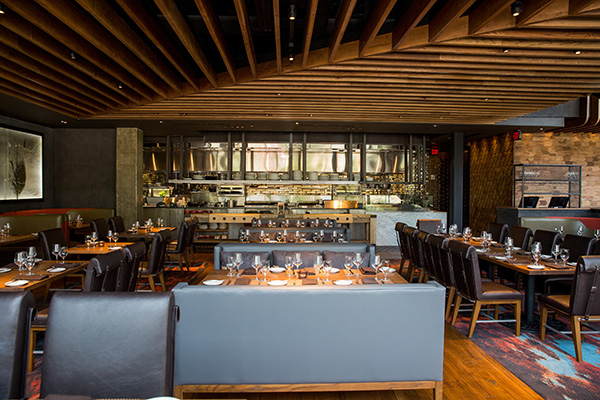 More theater is created via the restaurant’s open kitchen. This space can be seen from the seats underneath the mezzanine, says McGrady, but also from a cut out in the mezzanine itself. From there, guest can look down on the expediting table as the chef sends plated dishes out to guests. 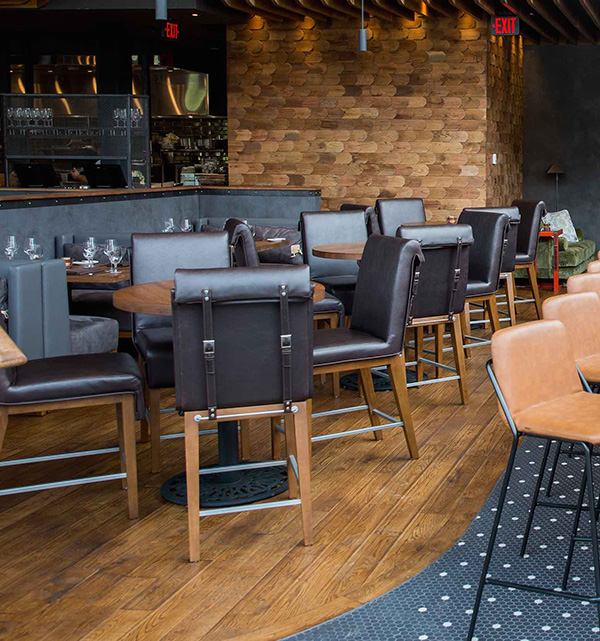 Another goal of the designers was to create a space that felt like part of the Nashville scene. The city is known for its country music scene, so chairs were given leather strapping details that resemble a belt buckle, while plush settees give the restaurant a relaxed, almost laid-back feel.

At the same time, reclaimed wood is used for flooring and other design elements, making the space fit in with its neighbors, McGrady says. “If you walk down Broadway, or into some of the honky tonks, they’re not shiny and new. They’ve been there a long time and they’ve got lots of character. We wanted to bring that feeling into this new space.”