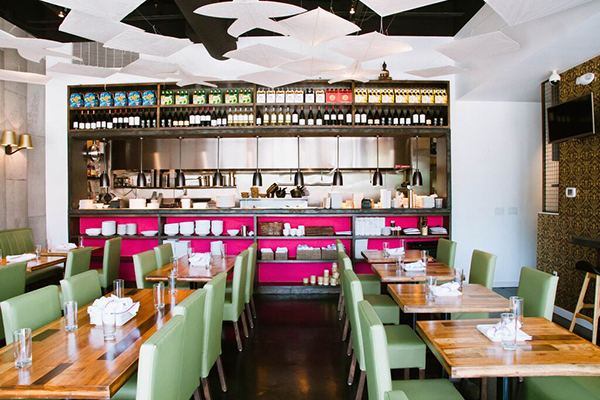 Those who can, do.

The old adage about talent vs. talk applies well to John Paul Valverde and Miguel Vicens. The two are partners in Coevál Studio, a retail and hospitality design firm that has made a name for itself in the Dallas area in recent years.

Valverde and Vicens are more than designers, though. They've been restaurant operators since 2010, when they started Pakpao Thai Food, a concept that opened its second location in Dallas in September.

While Pakpao is a thriving business in its own right, the decision to start the restaurant was rooted in Valverde's and Vicen's roles as restaurant designers.

"For us, it's showing our clientele that we are operators and that we understand the cost of opening up a restaurant, the problems and the things that you need to have in place in order to open," said Valverde.

And, of course, starting their own restaurant gave the two a chance to show off their design style.

According to Valverde, the restaurant is built to give customers the feel of a small, busy restaurant in New York City. To that end, both Pakpao locations have modest footprints, with the original measuring about 1,350 square feet and the second store 2,300 square feet.

One of the most important features in both locations is the open expediting kitchen, which connects to the main production kitchen through a large window. The activity and theater provided by this set up go a long way toward creating an energetic space.

"It's important that in both places when a guest walks in they can see [the kitchen] from almost any spot in the restaurant. Even when you're sitting in the bar you can turn your head and see what's happening," said Vicens. This set up helps the restaurant feel lively even in the middle of the afternoon. While most operations are quiet during that time, prep work being done in the expediting station and production kitchen gives the space plenty of energy. 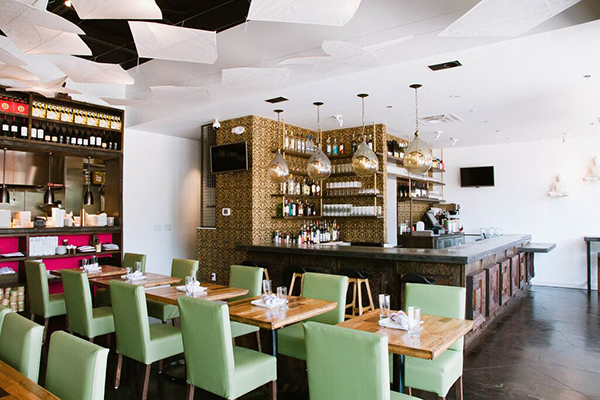 The expo station itself has some extra touches to add to the spirit of the restaurant. Customer-facing shelving has been built into the station. The lower shelves hold plates and bowls and are backed with fuchsia fabric that provides a small jolt. The upper shelves hold authentic Thai ingredients and beers that are actually used/served in the restaurant, emphasizing the authentic nature of Pakpao's menu.

While Pakpao isn't a theme operation, stressed Valverde and Vicens, many other touches that give the restaurant its identity are also rooted in Thai design and culture. Gold and brass, for instance, are popular materials and colors in Thailand, so brass details are integrated into the back bar shelving and wallpaper. Accents in the restrooms are also gold and brass.

Other Thai influences are even more direct. Valverde and Vicens had three Buddha statues custom-made from a stucco/ceramic mix. The statues are mounted directly to a clean white wall, creating a space that is lively and peaceful at once. 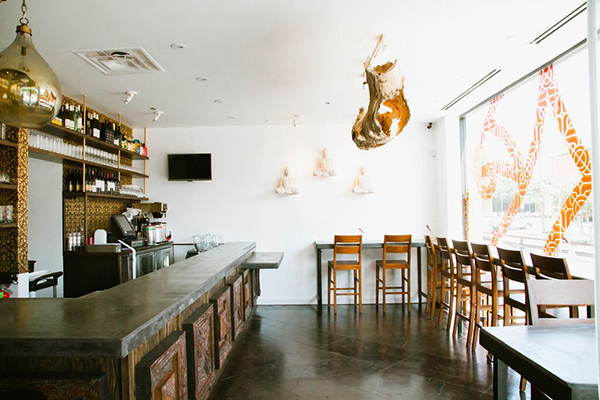 Another custom touch hangs from the ceiling near the bar area: a large section of hollowed-out root from a Thai tree. (Trees in Thailand often have extensive root systems that start above ground.) The root, Valverde said, serves as an art piece in a space that would otherwise have been filled with a light fixture.

Also hanging from the ceiling is an installation that serves as the source of the restaurant's name. Pakpaos, along with chulas, are traditional types of Thai kites. Hanging from the ceiling, then, are several of these kites that are custom-made from white fabric. The kites sway back and forth when the HVAC system is on, giving the impression they're actually soaring.

The energy created by this effect, is very much what Valverde and Vicens like to instill as designers. In the end, the kites, along with all the other touches at Pakpao, allow the pair to showcase their style to potential design customers

By opening Pakpao, said Valverde, "we [wanted to] show clients that they can actually go into a space, see how the operations are run by us, and see the design and actually feel the energy that we love to provoke and create."