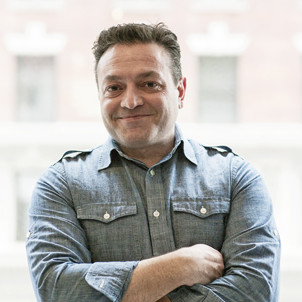 Vincent CelanoMore than a decade ago, a partnership was quietly formed. Vincent Celano, owner of Celano Design Studio in New York City, worked with Elizabeth Blau on Buddy V’s in Las Vegas.

Since then, he’s worked with her on 10 of her restaurant projects, from fine dining and lounge locations to fast casual, including an on-going partnership to expand the Buddy V’s concept. Most recently, the duo worked on the Parq Vancouver hotel, where Blau + Associates is spearheading the food and beverage concepts.

We checked in with Celano to learn more about the business relationship.

What are some of the advantages of having an ongoing relationship between developers and designers?

VC: I’d say the advantage is having exposure with a restaurateur who is always inventing, looking for the new, evolving creatively. A good restaurateur brings creativity and ideas from a different perspective. This is something I love, as we share and eventually collaborate on these ideas.

It’s about defining the experience and creating that thread that ties it all together. A good restaurateur knows what people want before they ask for it or even know they want it.

We take advice and inspiration from each other and talk about what’s next, who’s doing what, and who’s doing it right or wrong, and how we can do it differently and/or better.

What is important when you enter into a long-term designer/operator relationship? Should you share a vision? Should you both work in similar ways?

VC: The vision should be clear, as it’s what translates to the guest experience. We try and establish brand pillars specific to a concept. It’s the DNA basically — all should start from that and take reference along the way.

It’s knowing your part, doing it well, but also understanding and supporting others working toward the same goal. For me it’s also important to listen. Listen to the chef, listen to the operations team. What works, what’s doesn’t, and how can we make it better? It’s more than just the pretty photo for a magazine; it’s important it’s working and functioning long term and has staying power.

How has working with Elizabeth Blau challenged or enhanced you as a designer and as a person?

VC: We are good friends with great respect for each other. It starts with that. Then we get to work. She has high standards and expectations — she pushes the design team to go to the next level. She keeps the energy level high and, as a result, it enhances me as a designer. Personally, I’d have to say understanding the importance of family and great friendships. Anyone who really knows Elizabeth understands its relevance and what this means. 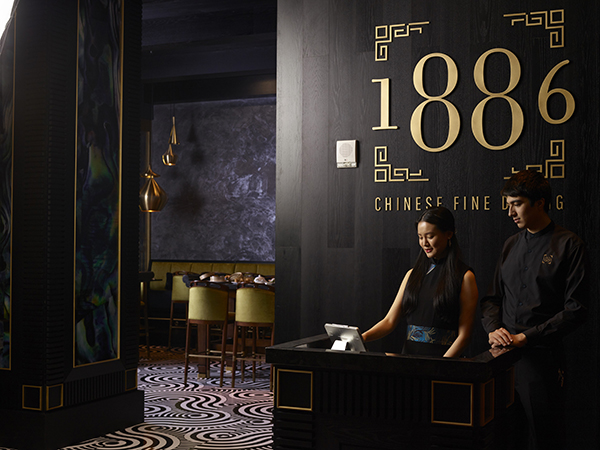 Are there any downsides to having an ongoing working relationship?

VC: None. As a design studio, all our projects are different. We are not style-driven; we pride ourselves on being really good at collecting the ingredients to bring a concept to life. With Elizabeth, we know each other’s processes very well and we often think alike.

We share experiences and work together to define a narrative — who’s the guest, what’s the expectation, how does that then translate to a concept? We build from that. It’s basically writing a story together, like a feature film, except we don’t often have the Hollywood budgets.

Which of Blau’s restaurants have you most enjoyed working on and why?

VC: I’d have to say working in Vancouver on the Douglas Autograph Hotel and the Parq restaurants located in the casino, since it included three completely different restaurant concepts and a boutique hotel with a high-level food and beverage program. But I also like the smaller projects and the rollouts, as we need to make sure we bring relevance to each location, since they are in different cities. We currently have several in the works.

Which challenged you the most and why?

VC: I’d say the Parq Vancouver. It was an ambitious project and anyone else would have failed. We had a good team. Everyone worked hard to make it happen.

How do your personality and Blau’s mesh to make you work so well together?

VC: We are both hard working and independent — old school work ethics, I think. Also, we both enjoy creating a creative and collaboration environment — both the design studio and the restaurant wouldn’t work without it.

Elizabeth Blau was a speaker at rd+d's FED Thought Leadership Summit. Check out her panel here.