Partnering for a More Successful Project 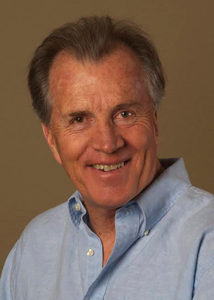 Rudy Miick, FCSI, The Miick Companies, LLCRudy Miick is veteran restaurant and foodservice consultant who has opened hundreds of restaurants in his 30-plus-year career. Though not a designer himself, Miick has worked as a project facilitator and liaison with many designers, architects, contractors and construction managers at both the independent and chain level. Here, he talks about the benefits of a partnered approach to restaurant design and construction.

So, what exactly is a partnered approach? In my view, it is a way of working together on the conceptualization and development of a restaurant that goes back to the ’90s. Partnering came out over time as an alternative to the more traditional subcontractor arrangement in which it’s easy to get sucked into finger-pointing and blame. In any given project, there could be an architect with a design team, contractors, subcontractors, installers, etc., and at any given moment, someone drops the ball. You did that, they did this or didn’t do that, and everything falls apart in battle, typically at the last minute.

A partnered — or collaborative management — approach, on the other hand, keeps us from finger-pointing, and it can keep us nimble and anticipatory, on task and communicating from the get-go all the way to the completion of the project. Good companies work this way as a habit. Partnering as a term seems less acknowledged now than it used to be, but at the same time, it is still a powerful way to bring and build projects together.

One might ask who typically initiates or facilitates a partnered approach. I’ve seen partnering or collaborative management come from any one of a few positions. It could come from the clients themselves, a VP of construction or a facilities manager who makes it clear they want to work together in this way. In many cases, an operations consultant functions as facilitator. For example, I have helped facilitate these projects oftentimes at the direction of the operator. The general contractor may look to work this way to keep more on schedule and better coordinate subs. Other times, the project architect may lead or guide the GC and the whole team to work in this partnered process. Regardless of who offers the strategy and structure of partnering, the idea is that when we get in the weeds, everyone is doing their best to work together to get to a solution, rather than scream at and blame each other.

In my view, a partnered approach consists of five essential steps.

Step 1: Set the tone for partnering.

The message that a project will be a partnered one could happen as early as an RFP. This could be set as a rule or a spec in documentation so the intentions are very clear. Setting the tone for partnering can also happen prior to initial meetings by whoever serves as facilitator. Meeting like this gives everyone the chance to clearly hear that fault and blame will not be part of the project process. Instead, we all agree to own responsibilities for our individual jobs and at the same time agree to work together to get the jobs done. Each participant is accountable for attitudes and actions, with the desired outcome being shared accountability for success.

Partnered projects mean having meetings — whether via phone, web chats, Zoom/Skype or in person. Regardless of the type of meeting, every meeting in a partnered project should function in a proactive mode more often than not. During these meetings, it’s also important to establish a critical-path timeline, meaning having clear-cut deadlines with plenty of lead time. This way, if (and more likely when) there is a delay, course correction happens in advance. No one gets caught off-guard or without notice. The key here is to acknowledge that problems will occur, and sharing information early is far more important than holding back and simply hoping nothing goes wrong.

It’s also important to determine and remind each other of upcoming critical-path junctures or crunch times when we know we’ll be in the weeds. If we’re meeting enough, it is easier to touch base and remain accountable to our individual deadlines while also tackling any unfinished pieces right away.

Mistakes happen. Deadlines will likely be missed. Knowing — and anticipating — that no project will run perfectly smoothly can lead to these problems getting resolved faster. This acknowledgment is the essence of what’s called high reliability. Even when we’re dotting all of our I’s and crossing every T, the world of restaurant development and design is full of Murphy’s Laws. When we anticipate problems and define critical-path junctions, we can be in touch in advance instead of just adding extra padding into deadlines. High reliability acknowledges that no matter how well we plan, there is likely to be a challenge. Thus, in advance, we anticipate and fix problems nimbly and learn from these scenarios. In anticipatory, high-reliability organizations and projects, we’re thinking through all the what-if’s and have a plan in place ready to address them.

A team-based approach gets all the more important as time gets closer to critical-path junctures, such as the opening date of a restaurant. As the project gets closer to its final deadline, meetings should happen more often so the team can work together to tackle any last-minute needs. Working collaboratively to address unforeseen issues, rather than assigning blame or taking a “that’s not my job” attitude, is critical. This is where the lead facilitator on a partnered project really comes into play. That facilitator needs to lead the team with extra communication, planning and problem-solving as the pressure intensifies. But each team player can and should step in to help if they can to get the job done.

Although the architect’s job might be completely done at this point, it’s important to maintain communication with every team player in case any last-minute problems or changes arise. An example is knowing the point person for any given piece of equipment should that piece of equipment break down six months after opening. Also, check again the entire punch list of items to complete before opening during follow-up.

The word “we” is a pivotal phrase. Together, we build a building and successful project. And together, we can make sure it’s still standing and operating well months and years later.