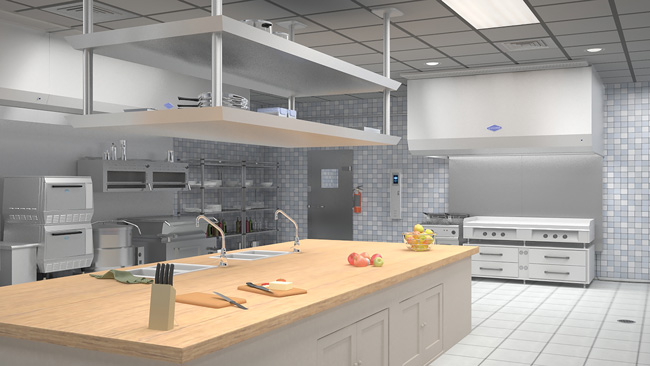 With space in today’s commercial kitchens at a premium, there has been a notable increase in the use of pollution control units that require substantial space to abate smoke and odors.

This has been challenging for foodservice operators who cannot accommodate a fire-rated room or surrender dedicated space in revenue-generating rooftop areas.

Feedback from foodservice industry consultants and designers revealed that adding depth to ventilation hoods would be the best solution. Technology was then created that resulted in the patent-pending Eliminator, the first ventilator of its kind designed to meet the growing need to abate smoke and odor in a small, cost-effective footprint.

During development of this state-of-the-art technology, new commercial kitchen emission standards were being enacted in New York City addressing protein by-products from charbroilers. Gaylord Industries took the step to have the Eliminator independently tested to EPA Method 5. In its commercial test kitchen, the company took air samples, which confirmed that the Eliminator not only met but exceeded New York City’s emission requirement.

A company that was creating a mixed-use development project in New York City got wind of the Eliminator after The NAFEM Show. The new space was originally designed to include only retail stores. After the structure was completed, however, the plan changed to make the project a go-to destination that included restaurants. Unfortunately, with the space already designed and the rooftop designated for outdoor concerts, there were no separate areas to contain dedicated pollution control systems. This meant the restaurant component of the project was at risk. However, after discovering the Eliminator, the developer realized that the necessary capabilities could be contained in an exhaust hood. Foodservice was put back on the development’s menu.

The Eliminator came to the rescue again when one of the world’s largest social media companies was getting complaints from a nearby building that was contending with its smoke and odor discharge. Gaylord Industries flew out reps from the social media company as well as from the building that was impacted to its test site. In the lab, a charbroiler and griddle were to cook between 50 and 80 pounds of steak, chicken and full-fat burgers, the latter of which produces the most smoke during cooking. Both a remote camera and lab monitor were set up to demonstrate Eliminator’s point of discharge. Everyone witnessed smoke pouring into the unit and subsequently disappearing, and then the sniff test sealed the deal.

To ensure widespread code adherence, Gaylord Industries took the time and effort to travel across the country and educate city planning commissions about the Eliminator’s capabilities. It was embraced wherever it went and is now in use across the country.