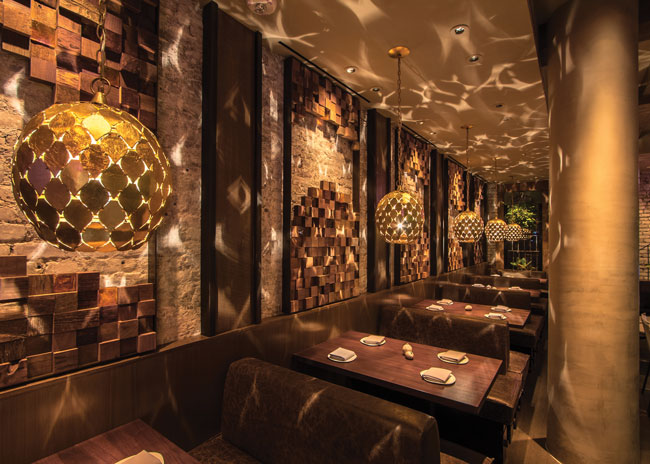 At Wayan, designers created a “tropical-slash-downtown” appearance and ambience for the 2,000-square-foot Indonesian-French hotspot.

At Wayan, the first solo venture in the U.S. for Cedric and Ochi Vongerichten, with partner Ezra William, Rockwell Group designers created a “tropical-slash-downtown” appearance and ambience for the 2,000-square-foot Indonesian-French hotspot. Brick walls in the long, linear space were whitewashed; wood floors and teak paneling were added; and accents of amber glass, oxidized copper, greenery, batik screens and carved wood pieces from Indonesia were incorporated to help set the tone.

The 80-seat restaurant includes a bar up front, open kitchen in the center and main dining room in the back. Lighting sets a sultry, tropical tone throughout, strategically balancing decorative fixtures with ambient and spot lighting and managing the open kitchen’s glow. Kelly Hannon, Focus Lighting’s principal designer on the project, explains strategy and product selection.

Jungle Vibe. The concept and design are inspired by authentic Indonesian cuisine, and we brought that into the lighting as well. We wanted to create the sense of walking through a jungle with lots of dappled light and movement through light and shadow. While we wanted the environment revealed through dappled light, we also wanted to make sure that people look good, so we supplemented decorative pendants with architectural fixtures. All of the tables have recessed accents pointed at them that bounce light back on peoples’ faces, fills in shadows and creates softness. Another pendant, over the banquette in the bar, plays into the jungle theme, too. It has clear balls etched with palm leaves and is visible from the street, making it a great calling card for the restaurant.

Off the Shelf. Budget was tight, so we sourced all off-the-shelf fixtures. Over bar tables, the pendant shades are simple metal sheets with lots of holes punched through; in the dining room, they’re metal covered in gold leaf. We got the effect we wanted naturally: All of the shadows are created by the materials, which adds authenticity.

At the Bar: LED strips recess into the millwork, illuminating two rows of shelves and highlighting sections of amber glass to add a nice layer of warmth to the space. We also incorporated downlights in the bottom shelf to illuminate the counter and get some sparkle off the glassware. There’s a linear strip running beneath the bar top, highlighting the marble on the bar die, and more linear strips illuminating back-bar shelves.

Open-Kitchen Glow. It was important to make sure the light from the open kitchen wouldn’t detract from the environment. We specified recessed LED fixtures that are dimmable and 2700K, which are much warmer than traditional kitchen lighting. We even went so far as to control what lights went into the hood, making sure to balance practical needs with aesthetics.

Finishing Touches. Feature design elements were highlighted throughout to emphasize Indonesian and jungle motifs. There’s a lot of greenery in the space, accented from various points in the ceiling and, in some cases, lit from below. There are also spotlights from the ceiling highlighting areas of exposed brick wall in the dining room; spotlights and sconces illuminating a spice display corridor between the bar and dining room; and LED strips behind carved decorative Balinese wood screens along portions of the dining room wall.

Bulb Basics. When the decorative pendants went up, we got a call saying they just weren’t right. One look, and we knew the problem was the bulbs, not the pendants. The contractor had installed frosted bulbs, but they need clear bulbs (A19s) to create the dappled effect. We made that simple change, and everything came to life beautifully. 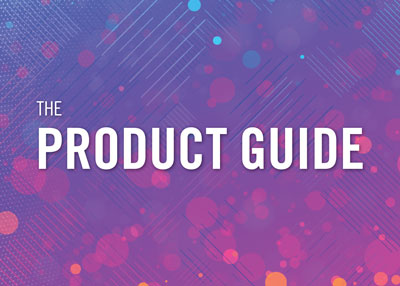 rd+d’s annual Product Guide offers just the right combination of inspiration and information to get you started on your next restaurant project. 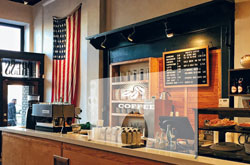 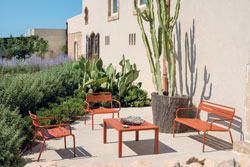 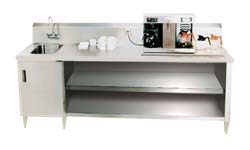 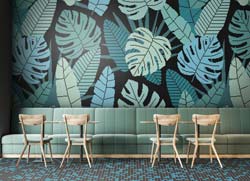 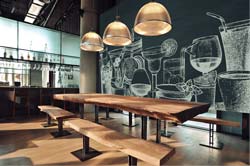 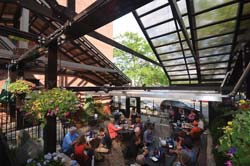 A monthly selection of new products used in restaurant design and construction including building materials, furnishings, equipment, technology and more delivery to your inbox.

Get your product featured for free in print and online in our product roundups. Submit a high-res image and specs for consideration.