Back from Disaster: Mad Hatter Rebuilds After Hurricane 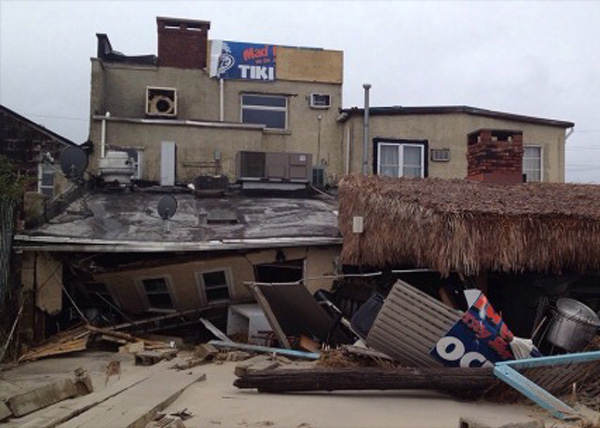 In 2012 Hurricane Sandy blasted up the East Coast, destroying much of what was in its path. One building was Mad Hatter restaurant in Sea Bright, N.J., which had been owned by Scott and Amy Kelly since 2006. While the overall structure of the building remained, it was no longer sound, due to water and wind damage.

Maxey Hayse Design Studios of Montclair, N.J. was tasked with building a new $4-million, 15,000-square-foot location that will be three times the size of the original restaurant. The opening date is slated to be in the fall, six years after the hurricane.

rd+d spoke with Susan Pitaccio, president of Maxey Hayse, about this undertaking.

What will be carried over from the original restaurant, and what will change?

SP: The restaurant will still serve their signature pizza and be a family-friendly restaurant with entertainment. The overall building is much larger than the original building with better views, an updated, expanded kitchen and a new menu. The new design also includes parking and a boardwalk area. 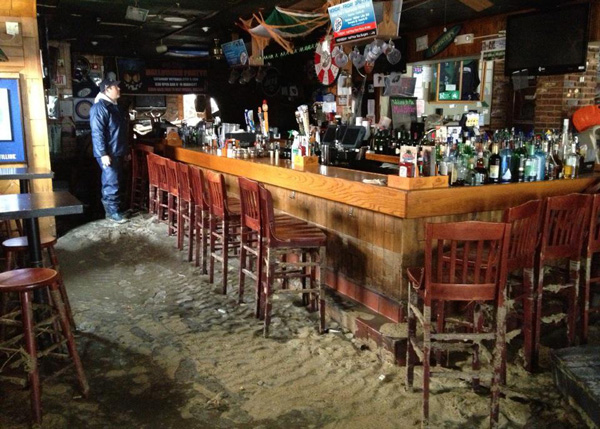 How have you designed Mad Hatter to withstand future weather concerns?

SP: The plan is that the building will be virtually unscathed if another storm comes through.

The building had to meet all current building codes, including increasing the number of bathrooms and adding an elevator to reach the first and second floors. Most importantly, we had to keep the elevator and main building out of the flood plain and out of harm’s way from another storm.

Most post-Sandy construction is now elevated. When designing, we had to look at the new streetscape these elevated buildings will be creating. Since the first floor of the building is elevated 14 feet off the ground we created a boardwalk at the ground level that leads you from one side of the building to the other.

To make the base strong enough to withstand future winds and water we drilled down poles into the ground — so far they actually hit water. Then the building went on top.

All windows on the left side of the building are hurricane proof, thanks to a resistance coating. They might crack but a storm won’t break through and they won’t shatter.

The entire structure is steel and concrete block. We used steel because it’s strong and durable, but we could also get longer spans without any columns because of that strength.

What changes have you been forced to make to the design due to the neighbor who was concerned about the size of the restaurant and the noise it would generate, and thus delayed approval of the new restaurant?

SP: We had to design a very detailed sound absorbing ceiling on two floors. We used acoustical panels with a wood veneer that’s perforated with tiny holes, so the sound goes into the material and is absorbed. You can choose any veneer for it. So now we have the look of a wood ceiling — one is white and the other looks like driftwood. It’s not inexpensive, but we’re getting the aesthetics of the wood ceiling and the sound proofing — so we are getting two things out of it.

The hurricane-proof windows also have acoustical value, which will be especially good as Mad Hatter will hold musical events, and the sound doesn’t penetrate.

The new Mad Hatter is much bigger than the old one; what have you added?

SP: We’ve added the pick-up with delivery to the beach; a retail store, a much larger second floor kitchen; more dining space; a stage; a lounge; and a banquet space. 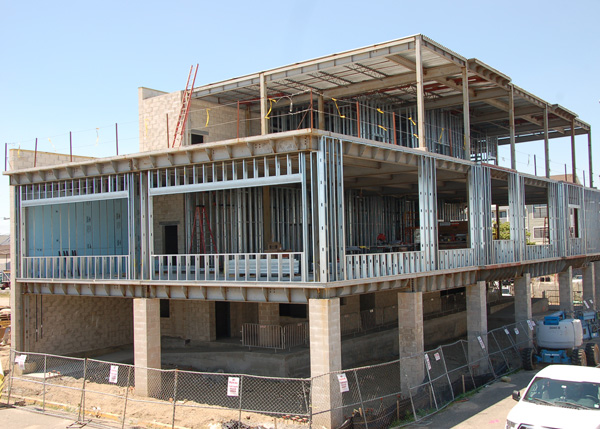 SP: This interior will be an eclectic beach interior with a bit of quirk. A fun beach house for all to enjoy. The first floor has two bars — one large rectangular bar and one smaller bar. The first floor also has a stage, a partially open kitchen and riverfront views.

The second floor is set up as multifunctional bar, lounge, and dining room with an outdoor deck that has two fire pits, another bar and two firewalls, and views of the ocean with New York City in the distance. The second floor will also be used for private parties and corporate events. There is a second-floor balcony off the lounge area for viewing sunsets over the river.

What have you been able to salvage from the original Mad Hatter?

SP: Not much! We will be re-using the old Mad Hatter bar top as the cash wrap counter in the new retail store.

For more on disaster preparedness and rebuilding:

Coming Back from Disaster

Is Your Restaurant Ready for a Disaster?