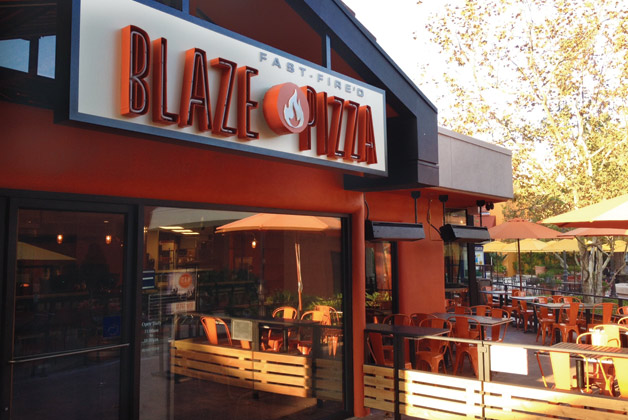 The fast-casual pizza segment continues to sizzle, tossing a whole new competitive element into the mix for both traditional pizzerias and other fast-casual concepts. Here’s a look at recent development moves made by three up-and-comers.

Currently operating stores in the Dallas-Fort Worth market, Pie Five has awarded 2 franchise development agreements with rights to open up to 18 locations in Charlotte, N.C., and across Utah.

Additional corporate and franchised expansion is planned for Florida and Kansas.
Pie Five specializes in handcrafted pizzas ready in five minutes. Guests can choose from among 4 crusts, 7 sauces, 4 cheeses and more than 20 toppings. The store prototype, designed with a contemporary mix of wood, stainless steel, industrial lighting, communal tables and pops of red and black, is 2,100 square feet and seats 70. It targets mixed-use developments in upscale, urban neighborhoods.

Uncle Maddio's plans to open 20 new restaurants throughout the Southeast by the end of this fall and to have another 100 units in development. The chain opened restaurants in Dunwoody, Ga., and Charlotte, N.C., in early March; four additional units were slated to open by May, two in the Atlanta area, one in Knoxville, Tenn., and one in Tallahassee, Fla. Most units are in-line and measure approximately 2,800 square feet.

The concept emphasizes quality ingredients, including hormone-free meats and organic and local vegetables. Guests can choose from among 12 menu pizzas or build their own, choosing from 45 toppings, 6 sauces and 3 crusts. Pizzas come in three sizes and bake in six minutes. Other menu items include salads, Paninis and desserts.

Since the start of this year, Blaze Fast-Fire'd Pizza has announced a trio of area development agreements that have 24 units on the horizon in markets including New York, Connecticut, Wisconsin and Southern California. The company claims to be on track to have 20 area developers under contract by the end of 2013.

Blaze's prototype calls for freestanding stores with 1,800 to 2,200 square feet and seating for 80. Industrial, modern and hip describes the concept's design theme. The menu features artisan pizzas as well as make-your-own options baked in about two minutes in a blaze orange, open hearth oven. All pies are 11 inches and guests can choose from among some 30 familiar and upscale toppings. The menu also features salads and a signature S'more Pie dessert.