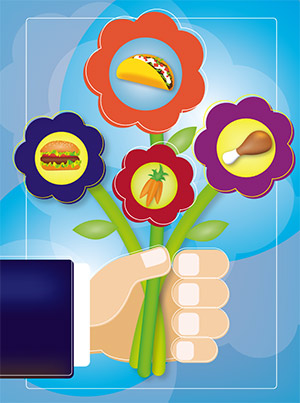 As more restaurant franchisors embrace an asset-light approach, what they look for in franchisees continues to evolve dramatically.

In early July, the research group TDn2K reported that since the recession there has been a "clear pattern of consumer behavior" that shows people are choosing to eat in chain restaurants less often. Instead, the research group noted, consumers were more likely to visit supermarkets, food trucks and convenience stores.

To prove the point, TDn2K said guest counts had dropped 1.7 percent in the second quarter of 2015, a quarter-to-quarter decline of 1.2 percent. Worse yet, guest counts have tumbled for three consecutive quarters and have failed to achieve a quarter of positive growth in four years.

So you have to wonder why multi-unit franchisee Anil Yadav recently boosted an already substantial portfolio by adding 64 TGI Fridays restaurants to his fold. The legacy brand, which turned 50 this year, hasn't been a "hot" or growth concept since the 1980s. "We want a brand that has not only been through tough ups and downs and can survive from a consumer acceptance level but also one that has a plan as to where leadership wants to take it," says Yadav, founder and CEO of 375-unit JIB Management.

These days franchisor leadership appears smitten with the "asset-light" model, i.e., selling off company-owned restaurants. That process, in turn, has led to significant amounts of refranchising (and lending) since at least 2009. McDonald's, for instance, has announced it will sell roughly 3,500 company-owned restaurants to well-capitalized franchisees. Officials at the giant burger chain are simply following the lead of Wendy's, Burger King and Denny's, which have trimmed costs and reduced risk via refranchising.

Yet even more to the point, many franchisors — regardless of whether they are in refranchise — now prefer to seek multi-unit franchisees. These operators are capable of both opening new locations and remodeling the tired restaurants they may have refranchised. But what's particularly attractive about them is, like Yadav, they have a company infrastructure that boasts IT, HR, training and marketing departments.

So for many large brands, the days of one- or two-store franchise agreements have passed. The same applies to younger brands that want to grow quickly in markets beyond home base.

As a result, many franchise executives continue to comb their contacts, hire third-party recruiters, offer incentives and pore over the Monitor 200, a detailed list of the country's largest foodservice franchisees.

"If you can attract a larger, well-capitalized franchisee with multiple brands and a track record, there is appeal to that," declares Fiesta Restaurant Group CDO John Todd. "But how many of those guys are out there? Everyone is going after the same top thirty."

What franchise executive worth his or her paycheck wouldn't want to hook up, franchise-wise, with a multi-unit operator whose company rings up from $200 million to $280 million? That's the range of sales for the top 40 multi-unit operators on the aforementioned list. And almost all of them operate more than one concept, meaning they're likely to have geographical range as well as infrastructure.

But how do franchisors attract their attention? To find out, I talked to Kevin Hogan of Liberty Development Consulting, who has worked for many franchisors. He begins with a lesson about terminology and qualifications.

"Over the years, a lot of people have used 'area developers' interchangeably with either master licensing or someone who does multi-units," he explains. "I don't use that term. We are talking about multi-unit developers, not sub-franchising."

What's more, the definition of a multi-unit developer may depend on Hogan's client. "There are thousands of multi-unit operators. The guy who operates four Subways is one. He may or not fit our profile," Hogan says.

If the franchisee fits the profile, Hogan begins to recruit: "Then, we identify the markets, go there and proactively solicit multi-unit operators. As opposed to waiting for someone to call you."

Not surprisingly, Hogan doesn't think ads or franchise portals work very well because franchisors have no idea who they're targeting. He doesn't recommend cold-calling, either. "You have to do something really over the top to get their attention," he suggests.

Hogan, however, is reluctant to divulge any of the extraordinary means he's taken to grab attention. "This is how I make my living," he protests. Then he relents, recalling that he once Fedexed bagels to a potential franchisee's office. "I figured that would get attention because someone would open them and say, 'We have bagels,'" he explains, adding he now had a reason to make a follow-up call to confirm their arrival. "That's an example of over the top."

"The 'Monitor 200' serves as the number one recruiting list for everyone who has a restaurant brand and is franchising," declares Newk's Eatery CDO Chris Cheek. "Yet franchisors relying on that list alone will never hit their franchise target." That's because the biggest multi-unit operators are looking for top performing brands, may operate a competing concept or might never see your email or ad — or take your call.

Cheek instead plumbs greater depths for large franchisees who desire a fast-casual concept with a base of 82 units. "We've gone deeper than the top 200 to the top 400 and even 500. There are good 10-unit Five Guys franchisees out there, for example," he says.

Because those multi-unit developers do not readily pop up on lists, Cheek makes sure Newk's is well-represented across several platforms. "We've always had the philosophy that to hit franchise sales targets you have to have five or six tentacles out there at all times," he says, ticking off PR, direct mail, email, print ads, referral programs, trade shows and speaking engagements.

Cheek, currently scouring the southern U.S. for deals, maintains the top 400 franchisees can access capital without issues. "At that level, banks are knocking on your door to loan money," he says. Year-to-date, Newk's has signed several 3-store agreements and 10- and 15-store deals.

Yet what if you're not a newish fast-casual brand like Newk's? What if you're a 55-year-old brand, like Denny's? You focus on unit economics, particularly cash flow.

"First of all, the trends with the big guys have changed over the years," says Steve Dunn, senior vice president for global development for Denny's. "They seemed to want to build lots of stores when there was easy money, but that has all changed. Today, what they're looking to buy is cash flow."

Dunn, who oversaw Denny's franchising program of a few years ago, says today he targets multi-unit developers who want to get bigger as opposed to being what he describes as a "straight acquirer."

"We want people on board who have plans to grow," Dunn adds. "I wouldn't say we wouldn't look at a straight acquirer, but that type of group isn't top of our list." Already, the brand's 36 multi-unit operators control slightly more than half (52 percent) of Denny's entire system, now 91 percent franchised, according to company filings.

To attract multi-unit operators, Denny's also offers incentives "on the new-growth side" that taken together with franchise fee reduction and development assistance can add up to over $1 million, Dunn claims.

After five decades, franchise officials at the 1,694-unit chain don't have to introduce the concept. "We don't do road shows as much anymore," Dunn admits. "We deal with people directly and handle everyone one-on-one."

JIB Management's portfolio — Jack in the Box, Denny's, Sizzler, El Pollo Loco, Corner Bakery and TGI Fridays — contains nothing but legacy brands. And Yadav is happy about that. JIB, for instance, recently refranchised 64 TGI Fridays and agreed to open at least 20 more. Yadav is convinced management wants to grow the system while updating existing units.

Yadav's decision process to franchise includes determining whether the franchisor is growing units or merely maintaining the cash flow multiple the price is based on. "That's what goes through my mind when deciding whether to invest in a brand or not," he says.

He also applies math. "I do a lot of shock-wave analysis," he says, adding that he factors in a 10 percent to 15 percent sales decline scenario. He won't chase deals or stray from the profile he creates.

Emerging brand franchisors, especially fast-casuals, will have to cool their heels. Yadav likes those concepts, particularly pizza. "I may consider franchising," he says. "But right now, if you haven't been in business for 10 years, I'll probably just be a customer unless it's a deal that makes a lot of sense."

Yadav, who's continually approached by franchisors, concedes he says no to just about everyone. "Otherwise we'd have about 500 brands in our portfolio," he chuckles.

Until last year, Gala Corp. President and CEO Anand Gala operated Famous Dave's and Applebee's restaurants, ranking among the top 200 multi-unit operators in the country. Gala has since sold his 18 Applebee's restaurants, though he still franchises 11 Famous Dave's locations. Gala used some sale proceeds to fund his own concept, a fast-casual eatery operating as Fresh Grillers.

rd+d: What kind of metrics make a difference?

AG: On new unit development, it has to have 1.5 x 1.0 sales-to-investment ratio at a minimum and a 20 percent store-level EBITDA. If you can't do that in California, it's not worth building — and that is extremely hard to do.

rd+d: Which segments meet that criteria?

AG: It's too broad to discuss by segment. Some brands fit into fried chicken. Bojangles and Zaxby's do a good job. And a new one called Slim Chicken, too. It's in the chicken tender business. Sandwich chains do a very good job, too. I hear Which Wich is differentiated, high quality and delivers a strong return even in challenging markets like California, where you have high costs like wages and occupancy.

rd+d: Apart from numbers, what else do you look for in a franchisor?

AG: The biggest thing is they're well capitalized and have an existing infrastructure. Do you have legal, HR and IT, for instance? What kinds of support do you have? And what's the culture like? Franchisors have to earn the royalty. It's not just 'you pay me a 5 percent.' That kind of royalty doesn't mean anything.

rd+d: Does the franchisor have to have multiple company stores or skin in the game, if you will?

AG: In the early days, it used to be 20 percent to 30 percent company-store ownership. Today, it's 5 percent to 10 percent. They do have to have sufficient locations where they're testing and evolving the brand. But they don't need 20 percent to 30 percent of the system. Otherwise, they get too focused on their own business, and franchisees become a source of royalty income and nothing more.