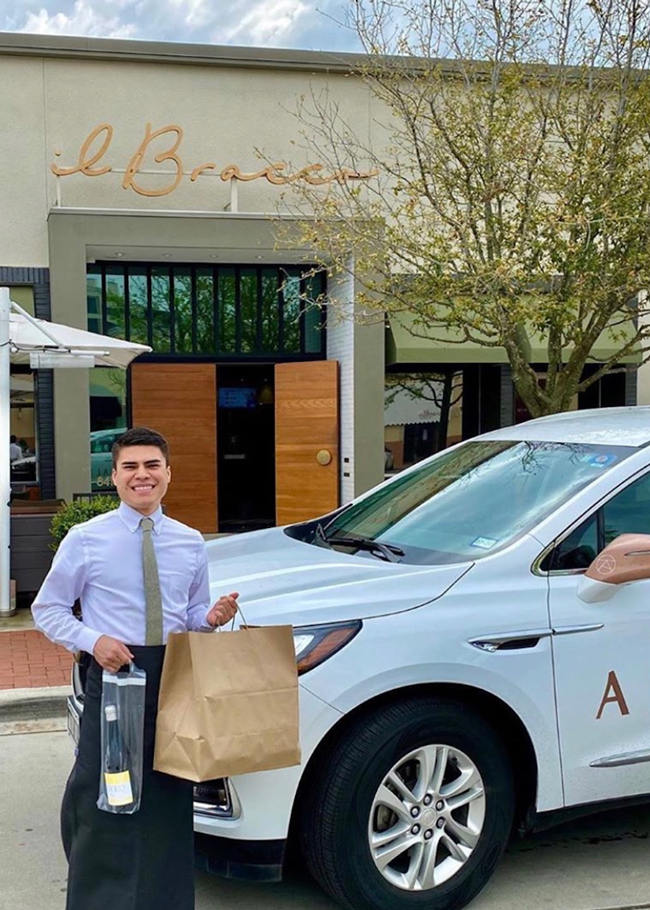 Cleanliness is the No. 1 concern of consumers today, with great taste coming in second, according to a report, COVID-19: Into the Home by Datassential, a Chicago-based market research firm.

There’s nothing normal about the times we’re living in now. Restaurants have been ordered to close their doors and many have pivoted to offering curbside pickup and delivery. But consumers’ fears are strong and they’re real. How are restaurants alleviating guests’ fears and keep their pickup and delivery options safe?

At TJ’s Seafood Market & Grill in Dallas and Malibu Poke in Dallas and Austin, Texas, all staff wear gloves at all times, says founder and owner Jon Alexis. In addition, he points out, “gloves are changed frequently and after every guest interaction; all surfaces are sanitized every two hours; and guests signing a credit card slip are offered a box of gloves.”

Roy Rogers restaurants are cleaning and sanitizing surfaces, restrooms, door handles and other high-touch areas much more frequently. This Frederick, Md.-based chain also has “manager walks” every 15 minutes “to quickly identify areas both inside and outside the restaurant that may need attention,” says Executive Vice President Jeremy Biser.

Another significant change at this concept is the closure of the recognized Fixin’s Bar. “Instead we created signage letting our guests know they could request a Fixin’s Cup with many of their favorite toppings to customize their sandwiches,” Biser explains. “We also removed all self-service condiments, utensils and napkins, and our associates now provide them to guests with their orders.”

il Bracco in Dallas has installed hand sanitizing stations at every hand sink; and has spread out its prep stations — since there are fewer right now — to keep cooks six feet apart whenever possible. In the front of the house, the restaurant has placed hand sanitizer, sanitizing wipes, and single-use gloves at all guest touch points.

Buca di Beppo is going one step further at its 101 locations. “We’ve changed many of our procedures starting with receiving shipments,” says Robert Earl, founder of Earl Enterprises. “All shipments are kept outside of the building where boxes are broken down — so all the packaging remains outside.”

The Orlando, Fla.-based chain has also implemented procedures to monitor handwashing: Every 30 minutes an alert sounds to remind staff to wash their hands; and, the chain is starting to take the temperature of every employee at the start of every shift, they are currently in the process of sending thermometers to each restaurant.

It reassures customers to see restaurants taking these steps, says Brandau. “You can’t go over the top right now.”

Restaurants should also pay attention to how food is packaged, Brandau adds, and Datassential’s research shows that overall, 29 percent of consumers are concerned about how their food was packaged.

There are two very simple steps restaurants can take to alleviate consumer worry on this count, he points out “to make people feel you’ve done absolutely everything.” One is providing disinfecting wipes in to-go bags “because not only are people wiping down their surfaces, but a lot of people disinfect the packaging before they open it.”

The second thing is putting seals on packaging, which could be as simple as a kitchen label. “That’s another way to indicate that a package hasn’t been opened,” Brandau points out. “If you want to individually wrap everything before you put it in the bag, that might help too.”

TJ’s Seafood and Malibu Poke are now placing all to-go food on top of parchment paper so guests can easily transfer it to their own plateware, and Wayback Burgers locations are double taping their bags both for delivery and takeout so they’re completely sealed, says Patrick Conlin, president of Jake’s Franchising, parent company of the Cheshire, Conn.-based fast-casual chain.

Another important component of take-out and delivery for restaurants is payment. Restaurants are encouraging consumers to pay remotely when they order through their phone or computer.

At il Bracco, servers go outside to cars with gloves on and freshly sanitized pens to accept and return credit cards. The chain also implemented online electronic gift cards. Famous Dave’s, based in Minnetonka, Minn., has implemented a wireless mobile payment device that can take a payment right at a guest’s car. 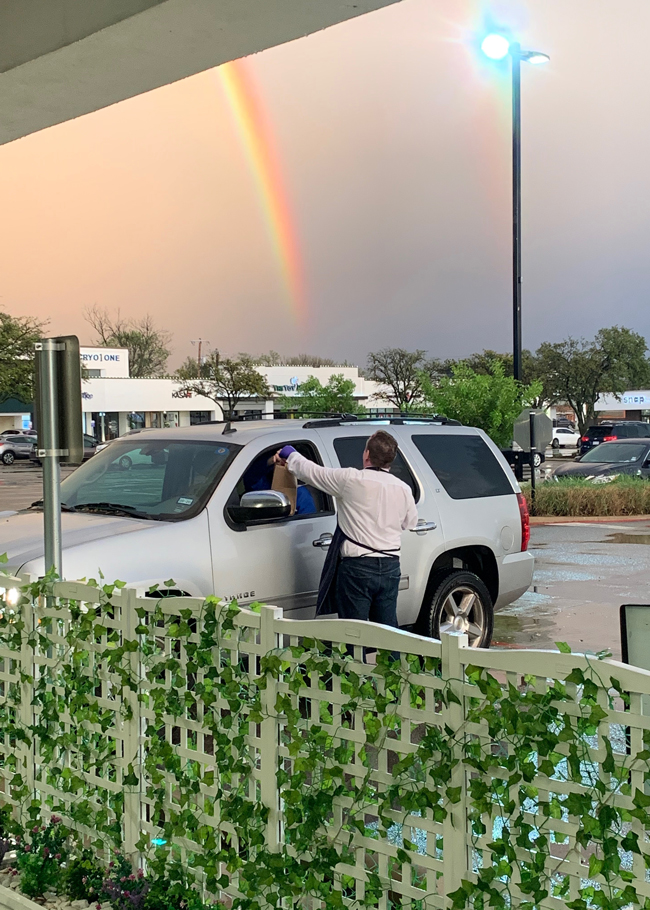 TJ's Seafood. Image courtesy of Brett Martin.The final piece of the puzzle is reassurance. Guests are still visiting restaurants, albeit in smaller numbers.

Jon Alexis has trained his staff “to speak intelligently to guests with questions,” and is showing videos on social media to highlight the specific precautions his restaurants are taking.

Mighty Quinn’s, based in New York City, is using its social media channels and email distribution list to notify guests about the precautions it’s taking. But, points out co-founder Micha Magid, “a by-product of our free food for hospital employees program is also sending a message that we're serious about what we're communicating.”

Nate Hybl, founder of gusto!, a chain of five fast-casual restaurants in Atlanta, has put up signage on his restaurants’ windows with a list of what the chain’s doing to ensure pick up and delivered food are safe, and has sent out other messaging out through text, email, and social media.

When it comes to communications, “the most important thing to be transparent about is that you’re taking care of your food safety, your customers, your staff,” says Brandau.

“What consumers need right now in such an uncertain time is certainty, and what operators have the power to communicate with certainty is their strategy for making every transaction as safe as possible. Be transparent with customers as often as possible through email, social media, and any other platform you have.”