The Rise of Bar Dining 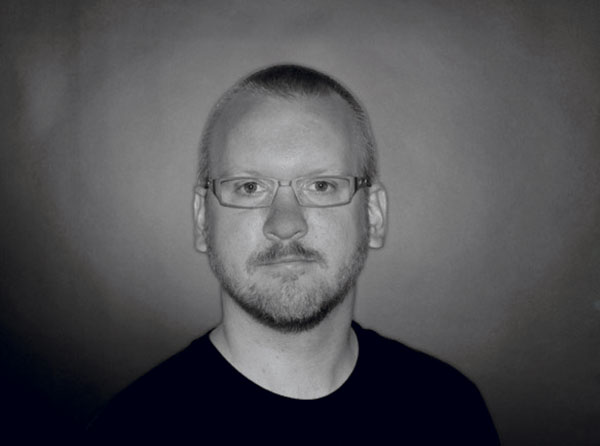 At many new restaurants, the best seat in the house is at the bar.

Once relegated to the role of before-dinner assembly spot or entirely separate entity, the bar area has been folded into dining rooms both in approach and function. Today, it’s not uncommon to see every person at a restaurant’s bar ordering a full meal, and increasingly, patrons are making bar seating their first choice when dining out.

In upscale restaurants, bar seats can help introduce people to a restaurant, allowing them to take the measure of a place by trying a drink and snack without committing to a full meal. Friends can join or leave a group at a bar, move on to another place for a few more bites, or run into others and easily assemble a larger group. It’s a less rigid style of dining that pulls in a younger audience and those looking for a last-minute dinner without reservations. And with the proper setup, bar seating can extend a restaurant’s peak dining hours on both the early and late side.

With many banquettes putting guests closer to their neighbors than their dates — never mind the awkwardness of squeezing between tables — a growing number of people simply consider sitting at bars to be more comfortable. 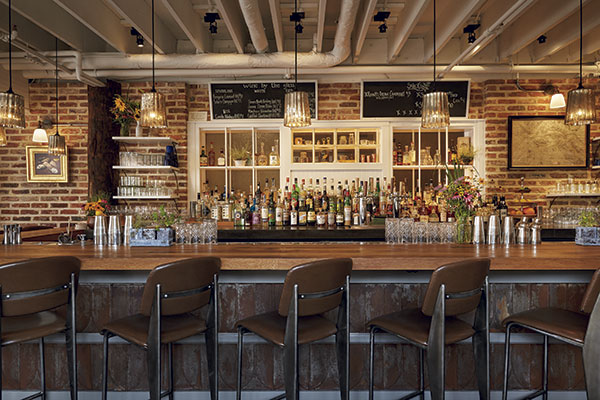 The DabneySome kitchens offer a few extra items or a whole additional menu to bar patrons. At The Dabney in Washington, D.C., a $4 pork belly slider may not make sense in the context of the dining room menu, but at the bar, it’s a fun way to start a meal. For kitchens, bar menus offer a way to use trimmings and off cuts or to test items for feedback before committing them to the regular menu.

With so many restaurants shifting away from traditional entrées, whether it’s toward smaller shared plates or larger family-style dishes, it’s easier for a couple of people to pass and share dishes while sitting adjacent to each other at a bar than it is at a table. Bars are the best kind of communal tables — they bring strangers together more comfortably than a table would.

Recently, I was sitting at a bar when one couple asked a couple near them what they were eating. It was a delicious-looking shortcake. They were crestfallen when the bartender informed them they’d run out of the dish, but the couple with the shortcake immediately offered to share. It’s the kind of interaction that just doesn’t happen in a dining room, and the resulting sense of community is invaluable.

It’s also easier to become a regular at a bar, where a few bartenders learn your drink preferences and favorite dishes, than it is in the dining room, where you might be seated in a different server’s section each time. For those who aren’t regulars, bartenders can be valuable guides. As a solo traveler, I dine at a bar at a nice restaurant on my first night in a new city and walk out with all the recommendations I’ll need for the rest of the trip. Bartenders know the best spots, and nearby patrons often jump in with their own picks.

As a rule of thumb, we plan anywhere from a quarter to a third of a restaurant’s total seating at the bar and adjacent high-top tables, a marked increase from even a few years ago. But just as important as the size of the bar is its location in a restaurant and the way it changes the atmosphere of a space. At The Dutch in Manhattan, the bar sits in the center of the small dining room, lending its energy to the surrounding seats and giving the room an active focus throughout the day. Even for those dining at tables, nothing sets the tone like the sound of a cocktail being shaken.

If a restaurant’s bar is intended to be a part of a dining experience and not just a destination for drinks, views are paramount. At The Dabney, the 10-foot hearth and expo table are visible from every seat at the bar, giving patrons views of the food coming out of the kitchen and increasing the likelihood they’ll be ordering. Small pots of herbs used in cocktails sit on the bar top, providing a reminder of the restaurant’s rooftop garden, and a row of salvaged windows lining the back bar hints at the dining room beyond. When you’re sitting at a bar and facing the wall, every visual cue counts.

Chef’s counters are appealing, but unless the chefs are directly interacting with the patrons, they can result in a disappointing dining experience. At New York’s Brooklyn Fare and Washington, D.C.’s Red Hen, the pitfalls of chef’s counter service are avoided by wrapping a bar in front of an open kitchen. Bar patrons face the action in the kitchen while receiving service from a bartender, and the staff gains a protected service aisle between the bar and kitchen.

Even at the highest levels of dining, a bar seat stacks up well against the dining room. In a recent chat about a new restaurant he rated four stars, The Washington Post’s food critic Tom Sietsema remarked, “I figured the counter at Pineapple and Pearls would be a lesser experience. But, boy, was I wrong.”

The appeal of dining at a bar isn’t limited to later hours, as the quicker service of having a bartender within a few steps lets people make the most of their lunch breaks. Beyond the staff, there are some small hospitality touches at a bar that can help elevate the experience — electrical outlets and USB ports under the bar for charging phones, as many purse hooks as possible, a small lip at the edge of the bar to prevent any spills from reaching diners.

Just one corner of our 3-sided bar ... which opens at 4pm everyday! Come by for a drink! (????: @foodnetwork) #cocktails #wine #nyc #draaaaanks #GatoNYC

Of course, allotting more area to bars and bar seating can have its drawbacks. On a square-foot basis, bar seating is less efficient than table seating. Peninsula or island bars, as seen at Gato in New York and Pier One Hotel in Sydney, can help alleviate this issue by providing greater efficiency in seat count and by allowing the bartenders to serve more patrons while covering less ground. With overflow crowds standing and the energy of a bar rising as the night goes on, bar areas can also be louder than dining rooms and require more sound treatment or physical separation from the dining area in more subdued restaurants. It’s harder to control the guest experience at bars, but it’s a place more and more diners want to be. We should plan for it.