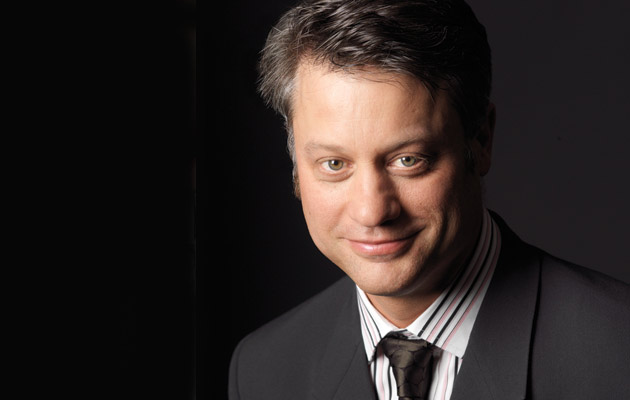 We did so by adding a fourth color we called crust. It's dark ochre, pretty much the color of pizza crust. We called it crust because we felt that they had that color in their food, and we wanted them to take credit for it. So we warmed the entire palette up with that fourth color, as well as with stainless steel and wood tones. The color issue seems like a small thing, but it actually got us started into realigning Domino's into a place where customers would want to hang out.

Domino's units have typically been back-of-the-strip-center type places that fit the original delivery model, so we were working with not-so-great real estate and tried to make the spaces inviting enough for people to take notice and want to go in. We added an awning outside to give a café kind of feel and an eat-in counter at the front window. Touches like a welcome sign made from a pizza peel help convey the food and fresh ingredient messages. We also wanted to add a patina to the materials to give the units a well-established, part-of-the-neighborhood look. Blue is still a dominant color, but we used things like brick and wood siding to warm it up and give it a patina. So, even on the outside we wanted to break down the perception that this is all about speed and efficiency. We wanted to give cues that this is a different Domino's experience, one centered around food, freshness and quality more so than just a quick takeout meal.

There was a lot of science behind how the pizza was created here. They had all of this worked out in their old prototype, and it had to be worked out in the new one as far as the order of the pizza stretching, the adding of the sauce, the adding of the ingredients and then flipping it into the oven, out of the oven to the cut table and into boxes. It's very circular, and that's how they do business. That wasn't going to change, so our challenge was to figure out how to expose all of that to the customer, which the new design does without any impact on production speed.

We created a working model in a warehouse near Ann Arbor to make sure there would be no surprises. This model store was created with the employees and the customers in mind to see what the efficiencies were and if there were design modifications that needed to be made. We did lots of test runs: There were pizzas made, there was a real oven and real ingredients, all of the equipment was there, and there was custom cabinetry, etc. The idea was to make sure that this thing was going to run smoothly from day one. When it went live there were no surprises because it had been tested and tweaked during the design process.