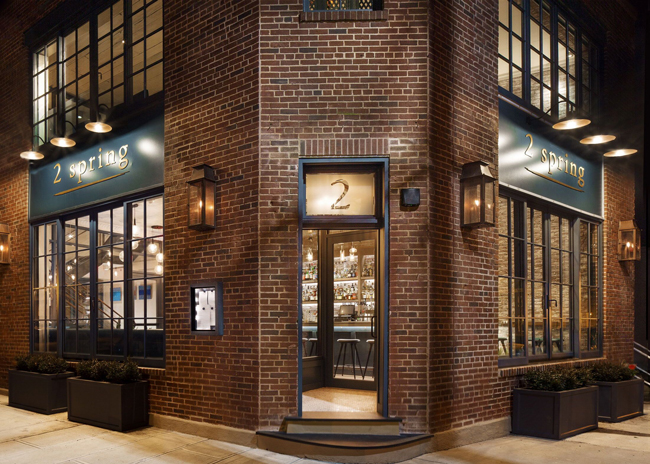 Located 30 miles east of Manhattan, Oyster Bay, N.Y.’s colonial history dates back to the 1600s, with a downtown that includes buildings hundreds of years old. A new operation there, 2 Spring, seeks to embrace this history. The restaurant offers a rotating menu of American fare served in an upscale yet comfortable environment that feels established and long-standing.

“This particular building was from the ’20s. We were looking to do something that really echoed that but maybe in a richer way than the original building did,” says Jim Smiros, partner with Smiros & Smiros Architects, which handled the projects architecture and architectural interior, such as the back bar and stair design. Sophie Thibon worked with the architectural team to create the interior design scheme for 2 Spring.

These echoes begin on the restaurant’s exterior. The designers kept much of the original brick work as well as the door and first-floor window locations.

There were additions, of course. New gas-style lamps were introduced to the outside, as well as new second floor windows to match those just below. Signs for the restaurant were also added between the two sets of windows “to give the appearance of two-story windows,” says Smiros. 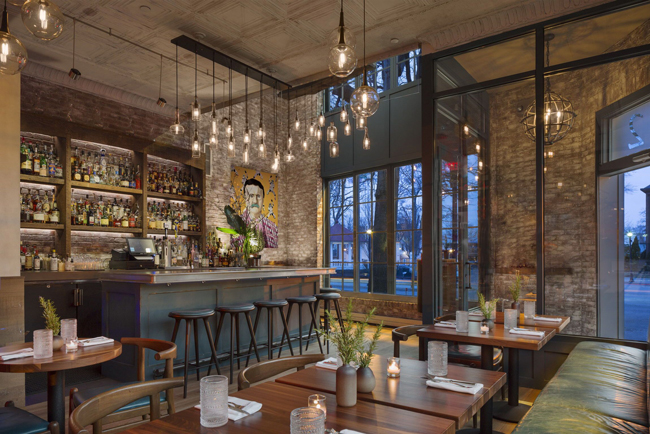 Additional elements to give the restaurant an aged took were incorporated into the interior. At the beginning of the project, the space had a tin ceiling that was in poor condition and needed to be replaced, says Smiros. A new tin ceiling with an added patina was put in its place.

The designers used a similar method with the walls, which were given a thin brick covering, “to have it look like we removed the finishes and just expose the original brick. It looks like it had just been stripped down. We put a white finish on it to make it look as though we had just removed the plaster,” Smiros says.

Also new, he notes, is the hardwood flooring along with cloud lighting elements that make use of old liquor and apothecary bottles. 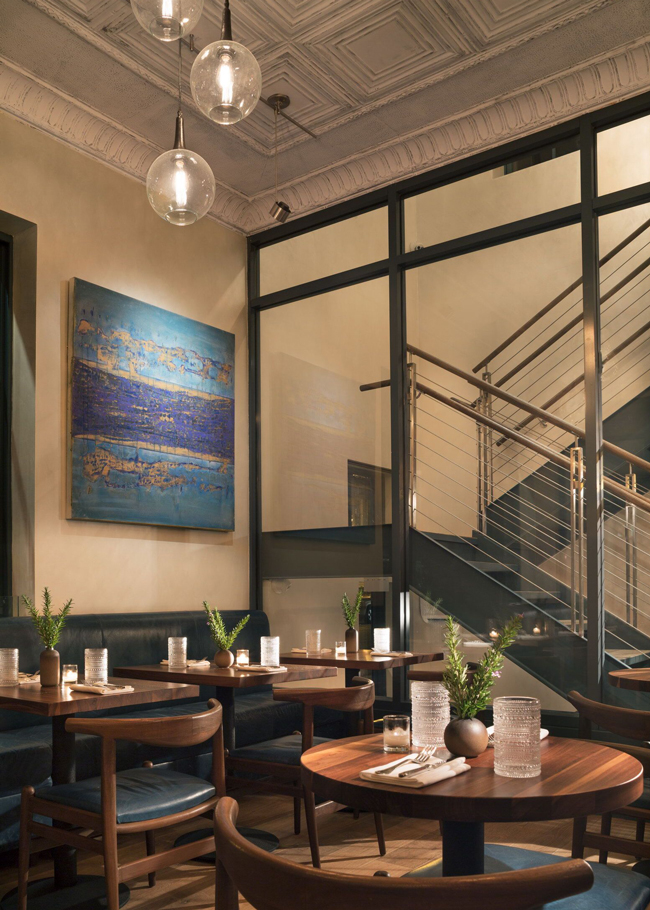 Many of the challenges around 2 Spring’s design revolved around the building’s second floor, which was an apartment prior to this project.

“We wanted interaction between the spaces and we really wanted that second floor space to feel like a destination, like someplace special, not like you were being sent to a secondary dining room,” Smiros says.

This was achieved in two phases. First, the designers removed a section of ceiling/floor to create a shaft connecting the first and second floor, helping to connect the energy of the two spaces

In addition, they took an unusual approach to the staircase connecting the floors. By code, this staircase had to be enclosed. Instead of throwing up drywall, the stairs are set apart by glass. This connects the first and second floors and adds excitement to the walk between the two spaces. 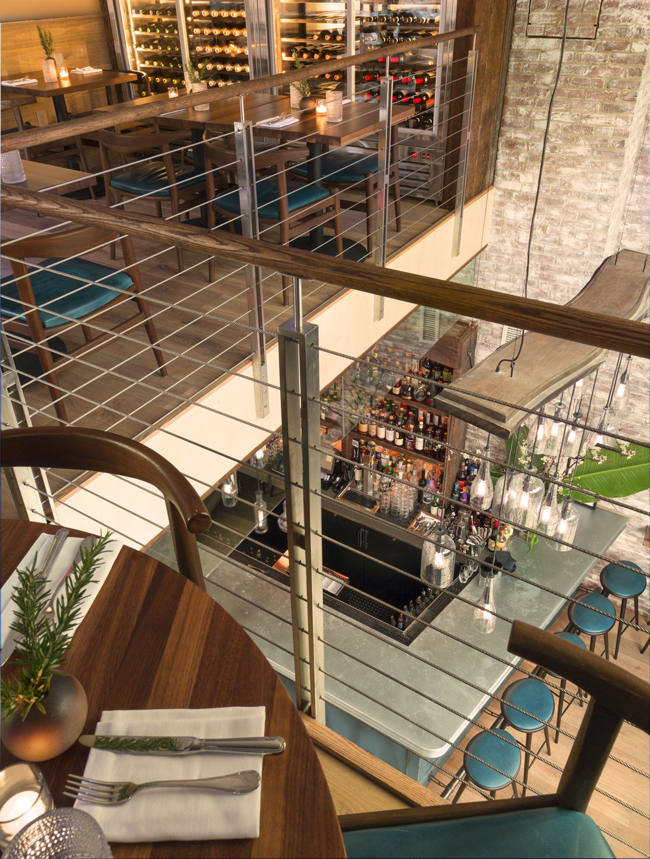 The work on the second floor impacted the first in other ways. The second floor, says Smiros, had to be entirely reframed as part of this project. Instead of tossing the old wood, it was used to create the back bar shelving, once more contributing to the restaurant’s aged look. The bar top is made out of pewter, a material that’s made to show more character as it ages.

The bar front and bar stools, meanwhile, are done in a deep green selected by designer Sophie Thibon.

“That’s color running throughout the space,” says Smiros. “I think that color works very nicely with the palette of the both the inside and the outside of the building... It was a way to impart color without it being too bold and it really partnered nicely with the masonry finishes and the wood floor. It felt like something that had been there for a very long time.”