Single Speed Brewery began operating in Cedar Rapids, Iowa, in 2012 with a brewing operation and a taproom that seats about 40. Success came quickly, and the company began scouting spots for a second location within several months of opening.

Finding a space suitable for a craft beer operation and a restaurant can be a challenge, so Dave Morgan, founder of Single Speed Brewery, was fortunate to learn about a shuttered Hostess Bread factory in nearby Waterloo. Built in 1927, the factory was a fixture of downtown Waterloo for decades. Given its historic nature, Morgan was able to win financial support from the National Parks Service and the State Historical Society of Iowa to save the facility by converting it to Single Speed’s second location. 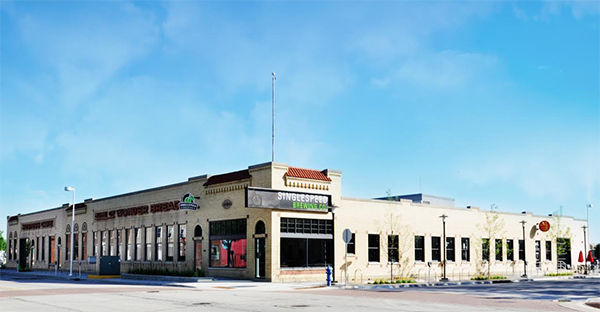 To prepare a proposal for agency support, Morgan and the architecture team, along with a hired historian, researched the building’s earlier days. “Once we started to pull the historical drawings on the space from the ‘50s and ‘60s, we saw how beautiful it was. We saw the building not only had character in it already but that it would be full of character if we renovated it back to that standard. That became our goal,” Morgan says. The building’s windows were one important part of this restoration. With some reaching nearly 14 feet high, they, at one time, had filled the space with natural light. Over the years these windows were bricked up as the space became more factory-like. Single Speed’s renovation restored the windows, bringing back character to the old building. 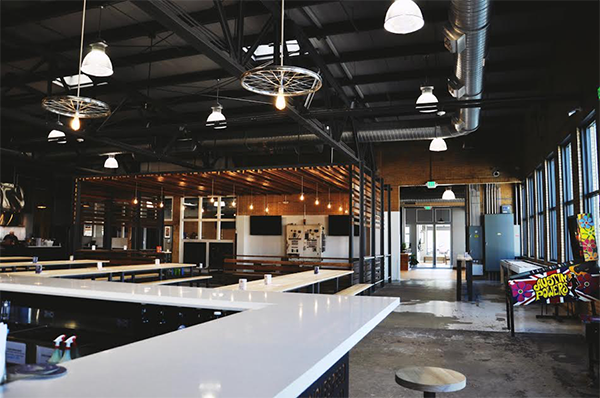 Single Speed’s beer hall features stained concrete floors, wooden picnic tables, a blackened ceiling and light fixtures made of bicycle tires. The space also includes the “proofing lounge,” marked by wooden rafters. This feature sits in the exact spot where the bread factory’s proofing box once stood. While it makes for a pleasant space, recognizing the proofing box was also a requirement of the Historical Society, as was restoring the exterior Wonder Bread sign.

Working with the State Historical Society was not hard, Morgan says, but it was stressful in the early stages of the project. Though the support from this group allowed Single Speed to do more with the renovation, assembling a proposal for support is time consuming, expensive and offers no guaranteed return.

“To get our plan ready to submit to them it took 120-plus days and six figures. It included hiring a historian to make an argument as to why the building is relevant, and then the architecture and design team has to completely detail a plan of what they’re going to do to the structure...Then you actually have to follow that plan and, if you don’t, you have to file an amendment for every change you make, which the Historical Society gets 90 days to review, so you better have your plan pretty close to tied up.” 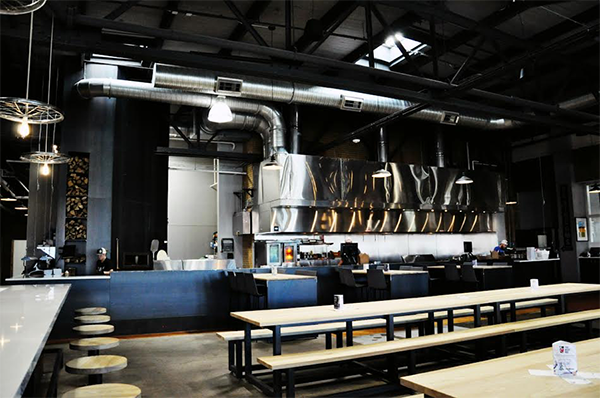 The beer hall is also designed to generate energy and community. It features an open kitchen, which adds excitement and movement to the room. All seating is hardwood, including stools and picnic tables. These tables in particular encourage guests to sit together and hopefully interact. “We’re not going to force people to talk to each other, but you find out a lot of neat stuff if you share space with other people,” Morgan says. 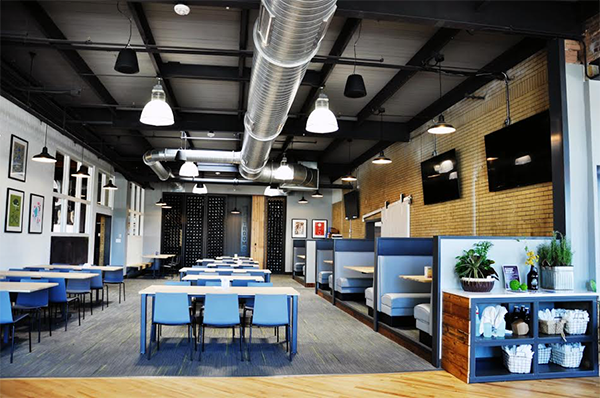 Morgan describes the new brewery’s design as urban industrial, with lots of hard surfaces and “raw” materials. The exception is the dining room, which has carpeting, upholstered booths and a softer color palette. Tables are constructed with ash made from trees killed by the emerald ash borer, an invasive insect in North America. Art in the dining room, and throughout the restaurant, is bicycle-inspired.

Encouraging cycling and outdoor activity in general are big parts of Single Speed’s brand and mission. The company sponsors regular bike rides and even recently hosted a beer mile — a one-mile run with a beer chugged every quarter mile.

Since it targets an active crowd, Single Speed accommodates this group with an indoor bike corral where guests can park their ride while they enjoy a drink and bite to eat. The corral includes an air pump, water bottle filling station and bike repair tools. The corral’s bike racks, meanwhile, are made from conveyor belt rollers from the building’s bakery days.