The Design Industries Foundation Fighting AIDS (DIFFA) just wrapped its 20th annual Dining by Design fundraiser. It raises nearly a million dollars annually for HIV/AIDS services and charities. Co-located with the Architectural Digest Design Show since 2009, Dining by Design brings together top designers and brands to create inspiring environments. There were 32 dining rooms at this year’s installation and we’ve pulled together photos of some of them. 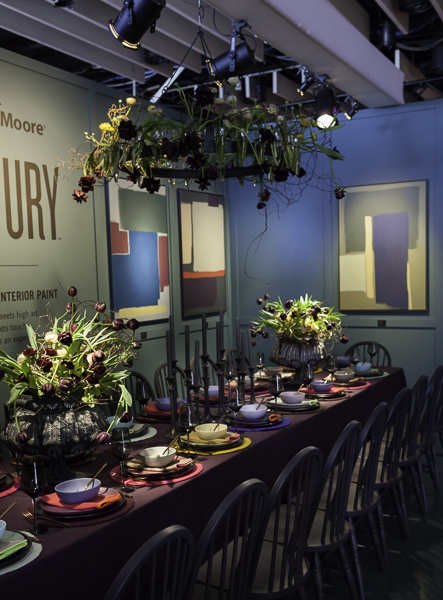 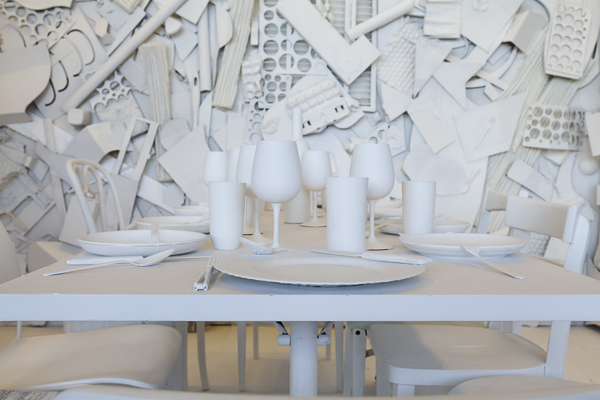 Designed by Parsons The New School for Design.

Meal is constructed of found materials from each
borough of NYC, allowing the projected material costs to be donated to VOCALNYC. Unified in one color, the assemblage
serves as an analogy for the many New Yorkers affected by HIV/AID
S.

Unified in one color, the above assemblage serves as an analogy for the many New Yorkers affected by HIV/AIDS. 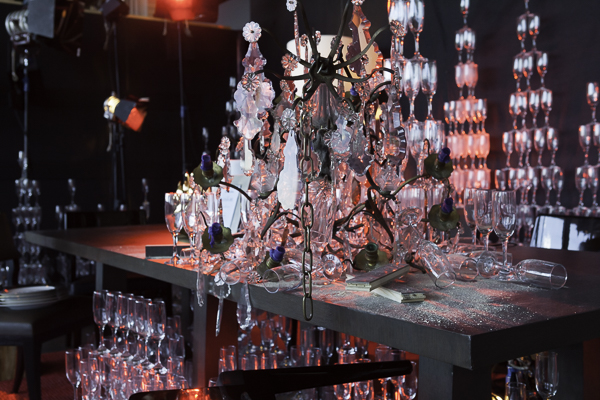 Sponsored by the New York Times, designed by LIAIGRE with Douglas Little. 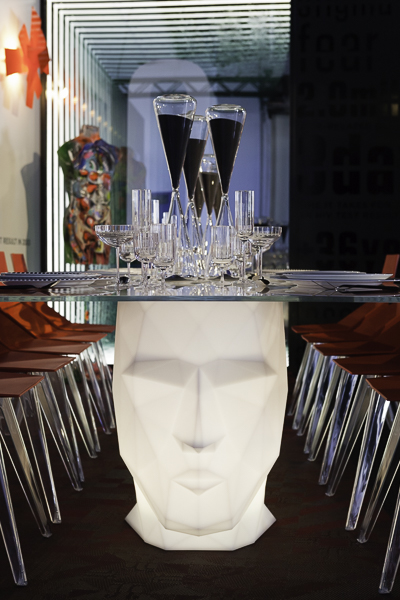 Designed by M Moser Associates to examine the contrast between past stereotypes and current data around HIV/AIDS. 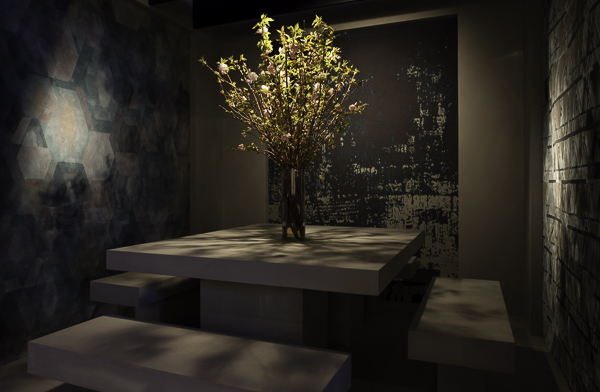 Sponsored by Tai Ping and designed by Andre Fu. 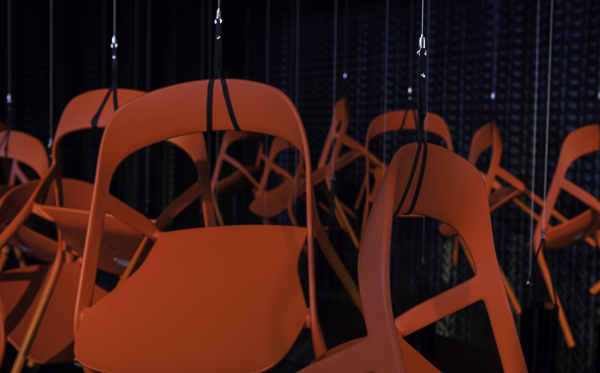 re:action from Perkins + Will, Steelcase, Coalesse, Designtex, Empire Office & Arktura. One in 8 people living with HIV do not know it. This pulley system symbolizes the human effort needed to promote awareness and prevention; illumination is achieved through action. Active participation in the fight for prevention and cure is key for enlightenment. 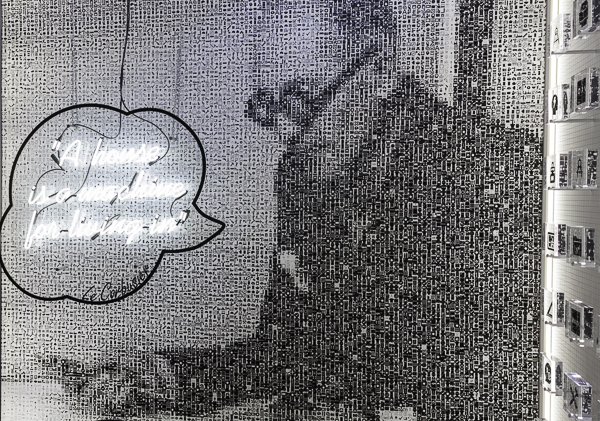 From AJ Madison and Viking Range + ODA New York. The space showcased the collaborative nature of the design process through the lens of a kitchen. Each wall symbolically represented a step in delivering a project from idea to execution. The icons create continuity, highlighting the process behind the scenes. 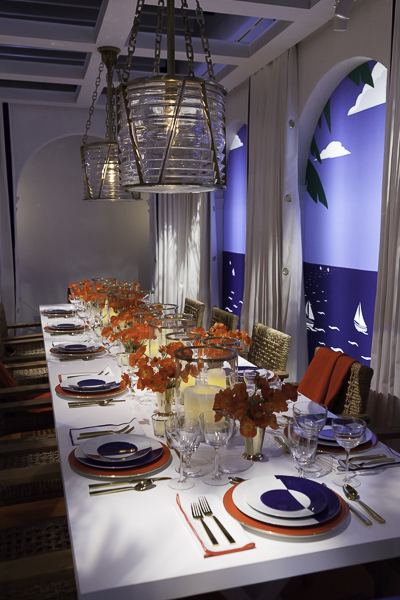 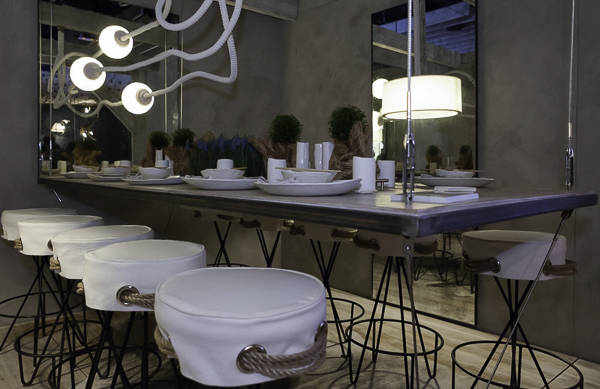 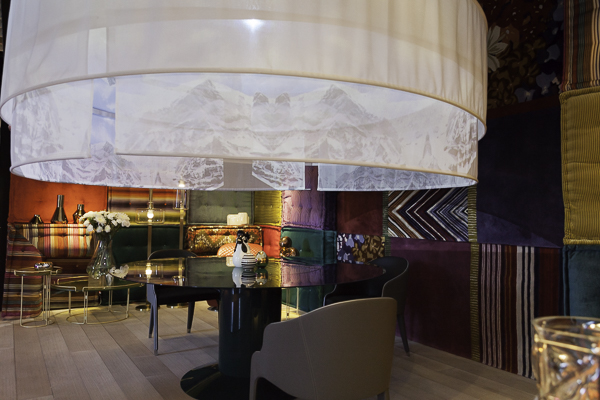 From Roche Bobois + Gensler. The dining space was designed as an immersive experience based on the natural environment. 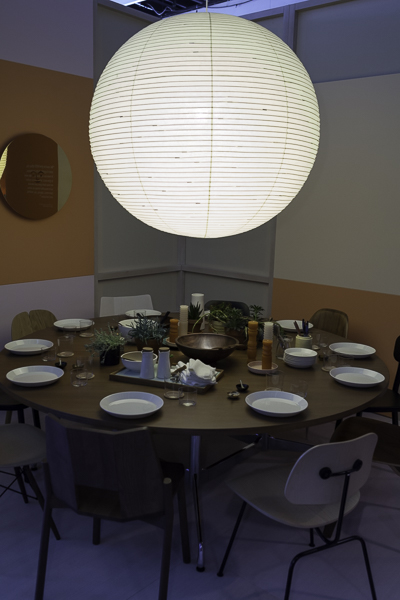 From Gensler and Knoll: FIGHT 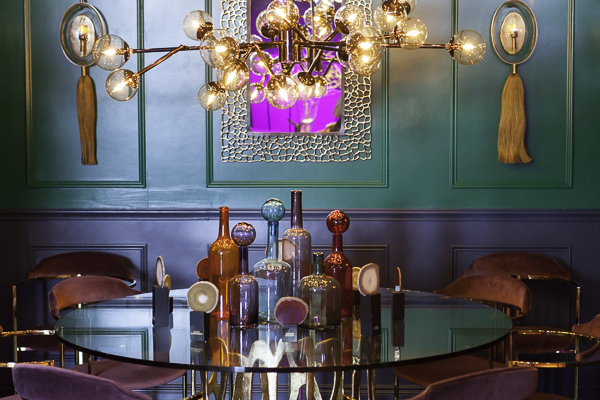 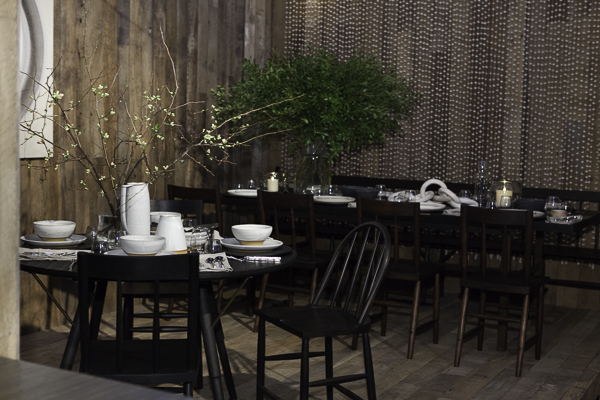 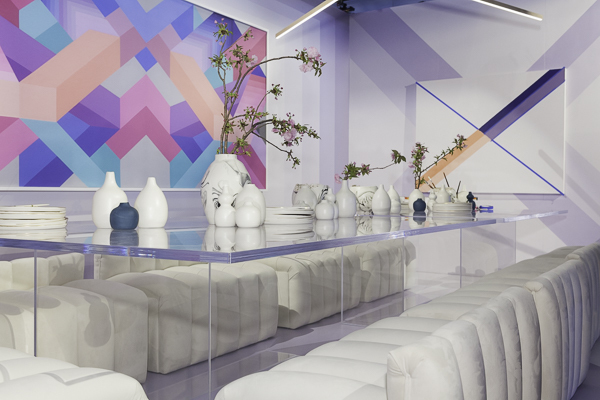