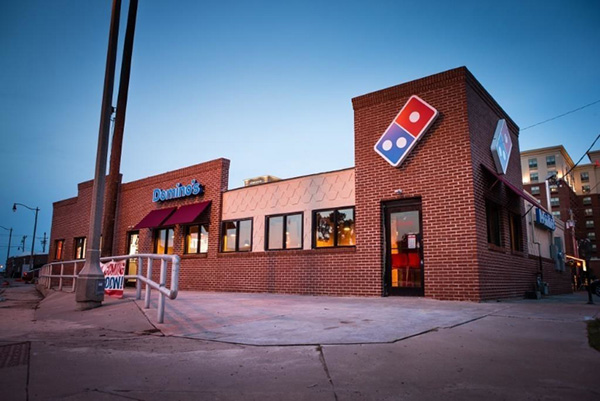 Carl's Jr. enters a new international market, Domino's reaches a milestone, Rita's Italian Ice hopes the c-store segment is anything but cool toward sales, UFood looks to make franchising appealing to veterans and much more in this edition of the development report.

Arby's Restaurant Group, Inc. acquired all 26 Arby's restaurants from long-standing franchisee, Trefz & Trefz, Inc. At the time of the acquisition brothers Oren and Paul Trefz owned and operated restaurants in such markets as Augusta, Ga. (8); Charlotte, N.C., (10) and Columbia, S.C. (8). In addition to acquiring the restaurants, more than 600 former Trefz employees transitioned to ARG employment as part of the transaction.

Carl's Jr. opened its first restaurant in India. The New Delhi restaurant will feature a special "Indian palate" menu that will include vegetarian options, beer on tap and an all-you-can-drink soft beverages bar.

Domino's Pizza opened its 12,000th location. The Oklahoma City location is operated by franchisees Steve Dolan and Jay Feavel. Dolan and Feavel own 24 stores together throughout Colorado, Oklahoma and Wyoming. Both individuals began working at Domino's as delivery drivers in the early 1980s and worked their way up to become franchise owners.

Homestyle Dining LLC has launched a national franchising program aimed to grow its new fast-casual concept Cole's Backyard Grill. Originally introduced in May 2014 as Bo's Steak & Grill as an incubator test concept, Cole's recently underwent a name change to better reflect the restaurant's ambiance, menu and personality, according to a company release. Expansion plans call for Cole's to open a dozen locations in 2016 with a goal of approximately 100 restaurants during the next 5 years in the U.S. and internationally. The first franchise location is under development in The Wisconsin Dells and is expected to open in late 2015.

Arizona-based food and juice restaurant, Grabbagreen will expand its footprint into the Eastern United States with a 34-store development agreement with Trindel Investments. The new franchise partner's first location is slated to open in Greensboro, N.C. This announcement follows multi-unit deals in Dallas and Phoenix since Grabbagreen launched its franchising efforts in April. Grabbagreen currently has three company-owned locations in Scottsdale and Phoenix, Arizona.

In a deal valued at $25 million, Jamba Juice Company completed a refranchising agreement for 73 stores in the San Jose/Easy Bay and Sacramento markets with Vitaligent, LLC. Jamba Juice expects to sell the remaining 27 company locations in the San Diego market by the end of 2015.

Rita's Italian Ice signed a pair of development agreements that allows the concept to enter the convenience and gas channel nationwide. M&M ARC Inc. will operate Rita's locations in the West and Ice & Go LLC in the Midwest, South and Northeast. The 2 agreements call for 60 units by 2025 — the first of which opened its doors last month in Newbury Park, Calif. M&M ARC Inc. plans to open 30 Rita's locations across its territory, which includes California, Colorado, Hawaii, Idaho, Montana, Nevada, Oregon, Washington and Wyoming. Ice & Go plans to open 30 Rita's locations in 10 years.

UFood Grill is partnering with VetFran, a program that helps U.S. Military veterans locate franchise opportunities and provides a path to business ownership with training, mentoring and financial assistance. As a member of VetFran, UFood Grill will now offer veterans a 50 percent discount on its current franchise fee, reducing it to $17,500, to help veterans own and operate a UFood Grill restaurant.