CEO Breaks Down A&W's Approach to the Pandemic and Beyond 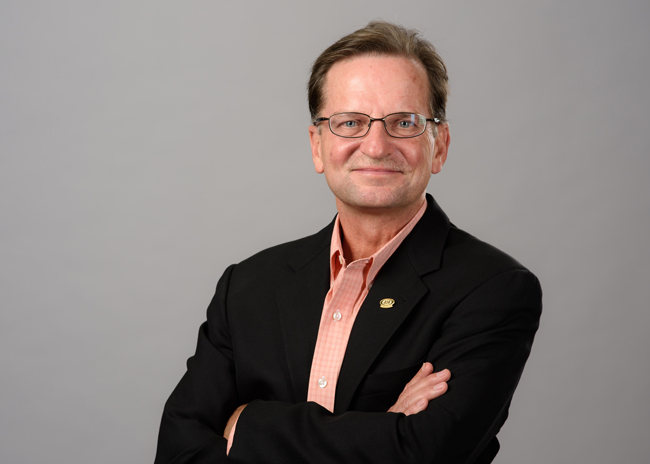 At 101 years old, A&W is that rare restaurant brand, one that can boast growing same-store sales in its second century of business. The path wasn’t always smooth, however. Previously owned by YUM! Brands, A&W was put up for sale in 2011 due to declining sales and a dated brand image. The company was purchased by a group of domestic and international franchisees, including the National A&W Franchisees Association. The new ownership brought in Kevin M. Bazner to serve as CEO. Bazner had a long history with the brand, having served in executive leadership positions from 1985 to the time of the sale in 2011.

Under Bazner’s leadership, the executive team worked to develop a new brand strategy and have implemented and refined it over the years, the result of which has been nine years of same-store sales growth. The pandemic upended some plans, but the chain that admittedly was behind on technology still ended the year on a massive upswing.

Give me the Reader’s Digest version of A&W’s pandemic year.

KB: The first 10 weeks of the year, in the highly competitive burger segment, we were seeing 7% to 8% same-store sales growth and then … Frankly, it was all hands on deck with the goal to preserve cash and to help our franchise partners preserve cash. That was job one. We had no idea what was coming next.

We suspended all ad fund payments for franchise partners and all royalty payments almost immediately. We had a healthy balance sheet at the time, but our immediate goal was to get all our franchise partners to the other side of this crisis — whatever that meant — together. And we knew it was gonna require cash. At that point we were operating the business with zero income coming in. But, as things settled in for us and much of the QSR space — coming into late April and May — it became apparent that drive-thru was king. It’s obvious now, but it wasn’t then.

We were having multiple webinars each week with our franchise community. We consulted with our franchise board regularly, had daily coronavirus meetings, etc., for at least 6 to 10 weeks. It was nonstop, and everyday there was something new.

When the PPP [Paycheck Protection Program] came up, we put our finance person on it. She walked our franchise partners through it, how to access that money, all with the goal to preserve cash. By then, though, the business had started to stabilize and even grow over the previous year. It was a whipsaw. From one week to the next, we were having to make calls — like to reduce the production of our soft serve mix — but then 10 days later we’d have to reverse that decision. It was intense.

As it became clear that drive-thru would be king, we put all our focus on drive-thru and speed of order. 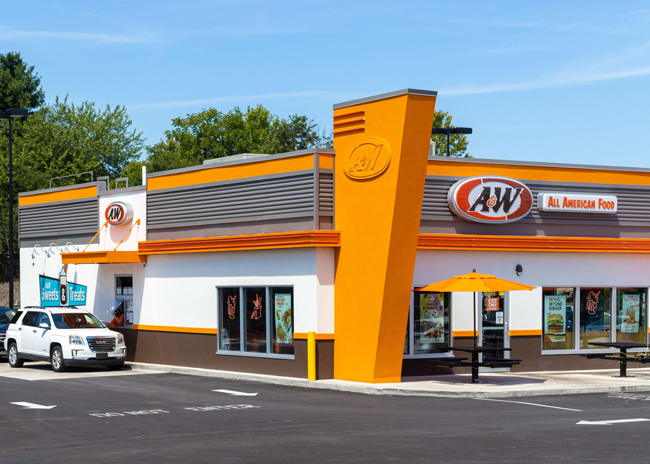 A&W traditionally sees a dip in sales in fall and winter, but the drive for drive-thru comfort food boosted sales into winter. Image courtesy of A&W

What did that mean for the drive-thru?

KB: What that meant was setting up temporary second order stations for the drive-thru business so you could take two orders at the same time instead of one. It meant moving people around and putting temporary signage up in parking lots to get customers away from the window once they ordered and paid. We asked them to pull away and relax for five minutes before we brought the orders to their cars. The whole goal for us was speed of order. We’ve been focused for nine years on quality initiatives. That’s our value proposition as a brand — not price but quality.

When we did our original strategy work back in 2012, quality was our long-term value proposition, and we didn’t want to lose that. So, we focused on speed of ordering, moving cars away from the drive-thru window (and not necessarily with their food because we have a fresh-for-you, cook-to-order platform). We added temporary signage, which has turned into permanent signage, for the delivery companies to keep them away from our drive-thrus. We reconfigured the parking lot. Order sizes are bigger, too, with check averages up 20% to 30%. That was what we saw the entire summer. After significant double-digits declines in March and April we started to see positive same-store sales in May. And they have continued to get stronger every month into November [the latest data available at the time of this interview].

The surge in fall and winter business was unusual for us since A&W’s drive-in business was historically seasonal and restaurants closed in winter. The proprietary beverage — root beer made fresh and delivered in a frosted mug — is a primary reason for that seasonality.

Many QSRs found their earlier investments in technology really paid off in 2020. What about A&W?

KB: We were an exception. Prior to 2020, we had focused on other areas, like quality, because it was taking us further. And we have had some great results. Delivery and other off-premises initiatives were being discussed and COVID accelerated that for us and everyone else.

One of the challenges we have with our brand when it comes to delivery is that a third of our standalone restaurants are in rural areas of the country that do not have a delivery company that supports it. We have a lot of success in rural communities and smaller towns. Again, the roots of the brand is in summer vacation areas or on the way to those destinations.
Those tend to be smaller, counties of 25,000 people, towns of six or seven thousand. The DoorDashes don’t operate in those areas. The scale isn’t there.

A&W is doing a big push with upgrading its drive-thru experience. What does it entail and what’s next?

KB: We’ve got three stores in testing right now that are incorporating a second permanent order point with a drive-thru, menu board and speaker post. One is new and two are retrofits. We’re getting continued learnings from that.

Secondly, systemwide, we are working with our franchise community and advisory board to look at the entire customer experience at drive-thru, from the time they pull into the parking lot to when they pull out. We’re examining technology, signage, the condition of the parking lot, the menu board — everything. As a parallel path to that, we are working on a fully integrated digital customer experience via the drive-thru. We’ve not been a digital menu board player to date. But that’s another opportunity for us.

We’re not the guys to be on the bleeding edge of anything. We flatter people with plagiarism. From my perspective, we use technology to drive strategy. Also, we always wanted to bring people into our restaurants, because I can’t deliver a root beer float in a frosted mug to your house.

Finally, the third thing we’re doing is menu optimization: reducing items, featuring items that lend themselves to speed of order and family packs. We started this pre-COVID but we’re picking that back up with learnings from 2020.

KB: As far as development, we have a good pipeline. Our target is to get 15 to 20 new points of distribution open in the U.S. annually. There’s more internationally. What we saw last March to June was all new development literally stop. We couldn’t get permits or contractors. And prospects dropped to virtually none. Both that’s changed as we came into the fourth quarter of 2020. Projects are coming out of the ground just at a slower pace. We opened three new restaurants during COVID. There are still delays. The lead flow has come back to almost pre-COVID levels but even there the decision-making process is slower. People are being very thoughtful. We have 16 new projects in the pipeline for 2021. If we can do 20 new points of distribution, we’d be thrilled. +