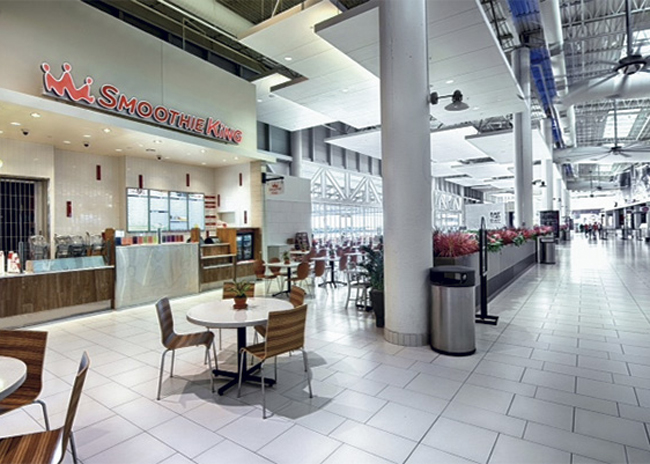 Smoothie King announced a 14% system-wide sales jump year-over-year for July. This includes the brand's 400-plus drive-thru locations, which average a 26% increase for the month compared to July 2019, per a company release. In June, Smoothie King's franchisee in Greenwood, Ind., set an opening-week sales record at its new location — recording $45,759 in total sales.

To help weather the challenges brought forth by the pandemic, Smoothie King introduced a series of guest and franchisee-focused initiatives.

In February, Smoothie King began rolling out digital initiatives. The first step was launching online ordering for in-store pickup on its Healthy Rewards loyalty app and webpage. The chain launched curbside pickup in early April and announced an exclusive delivery partnership with DoorDash in early May.

“We were pleased that our digital rollout happened as quickly as it did,” says Smoothie King CEO Wan Kim. “After we introduced online ordering, curbside pickup and delivery, digital sales surged well past our expectations. Moving forward, these initiatives will only continue to help both our company and our franchisees capitalize on shifting guest trends.”

The chain has maintained a steady development pace since the start of the year despite the pandemic, opening 31 new domestic locations and 119 international locations while also signing 38 U.S. franchise agreements. The 38 franchise agreements are projected to produce 41 future locations. The chain expects to open a total of 80 new U.S. locations by the end of 2020.

Smoothie King Korea was responsible for the international expansion — the stores opened predominantly using a new format that puts the chain in EMart24 c-stores. “We are excited for this new store format in Korea and look forward to getting Smoothie King to more convenient locations throughout Korea,” Kim says. “We expect to see additional store growth in Korea through the balance of the year.”

To support its franchise owners during the pandemic, Smoothie King deferred all royalty payments and waived both national advertising and technology fees for March and April. Consequently, Smoothie King franchisees were able to retain 100% of their cashflow to operate their businesses during the months they were hardest hit by the pandemic so far.

The Smoothie King development team worked to support franchisees as they negotiated with their landlords to alleviate their monthly rent obligations by either deferring payments or forgiving them altogether.