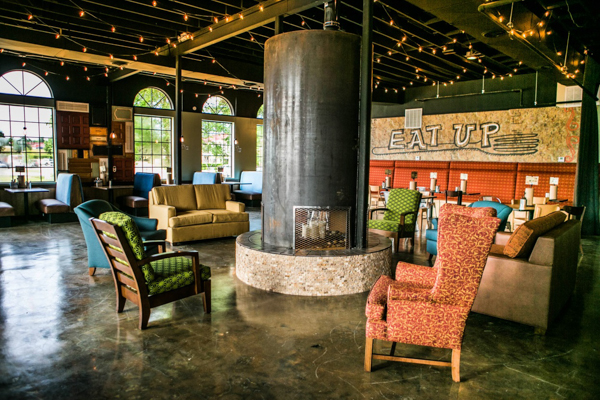 The brand offers "familiar American fare with a culinary twist" in a comfortable, casual atmosphere designed to evoke a backyard barbecue with family and friends. Tom Sacco, CEO, says the it's the first to market fresh-casual steak concept and that, while the company's existing brands appeal largely to an older clientele, Bo's hits a younger demographic.

In addition to cooked-to-order steaks, Bo's offers a variety of grilled entrees, burgers, signature sandwiches and salads, sides, appetizers and desserts. A Farm-to-Market Salad Bar, staffed by an employee who tosses customized salads to order, is offered as well.

"We're a steakhouse and salad company; that's in our DNA. But our franchisees wanted something that's more relevant to today's consumer," Sacco says. "The way this restaurant looks and feels is very different –—more eclectic, more urban — than the way a Ponderosa or Bonanza feels. We think Bo's is the next generation of steakhouse." 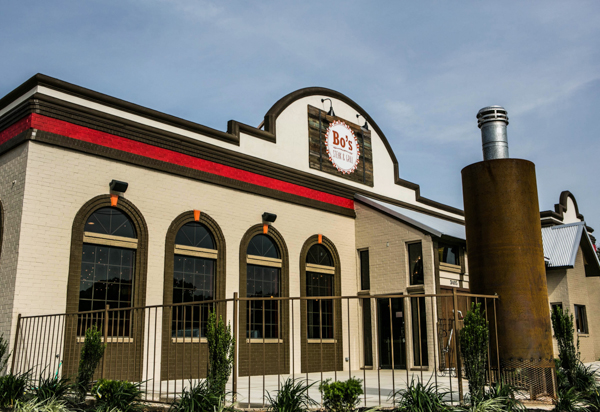 The 4,000-square-foot, 90-seat Lindale unit is a converted Mexican restaurant, just the type of real estate that Sacco says the company is targeting as a way to keep upfront investment costs down. "Rather than develop a ground-up prototype, we're trying to show the investment community that you can take virtually any space and create this eclectic, backyard barbecue environment," he says, adding that the cost of conversion of this type of space is in "the high $300,000s." For franchisees, that's a significantly smaller investment than the $1.5 million to $2 million to build out a Ponderosa or Bonanza, and Sacco estimates volumes could be similar.

Designed by Homestyle's internal team, the restaurant's design highlights include industrial-style light fixtures; a round, steel patina-finished fireplace with stone masonry base; intentionally mismatched (four different patterns each) of chairs and flatware; tabletops of different colors; and casual Christmas-style lights strung against a blacked-out ceiling.

Moving forward, Sacco says the company hopes to open as many as 250 Bo's locations in small and midsized markets around the country and internationally during the next five 5 to 10 years, a rate that's realistic given Homestyle's existing infrastructure to support both new and existing franchisees.