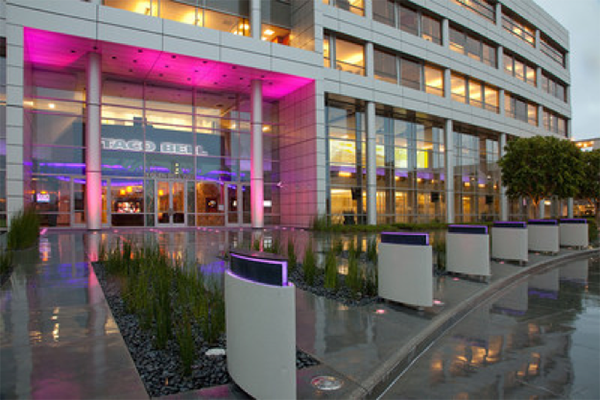 To fuel its development drive, Taco Bell will enter highly pedestrian urban areas that do not have room for a drive thru. The brand will use its inline and Cantina restaurant concepts for these locations.

Last year, Taco Bell debuted four new restaurant designs that will provide tailored concepts reflecting the local community – Heritage, Modern Explorer, California Sol and Urban Edge. All four test locations opened in Orange County, Calif., in 2016, and two new restaurants in Bay City, Mich., and New Whiteland, Ind., opened earlier this year. By the end of 2017, the chain will complete a refresh on an additional 350 restaurants, bringing the total number to about 80 percent of the system. In the past 5 years, Taco Bell and its franchisees have invested more than $600 million to re-image more than 2,700 restaurants.

By 2022, Taco Bell expects at least 300 of the new locations to be urban inline restaurants in markets with growth potential.

Internationally, Taco Bell will focus its growth in Brazil, Canada, China and India, and hopes to open at least 100 restaurants in each market. Additional international growth markets gaining scale in the Taco Bell system include Spain, Guatemala, South Korea and the United Kingdom. Today, Taco Bell operates more than 6,650 restaurants in 23 countries.

With the recent opening in the Netherlands, Taco Bell currently has 350 restaurants in 22 countries outside the U.S.