Best Practices for Working with Local Artisans and Contractors

The Works Café has nine locations in New England, and each location is created and built out, as much as possible, by local artisans and contractors. 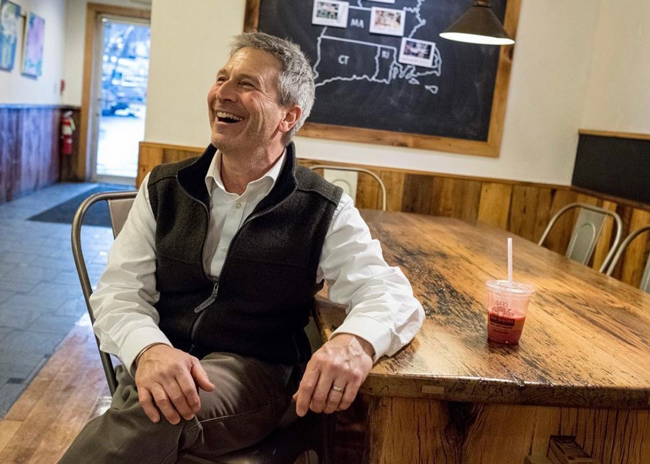 Richard FrenchThis is a deliberate move by Richard French, founder and CEO of the Keene, N.H.-based brand. He hopes to open another two to three stores this year and the same for the ensuing years, too.

“The stores are all a little bit different; they’re built as sustainably as possible, and it means I’m putting my dollars into the local economy,” he says.

French shares his expertise from years of working with locals with rd+d:

French uses as much reclaimed wood in his stores as possible, typically from old barns. This requires finding the barns, working with the person who pulls them down, and getting the wood to another person who can process it.

French uses so much reclaimed wood and works so consistently with his wood processor/carpenter, Chad Woodruff, that he’s built a barn off Woodruff’s woodshop to store excess product.

French keeps in touch with the local people he works with year-round to maintain good relationships with them. “If Chad has some downtime he knows to call me and we might have some work for him,” he says. He’s aware that he can help keep people in business. And, a local farmer doesn’t have much work in the winter months but he is able to weld. So, during the winter months, French hires him to weld chairs. 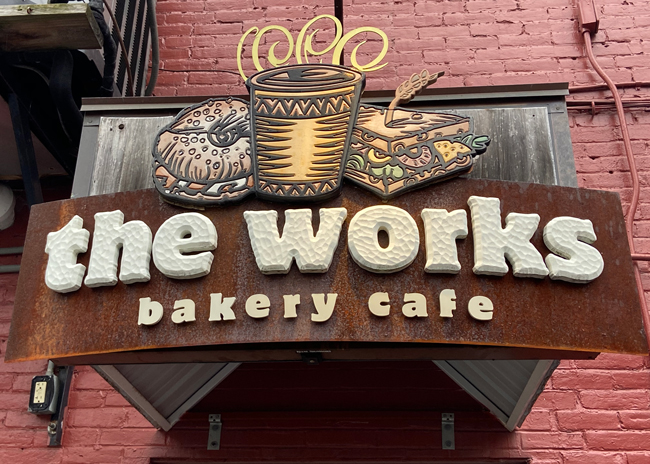 Sign was made by locals, using French’s repurposed distressed metal.

Get out of the way.

If you give local artists/craftsmen the right palette, colors, materials to work with and a little direction in placement or design they flourish, says French. “We’ve had so many locals say they’ve enjoyed creating their community’s new cafe.”

Some restaurants have kids’ areas and French also gets local children involved. For the Amherst, Mass., location, community kids teamed up with a local potter to make signage.

Repurposed wood is imperfect. If it’s from a barn floor it could be worn; it will likely have lots of nails in it, and when it’s processed, there will be wasted sections that can’t be used.

Also, make sure the material you choose is correct for your purposes and is going to hold up, French advises. He found this out the hard way when he made doors out of wood that was too thin.

“We need thick wood for doors because we’re opening them a million times a day,” he says. “The center part can be thinner but the outside has to be thicker because it’s touched.”

He’s learned where he can use thin wood – to wrap a cabinet or on a wall – but not in places that get a lot of wear and tear.

“If you’re working with someone locally, get to know your local carpenter, they should be able to tell you how you can use these things,” says French. 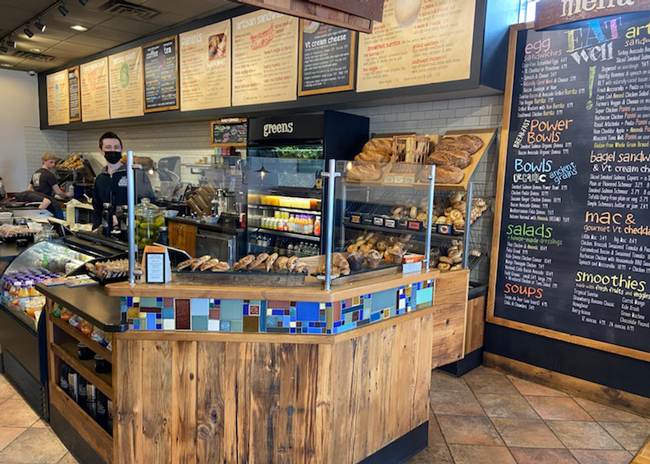 The Works feature a lot of reclaimed wood and local tiling.

So you’re not overpaying for services or products, do your research and ask around. “With the internet, it’s really easy,” says French, who didn’t have that advantage when he started out.

Working with local people and using local products is more expensive than ordering from a national company, French says, but there’s a payoff. “We don’t look like a chain, we have a soul which attracts our staff, and they’re happier. They know they’re standing by wood from a 200-year-old barn; that they’re using a shoe rack from 100 years ago.” Customers get the same vibe as staff do and appreciate what he does, he explains.

Know when to branch out.

The Works Cafes are in five New England states and often it’s helpful to hire contractors and sub contractors who know the state, the regulations, the local ordinances, says French. Plus, they also have their own contacts in the local area.

But sometimes French brings in his own people who are familiar with his brand, his specs. “They know our wood and the idiosyncrasies; I don’t have to explain anything to them; they know what I like.” 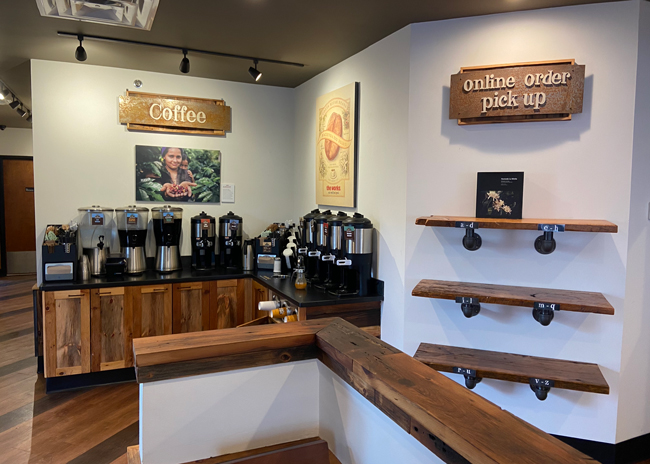 The Latham, N.Y. location’s pick up area is made from repurposed barn floor and pipe brackets made by an Amish family.

French regularly visits flea markets and yard sales, but a one-time find is no use to him. So, if he sees something he likes, he asks if the vendor has more of them, as was the case when he found the 100-year-old shoe racks he turned into online order pickup spots and merchandising locations.

“We find stuff but need to be able to buy them in the tens, twenties and thirties. You’ve got to think scalability if you’re going to have more than one store.”