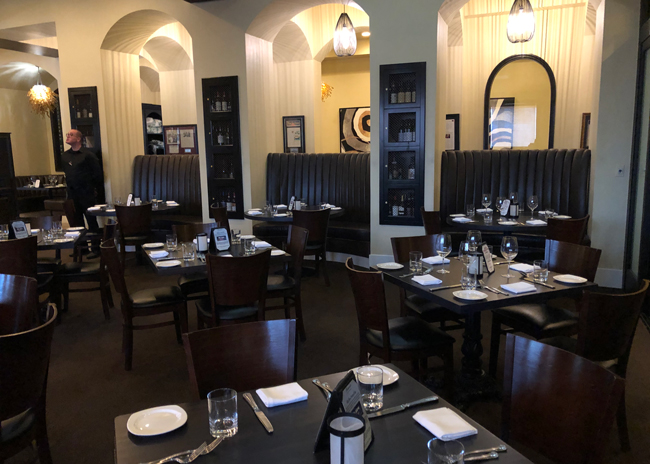 Ferraro’s Italian Restaurant & Wine Bar has been a stalwart of Italian dining in Las Vegas for more than 30 years. The restaurant has been redesigning its look over the past several months, says owner Gino Ferraro, to bring in a younger client base while maintaining an upscale feel. “We wanted to lighten it up and make it more relaxed, to get away from the old-world tradition, the Tuscan feel we had, and make it more modern, more contemporary,” Ferraro says.

Brightening the space played a big role in efforts to update the restaurant’s look. In the previous design, the bar top was red marble. Now, the restaurant uses a cream-colored quartz. The bar face, meanwhile, changed from a mahogany-color wood to a hardwood stained a dark brown, almost chocolate.

This color can be seen not only in the bar face but also in the new liquor display. To highlight the restaurant’s cocktails program, the designers hung cabinets overhead, then removed the doors. “We put lights in there and opened up the facade. You see the liquor lit up. It looks very nice. It's really bright and younger, more relaxed looking,” says Ferraro. 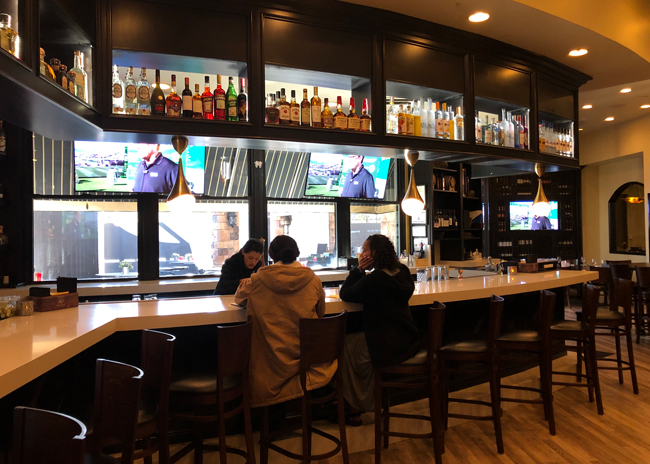 The redesign also saw Ferraro’s eliminate its live music program in favor of a sound system. That left the restaurant with a stage but no performers. So, the stage was turned into a featured dining area with a leather banquette and a few tables. Located next to the restaurant’s wine display — Ferraro’s has over 23,000 bottles in its collection — these are now dubbed the wine room tables. “These are elevated about 18 inches higher than the rest of the lounge. Guests can look down and see the whole bar from there. People really love to sit in that space, especially couples who like to sit in the corner.”

In addition to the space’s height, Ferraro’s added a few touches to make this section feel even more special. Glass panels separate the wine room tables from the rest of the dining area, while the flooring is carpet instead of laminate. 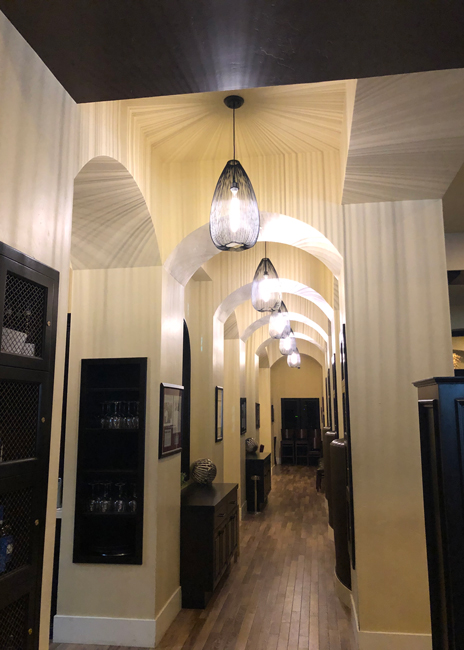 The operation’s new furnishings include an impressive new server station with wine glasses, water pitchers and more. Instead of hiding these items, the large hutch-like station puts them on display and includes decor pieces on the top shelves.

While the bar and dining area are obvious sections to redesign, the design team also paid attention to a long hallway leading to the private dining rooms and restrooms, notes Ferraro. New light fixtures cast dramatic shadows on the ceiling and arches. The restaurant also added small hutches down the hallway. These not only help fill the space, they’re used to store items like plates, napkins and silverware.