Renovation Before and After: The Coyote 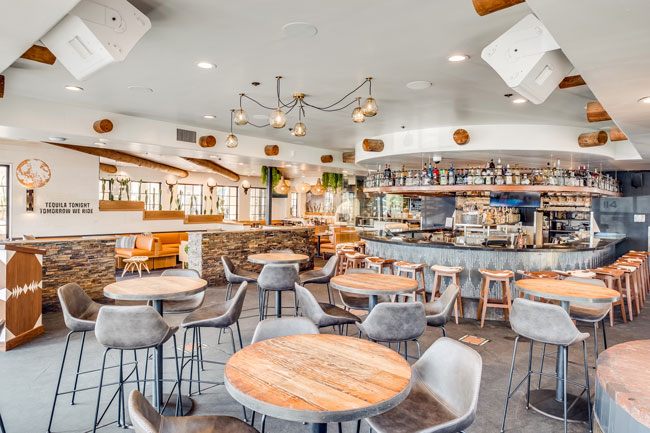 Located in Carlsbad, Calif., The Coyote is a longtime restaurant/bar/live music venue that’s a favorite with locals for its extensive outdoor seating.

Its outdoor seating has proven so popular, in fact, that its indoor dining areas were underutilized. In response, the owners hired MY Studio ID to redesign the interior.

According to MY Studio ID Principal Melissa Young, her marching orders were to create a space that was at once warm, hip, fun and contemporary — and Instagrammable, of course — while maintaining the restaurant's Southwest U.S. feel. 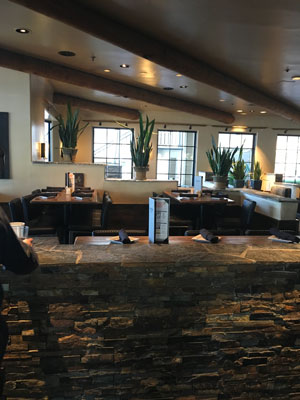 Before: The space had high-top tables and was defined by half-walls separating it from other sections.

In The Coyote’s previous design, guests entering the restaurant would find a basic dining area to their left. The space had high-top tables and was defined by half-walls separating it from other sections. 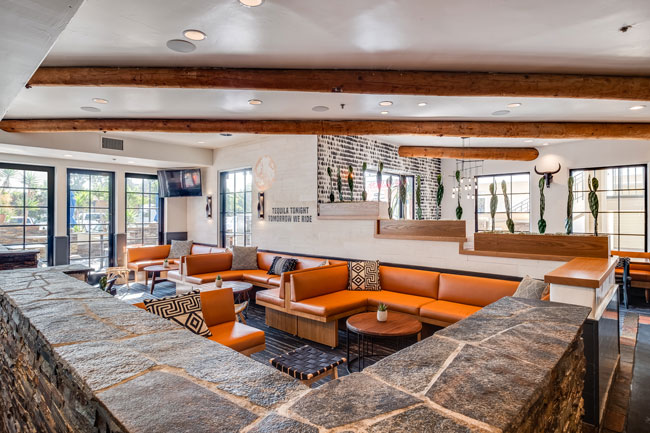 In the new design, existing half walls were repurposed to help create the new bottle service lounge.

In the new design, those walls serve a bigger purpose, helping to create the new bottle service lounge.

As a lounge area, the high-tops are gone, replaced with upholstered u-shaped seating for large parties, as well as lounge-height tables. The space includes fun, social media friendly phrases painted on the wall, such as “Tequila Tonight. Tomorrow we ride.”

While the new design of this section is dramatically different than its previous look, Young retained the step-down wall, as it fit with the restaurant’s theme. “The wall tapers down like that in Southwestern fashion. We added the warm wood planter boxes and had some succulents put in there,” she says. 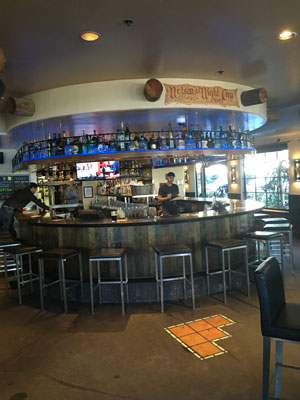 Before the renovation the bar area had a dive bar feel.

While the bottle service area is to the left of the entryway, immediately ahead is the bar.

Previously, the space felt more like a dive bar than part of a Southwestern influenced restaurant, bar, and live music venue.

After the renovation, the bar remains but the aesthetic has changed dramatically.

Budget constraints meant the existing bar and bar top had to stay. To bring it in line with the rest of the operation, Young hired a painter to add Southwestern-inspired patterns to the slate bar face. The overhead liquor storage remained, as well, though the blue light was removed, along with some other changes.

“Liquor storage is very important to them, so we wanted to make sure they had bottles displayed. They had that in the old design, but we brightened it up and freshened up. We had the whole ceiling painted and had some wood plaques and tchotchkes removed,” Young says.

The high-top tables near the bar were not changed out, though the chairs were replaced with gray leather seats. These, Young notes, can be easily moved to create an open space for musicians who set up nearby and the crowd that gathers to listen. 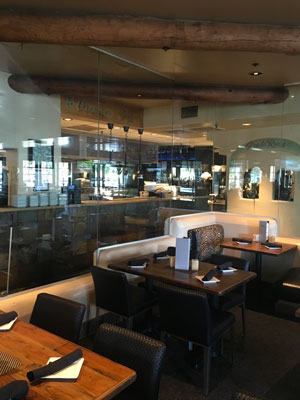 Before the renovation, the dining area featured dark chairs and low lighting.

The redesign also brought more light and brightness to the restaurant in general. This dining section, for instance, featured dark chairs and low lighting immediately next to the activity of the open kitchen. 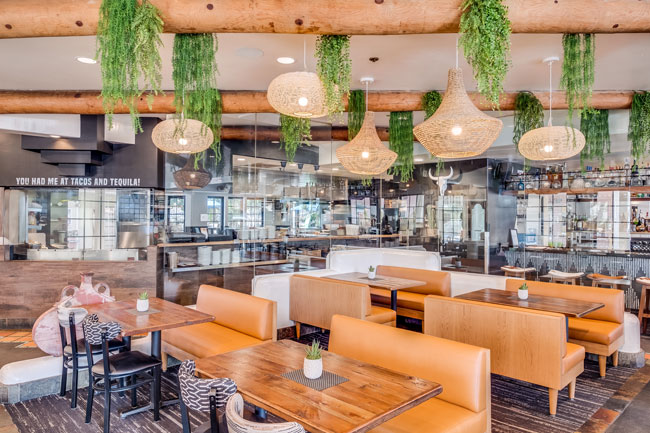 After the renovation, wicker light fextures and artificial plants add energy and color.

In the update, the space has wicker light fixtures and artificial plants hanging overhead, adding a splash of color and energy that fit better with the nearby kitchen. The dark chairs are replaced by tan booth seats that match what’s found in the bottle service lounge. 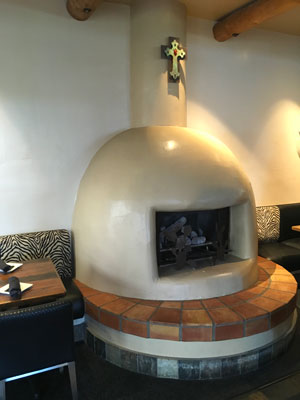 A broken fireplace made for a dreary back dining area before the remodel.

The most underused space in the restaurant, says Young, was the back dining room. The highlight of the space was an inoperable fireplace, so there was simply nothing to bring people to this area. 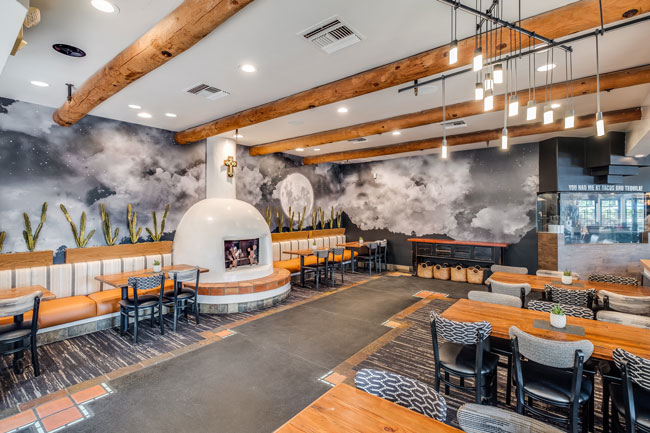 With the fireplace repaired and a Southwestern night sky wallpaper put in place, the back dining room is a place that draws visitors in.

In response, MY Studio ID had the fireplace repaired and created a dramatic Southwestern night sky wallpaper that can be seen from the entrance. “We wanted to create a space that would draw you in, so we put up that bold graphic moon,” says Young.

In addition, the banquette seating got an update, as well as the upholstered chairs, which sport a Southwest-feeling pattern.

Young also replaced the wait station with a hutch sporting a weathered look.

“They had a big built-in [wait station] with a big footprint. That was unnecessary so we gave them a hutch where they could sort napkins and smallwares. It’s aged because we wanted the whole space to feel more rustic,” she says.

Images courtesy of MY Studio ID