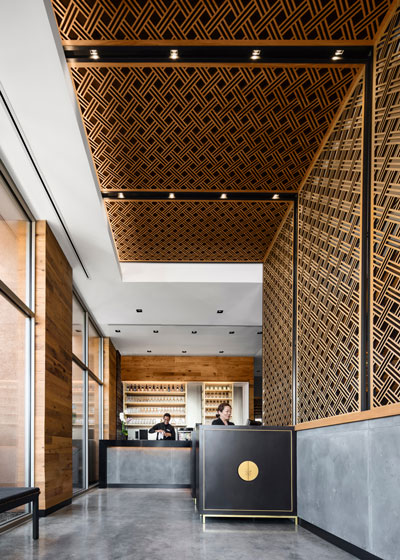 Located in Irvine, Calif., JA Jiaozi is owned by a Chinese restaurant company that’s testing the waters in the United States, starting with this dumpling-focused concept offering cuisine made with simple, authentic ingredients. The restaurant was designed by CallisonRTKL, which developed a design that makes use of similarly authentic materials and elements and is heavily influenced by traditional Chinese dining.

JA Jiaozi’s authenticity can be seen starting with the restaurant’s entryway, where materials include a sealed concrete floor and wood paneling along the structural pillars and back wall. To the right is a laser-cut wooden lattice that recalls traditional Chinese wooden screens.

“We wanted to shield the entrance sequence a little bit from the main dining area but not cut it off because we didn’t want the space to feel too small…[The lattice] gives you a sense of division but it keeps the space visually open,” says Kevin Horn, vice president in Calliston RTKL’s Los Angeles office. 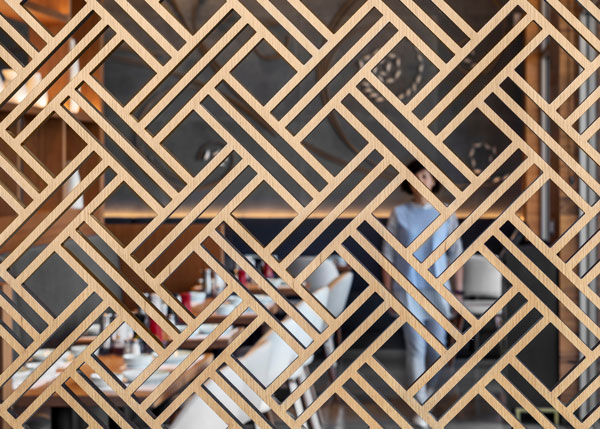 At the end of the entry is the restaurant’s bar, which serves tea, juice and wine. Once again, this space has a simple design with a concrete bar face, solid-surface top and neatly organized shelves on the bar back. 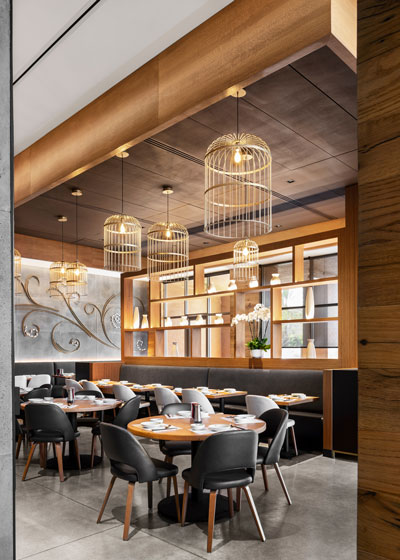 “It’s right at the end of the view so they wanted to keep it clean and simple,” says Horn. “They don't have a full cocktail program so that makes it easier. Everything we did we tried to keep it basic and simple — without clutter — to express the idea of the simplicity of the food.”

Guests turn the corner from the bar to enter the restaurant’s main dining area. This space is divided in half with a set of wooden shelves, which serve as anchor points for the JA Jiaozi’s booths. The shelves themselves hold white ceramic vases, a nod to traditional Chinese pottery.

“We wanted to express the idea but with a contemporized version,” says Horn. “It’s putting art in the space in a very simple way. It’s also an opportunity for the client to further curate that down the line. They had some thoughts of bringing in some more traditional Chinese terracotta pottery.” 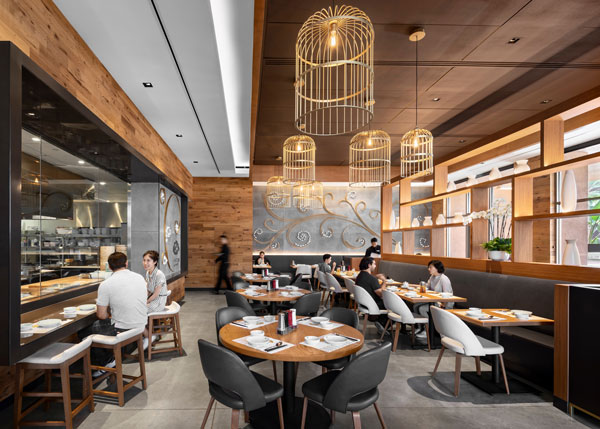 Like the lattice at the restaurant’s entry, these shelves help divide the space while still allowing for visual connections between areas. This is not accidental, says Horn. Because JA Jiaozi occupies a small footprint the design uses subtle elements to create different sections without making the space feel cramped.

Another nod to Chinese culture can be seen in JA Jiaozi’s light fixtures, noted Horn. Songbrids are traditionally common pets in China so the designers converted birdcages into fixtures. 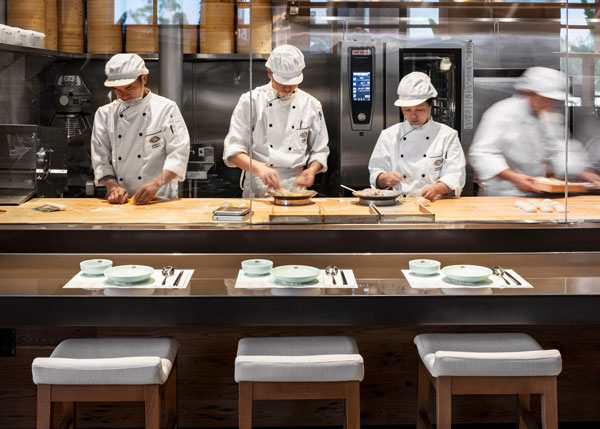 With JA Jiaozi committed to the authenticity of its food, the design creates a showcase for quality with the dumpling bar. Framed with a black solid surface material, the space overlooks a display section of the kitchen where dumplings are actually assembled. Much of the rest of the kitchen is hidden from view.

“It's again that idea of expressing the process and showing the honesty of that process right in front of you,” Horn says. 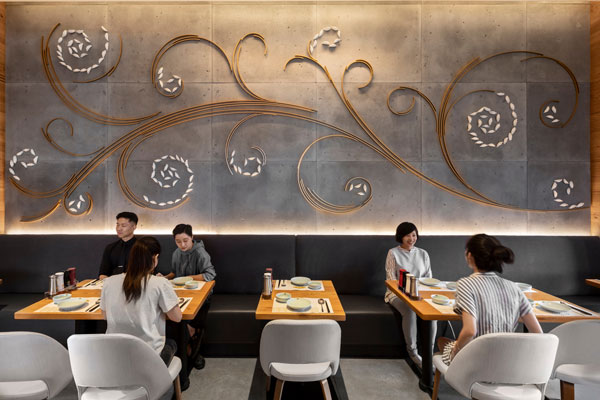 Much of the rest of the design is simple, including concrete floors and more modern furniture “to offset some of the more traditional things we were hinting at in places,” says Horn. “These are very contemporary chairs and tables with simple, clean lines. The upholstery is reflective of the color palette, which is very earth-based and neutral.

However, the restaurant does have some custom art including a wall installation featuring ceramic dumplings surrounded by brass elements that represent steam coming off hot dumplings. With the restaurant’s otherwise no-frills look, this piece represents the star of the show.