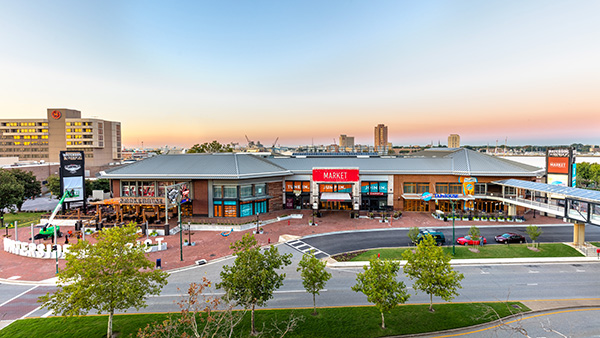 The Cordish Companies’ $40 million overhaul and rebranding of Norfolk, Va.’s iconic Waterside Festival Marketplace has resulted in the Waterside District, a development that hosts events and numerous restaurants on the Elizabeth River waterfront. 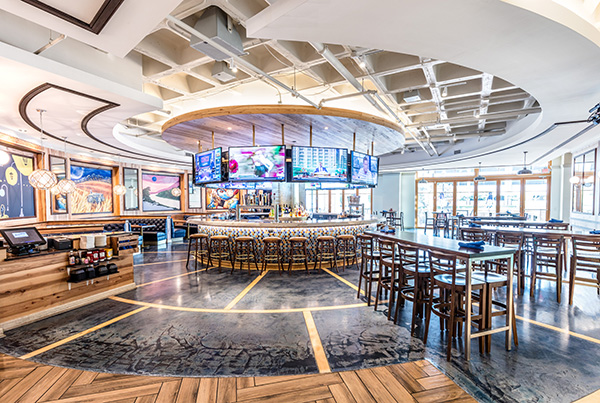 The Bar at Blue Moon Taphouse 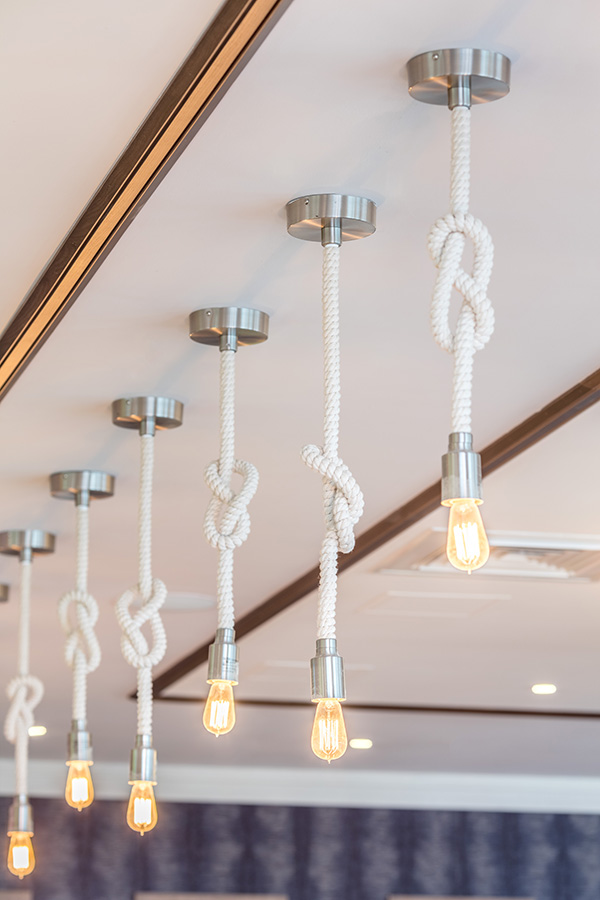 Rope lights in Blue Moon Taphouse, designed by the Jeffrey Beers International team, carry forward the overall nautical theme.Jeffery Beers International provided full design service to The Cordish Companies for the development of Waterside Live, from concept to completion. “Magnifying and framing the views of Norfolk’s waterfront was very important to our design team in planning the layout and look of the interiors,” says Victoria Hood, public relations and communications manager for Jeffrey Beers International. “There is an open and light feeling throughout the various venues, and the design compliments the surrounding nautical views, creating fluidity between the interior and exterior. JBI also enjoyed designing the nautical themed light fixtures, including the rope knots in Blue Moon and the hanging rowboat chandelier in The Harbor Club.” 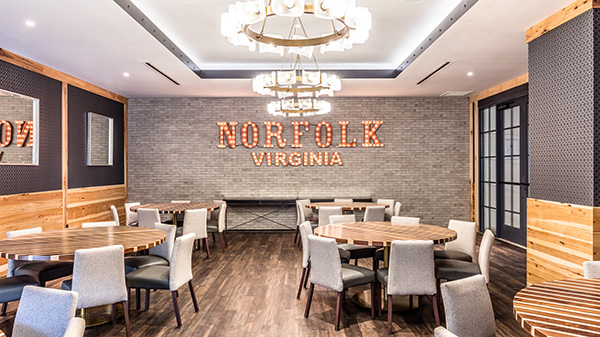 The dining room at Blue Moon Taphouse features many of the materials found throughout Waterside District, including white-washed brick and reclaimed wood. 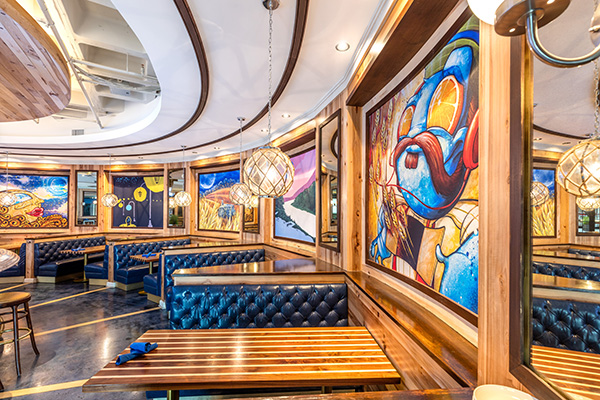 There is a mix of dining and bar spaces, including nautical blue banquettes at Blue Moon Taphouse. 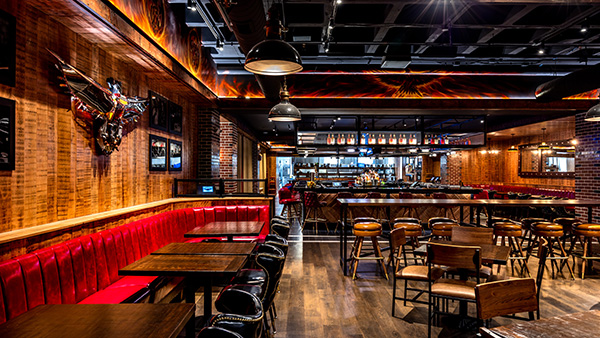 Guy Fieri’s Smokehouse features a sophisticated mix of leather, darker wood and the TV host’s own aesthetic, which features the color red and fire — an element that also highlights the smoked menu items. 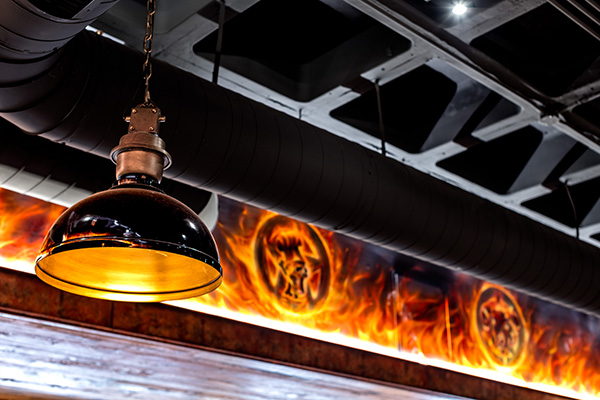 A close up of the warm fire-inspired colors and decorate elements at Guy Fieri’s Smokehouse. 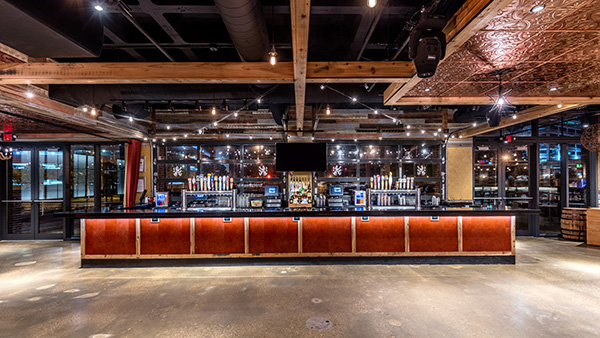 PBR Norfolk leans into the “gritty” history of the waterfront with the inclusion of industrial materials. 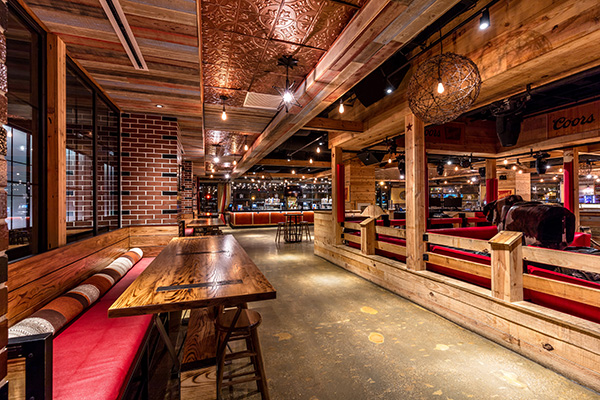 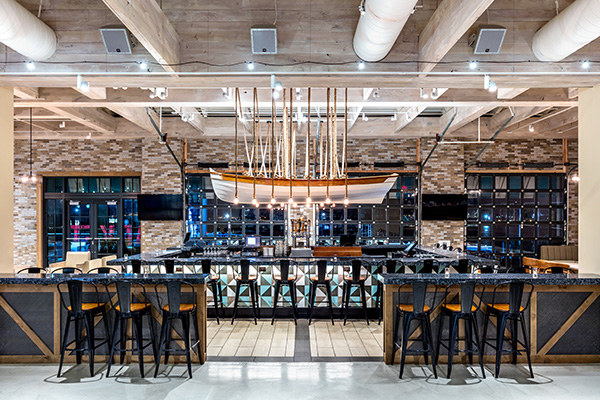 The Harbor Club is steeped in nautical hues and features a rowboat chandelier over the bar. 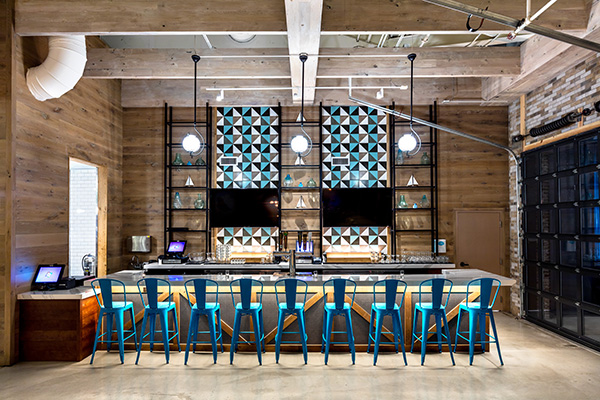 The Harbor Club seats 108 at bar stools, 15 at banquette seating, 64 at picnic-style tables, and more outside.