Go Inside Dining and Concert Venue Venkman's in Atlanta

Nicholas Niespodziani and Peter Olson were on the road with their tribute band, Yacht Rock Review, when they first got the idea to open a restaurant with a concert venue. Each night they performed, they saw how much revenue was being generated at the venues they played.

“We thought maybe we should open our own place and get some of that money ourselves and have a backup plan for when the band runs out of popularity,” Niespodziani says.

Bare Bones Before & After 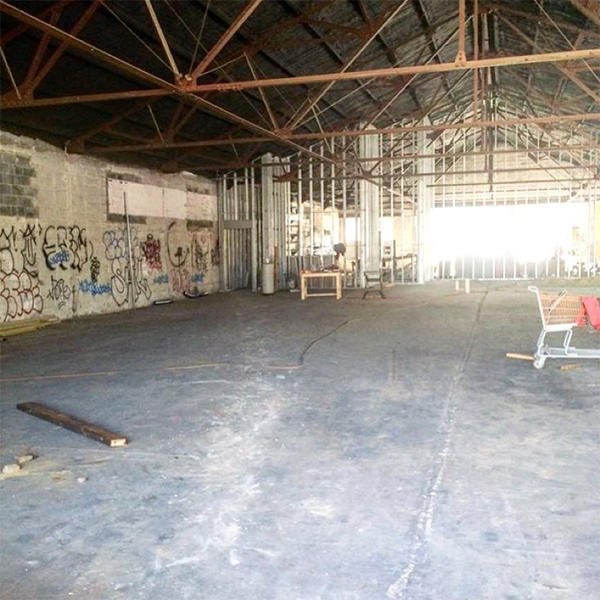 Initially, Niespodziani and Olson wanted to keep as much of the building intact as possible. Unfortunately, that wasn’t very much, says Niespodziani. “We basically had to take it down to the rafters, have the roof, one-and-a-half walls and the floor. Everything else got replaced. It’s almost a new building.” 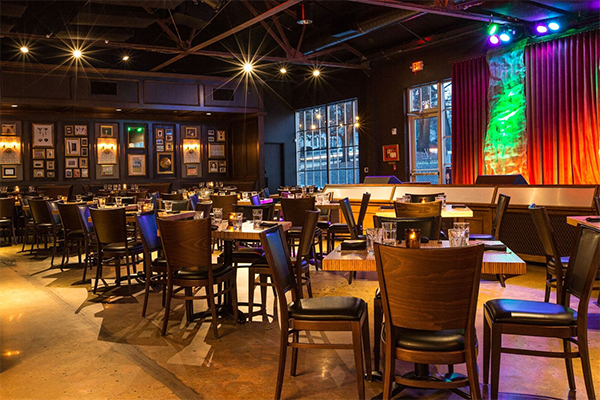 While renovating, the Venkman’s team saved most of the wood from the original support beams from the ceiling and incorporated it into the signage and some plates for the restaurant.

Center Stage Before and After 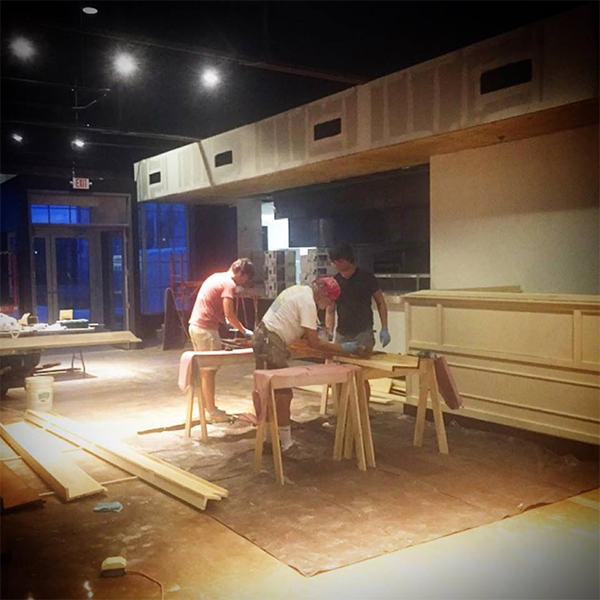 As a restaurant/concert venue, the stage is the center point of Venkman’s. 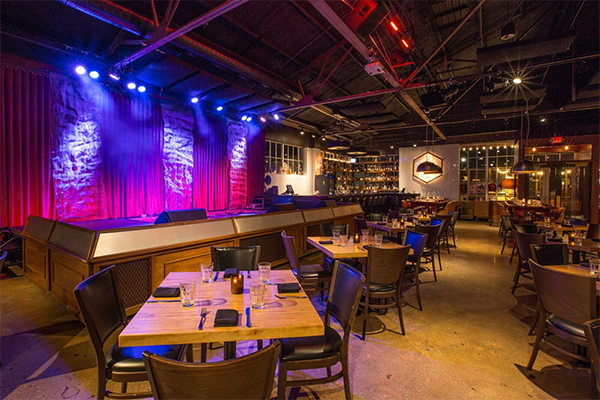 Built by Niespodziani and his father, it features wood paneling reminiscent of old stereo speakers and even speaker fabric. It’s also modular: six feet of stage and can be added or removed depending on the size of the band. The space in front of the stage is modular as well: tables and chairs directly in front of the stage are removed for dancing when the time is right. 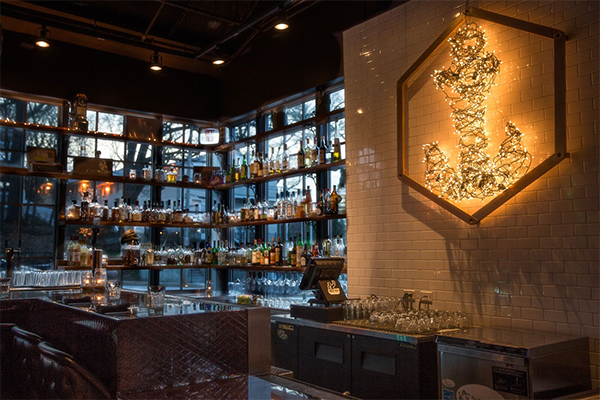 Venkman’s bar has many of the same retro touches as the stage, including older AV equipment and a bar top made of speaker fabric encased in resin. Notably, the bar, stage, dining area and open kitchen are all in the same area at Venkman’s. That’s by design, says Niespodziani. “Even our private dining room has basically a big open window that connects to the main space. Everyone’s in it together. That’s an important aspect of what we were trying to do.”

The back wall of the space includes memorabilia from the partners and Executive Chef/Partner Nick Melvin’s past — the things that led them to the restaurant and music industry. 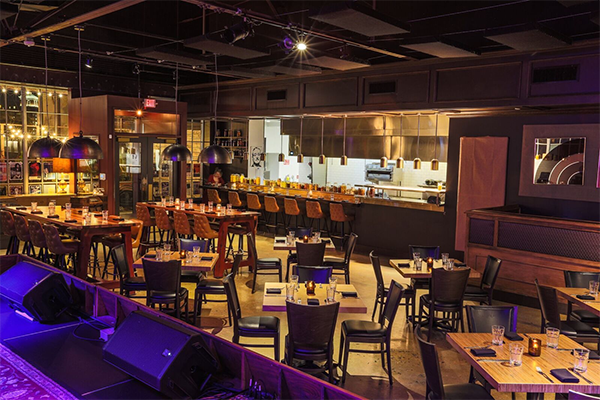 Venkman’s communal approach has presented operational challenges, though. Communication in the open kitchen has been challenging when the place is packed. The line cooks are “aces,” Niespodziani says, and have figured out how to communicate when things get loud.