Restaurant Construction: Insights from a GC

Often, restaurant owners put their trust in an architecture firm to manage most aspects of a construction project, including overseeing costs and budgets. 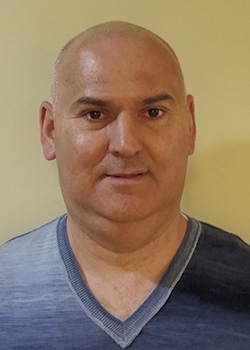 OSMAN “OZZIE” YAZGAN, PRESIDENT ITEK Construction, www.itekconstruction.comYet, it’s the general contractor or the construction manager that has the most in-depth knowledge of construction costs and of numerous factors that can inflate the budget. If owners valued more the advice of their GC or CM in the early stages of a project, they would be better served, argues Osman “Ozzie” Yazgan, president, ITEK Construction, Herndon, Va. With more than 20 years serving the restaurant and retail industry, Yazgan has plenty of advice to offer owners regarding how they can work with — and get the most out of — their contractors.

rd+d: Should a restaurant owner be wary of an outlying low bid on construction projects?

OY: Not necessarily. There are some good reasons why a bid might come in, say, 10 percent lower than the next lowest bid. The GC might want to establish a relationship with the owner. Maybe he sees the project as an opportunity to do that, and makes an attractive offer as a first step to a long-term relationship. Another possibility is that the GC’s business has slowed and he needs the work to keep his people busy. He may be willing to accept a smaller profit.

In some cases, you may find that the low bid is because the contractor really did his homework. He may have a good working relationship with subcontractors who are familiar with the site. Maybe they worked on a project there before. They may know that the site is already well suited to the project and feel like they don’t have to pad the bid by 15 percent to protect themselves.

rd+d: What should an owner do to make sure that the lowest bid is realistic and that they can trust the contractor?

OY: Owners can do a few things. They can request an American Institute of Architects (AIA) Qualifications
Statement. They can also request a financial statement and obtain a Dun & Bradstreet report, which is like a credit report for the business. Also, they should check references and see what other clients think of the contractor.

rd+d: Why is it so valuable to bring a contractor on board early, even during the design process?

OY: If you have a GC go to a job site with some of the major trades, they can inspect utilities, structural elements and things about the site that may cause challenges during construction. On a renovation, an existing building may not have an adequate electrical system or plumbing system for the restaurant’s needs. There may be code issues that need to be addressed.

When you find these issues early and bring them to the attention of the architect, you can reduce change orders and delays.

Other things to check are the HVAC system, duct work and kitchen ventilation. If the space above the ceiling is tight, you may have to notch beams or remove some joists. That may mean you have to reinforce the structure. On one project, we found out that the loading wasn’t enough to support the new HVAC equipment on the roof. My supervisor realized this during construction, and we had to hire an engineer and reinforce the structure. That cost more than $30,000 and about 10 days off the schedule. It’s better to find out something like that as early as possible.