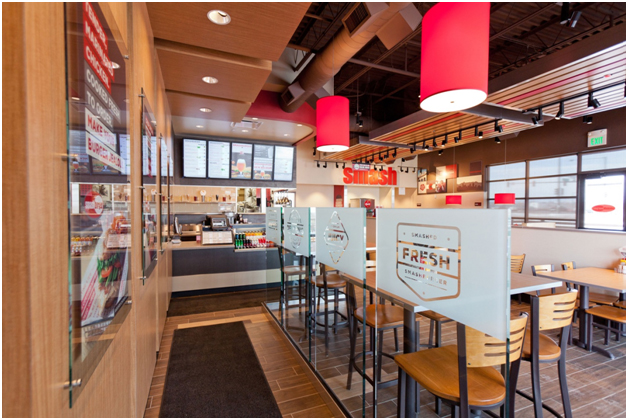 This update comes with somewhat of an international flare, with concepts such as CKE Restaurants, Dairy Queen, Hooters and Smashburger growing abroad. Other restaurant concepts making development news include emerging chains such as Andy's Frozen Custard, Just Salad and Pieology Pizzeria as well as old stalwarts such as Dunkin' Donuts and Fazoli's.

Dairy Queen will enter the country of Jordan via a multi-unit development agreement with SKM Franchise Co. Ltd., a subsidiary of El Rancho Group in Garland, Texas. SKM Franchise Co. Ltd. plans to open a minimum of 10 DQ locations within the first 5 years of the long-term agreement, with the first DQ Grill and Chill locations opening later in 2015.

Dunkin' Donuts will add 10 units in Minneapolis and the surrounding area of Bloomington, Edina, Eden Prairie and other communities west of the metropolitan area thanks to a development agreement with new franchisee Legacy Concepts. The first restaurant is planned to open by the end of this year.

For its fiscal year ending March 31, 2015, Fazoli's reported a 7.3 percent increase in same-store sales for locations operated by franchisees. Company-owned locations reported a 3.2 percent increase in sales. This comes as the quick-serve concept continues to tinker with its menu and service style. The latest upgrades, which include more than 20 new menu items and the continued testing of table service, were launched earlier this year in eight Dayton, Ohio, restaurants. In the first month, sales in the test restaurants were 2.6 percent higher than other company-owned units. Fazoli's also plans to test these enhancements at its 15 locations in the Lexington, Ky. area. Other changes include redesigned, more contemporary menu boards. The new menu and expanded service will be introduced in more markets this fall.

Hooters plans to open a location in Pattaya, Thailand, in August. The 11,000-square-foot, 564-seat Hooters will be the chain's largest international location. Hooters franchisee Destination Resorts Co., Ltd. will operate this location as part of a 30-unit development agreement.

Just Salad opened its first Chicago location in the historic Gibbons building, located in the city's South Loop area. The salad concept operates more than 20 locations in New York City and around the world. The 2,200-square-foot space will also feature a hand-constructed installation from Chicago-based artist Matthew Hoffman.

Pieology Pizzeria opened its first Kentucky location in Louisville. The California-based pizza chain plans to open locations in Michigan and Alabama this summer. Pieology in Louisville will seat approximately 100 guests in an industrial-chic and friendly environment where inspirational quotes decorate the walls, menus and employee uniforms. Pieology also opened a location in Vacaville, Calif. The emerging restaurant chain is on schedule to open 110 restaurants by the end of 2015.

Through a multi-unit deal with franchisee Nordic Venture Partners, Toppers Pizza will open six restaurants throughout South Dakota and Iowa over the next four years.