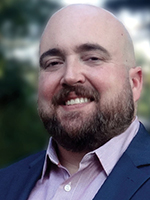 Alex Garrote, Territory Suppression Leader — Ohio Valley, SimplexGrinnell/Johnson ControlsFor obvious reasons, restaurants and fires too often go hand in hand, and government data bears that out. According to the National Fire Protection Association (NFPA), in 2014 there were 8,470 structure fires in eating and drinking establishments in the U.S., the most since 2002.

Average annual property damage from restaurant fires exceeds $165 million, according to the NFPA. Alex Garrote has spent much of his career in fire and life safety and has specialized in commercial kitchen safety. He says he often sees restaurateurs and even the architects who work on their projects making mistakes that significantly increase their risk.

You spend a lot of time in restaurant kitchens. What’s the most common thing you see operators do — or not do — that increases their risk for fires?

AG: The biggest thing by far is lack of proper maintenance. Humans are going to make mistakes in the kitchen. If a restaurant’s equipment, hood and ductwork are properly maintained, if its fire-suppression system is charged and adequate for the type of cooking they’re doing, they’re going to be OK when such mistakes are made. If not, that’s where real problems can arise. Fire-protection system providers can install the right products and create maintenance schedules, but it’s on the operator to make sure the schedules are followed. It’s also up to them to simply keep their facilities clean. Grease shouldn’t be built up on the back walls or in cooking equipment; hood filters should be regularly cleaned and/or replaced. That kind of day-to-day maintenance goes a long way toward reducing risk. It seems simple, but it’s something that doesn’t happen in a lot of operations.

If I’m an operator going into a mixed-use building, what should I be thinking about in terms of fire prevention and suppression?

AG: This is a big deal and important to address because in mixed-use buildings, you’ll have common ductwork, and a grease duct fire is a hazard that extends throughout the building. In a typical mixed-use development, you might have 3, 5, even 10 restaurants that share a common exhaust duct. Those ducts are sometimes in areas of the building that are very difficult to access. The cleaning company might not even know they exist or be able to get to the right unit to get rid of accumulating grease. So, a bit of planning ahead is important. Those ducts need fire suppression, they need access and they need to be a focus when the building is turned over to the owners and operators.

How about older buildings? Are existing fire systems generally acceptable, or are there new technologies that operators need to think about?

AG: A lot of restaurants in older buildings have inadequate ventilation or fans that don’t work properly. And in some cases, we still find what are called pre-UL 300 fire systems. In 1994, it was accepted by Underwriters Laboratories that restaurant fire systems had to meet a higher standard. It’s expensive, especially for smaller operators, to replace such systems, and inspectors will often take pity on them. But at some point, you have to say, OK, that system hasn’t been able to be properly maintained for more than 20 years because it isn’t even made anymore. Can you really say it works well? And if you do have a fire, it will need to be replaced and not just recharged, so it’s something to consider. As for other new technologies, we’re starting to see fire systems integrated into cloud-based systems that alert the operator if it’s not properly charged or if something else is wrong. And there are new designs in sprinkler systems where the nozzles barely even stick out of the hood so you can have a wider cooking area. So, it’s a developing industry, but again, it’s the people in the kitchens who can do the most to reduce risk.