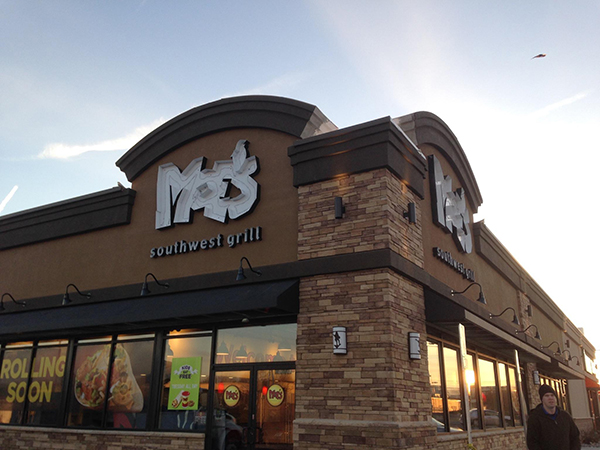 Restaurant companies expanding their enterprises include Red Robin's Burger Works, The Melting Pot and McAlisters. And mergers and acquisitions heat up with Ovation Brands exploring a possible sale, American Restaurant Holdings buying two fast-casual California concepts and Del Taco and Levy Acquisition Corp. taking the next steps in their deal.

Fast-casual restaurant chain BURGERFI inked its inaugural international development agreement. Franchisee EFIT SA DE CV agreed to open 40 restaurants in Mexico City and the surrounding areas over the next 5 to 7 years. The first location is slated to open in the fall of 2015.

Del Taco has closed its previously announced recapitalization in advance of the planned acquisition of the company by Levy Acquisition Corp., a blank check company formed in October 2013 for the purpose of effecting a merger, capital stock exchange, asset acquisition, stock purchase, reorganization or similar business combination. The company's recapitalization represents the completion of the first step of a two-step process in the merger of a subsidiary of LAC with and into Del Taco, which is expected to close in June 2015. Restaurateur Larry Levy, the CEO and chairman of the board of LAC, together with his family and a group of new investors have made a private investment of $120 million in the common stock of Del Taco and now own approximately 46 percent of the quick-service concept. Levy has assumed the chairmanship of Del Taco. "With the infusion of new capital, we are well positioned to accelerate the expansion of our brand and make the necessary investments to support our accelerating same-store sales growth," said Paul Murphy, president and chief executive officer of Del Taco.

McAlister's Deli is targeting Phoenix for franchise growth and seeks experienced multi-unit restaurant operators to help the fast-casual concept expand in the region through multi-unit development agreements in areas such as Mesa, Tempe, Chandler, Gilbert, Glendale and Goodyear.

The Melting Pot Restaurants, Inc., a franchised fondue concept, opened a restaurant in Jakarta, Indonesia. This marks the polished casual concept's first location outside of North America. The Melting Pot is on track to open its first restaurants in Dubai, United Arab Emirates, and Riyadh, Saudi Arabia, later this year as well as its fourth location in Mexico City, Mexico. The chain also announced it seeks franchisees for its Chattanooga and Memphis, Tenn. markets.

Tropical Smoothie Café, a fast-casual café concept known for its better-for-you food and smoothies, has targeted Philadelphia and Northern New Jersey for franchise growth. Over the next 10 years, the sandwich and smoothie franchise expects to open 50 locations throughout the area in communities such as Upper Darby, Conshohocken, Norristown, Germantown, Wynnefield, South Philadelphia and West Philadelphia. This year, Tropical Smoothie Café plans to exceed 500 stores nationwide and sign franchise agreements for an additional 150 new locations. The brand currently has franchise opportunities across the U.S. in markets such as Atlanta, Houston, Dallas, Charlotte and Columbus, among others. By 2018, Tropical Smoothie Cafe plans to have 800 stores open across the U.S.