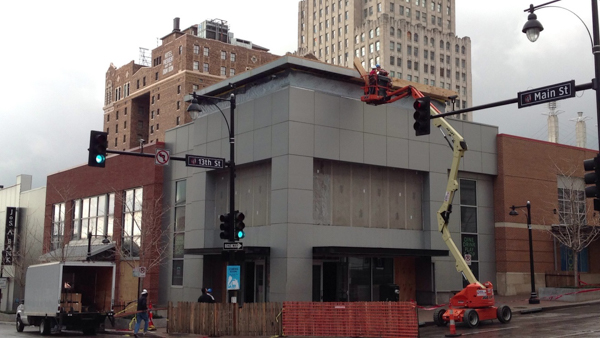 Thanks to an improving economy, construction trends for 2015 include an increase in retail and restaurant ground-up construction and a rise in shopping mall renovations, according to national general construction firm Englewood Construction.

"In 2014, many retailers and restaurateurs added new venues as well as tore down existing stores and replaced them with new ones in order to meet brand standards," says William Di Santo, president of the Lemont, Ill.-based company. "While there still is ample space for retrofits in empty storefronts, we're seeing more focus on ground-up construction."

Englewood started two new ground-up restaurant projects toward the end of 2014, a Cooper's Hawk Winery & Restaurant in Oak Lawn, Ill., and a Seasons 52 restaurant in Bridgewater, N.J. In addition, it recently began an expansion at white-tablecloth restaurant The Purple Pig in Chicago, as well as the renovation of a Yard House in Kansas City's Power & Light District in Missouri. The company is also working with Red Robin and Buffalo Wild Wings in the fast-casual arena to roll out several new restaurants in 2015.

"Over the past few years, the majority of [our] restaurant construction has been confined to upscale activity," Di Santo notes. "That has changed in recent months as consumers are returning in all categories, including fine dining, fast casual and fast food."

He expects activity in the shopping mall space to be brisk in the year ahead, as well. "The traditional mall has faced an uphill battle as competition from lifestyle centers and online shopping has only increased in recent years," he says. "To draw shoppers to malls, investors will be adding entertainment venues, fine dining and other features that cannot be recreated online. People are willing to go out and spend money on services they cannot get at home." He adds that entertainment options, such as new theater and bowling concepts, are both trending for 2015, as well.

Retail tenants are also relocating within malls from tucked-away corners to more expensive center-court locations that see more foot traffic. To offset the higher rent, they're opting for smaller floor plates. For mall owners, this has meant finding ways to reconfigure areas with mall renovation projects to support more retailers with smaller footprints, according to DiSanto.

Some shopping mall owners make this new density work by improving sight lines for shoppers so that individual stores and restaurants don't get lost in the shuffle. For example, in the recent construction of Harry Caray's 7th Inning Stretch and Chicago Sports Museum in Chicago's Water Tower Place, signage was visible but the restaurant space could not be seen from the escalators. "To bring more exposure, we pushed out the restaurant space to make it more visible and inviting," Di Santo says. "We expect to see more retailers calling attention to their store locations through creative commercial construction problem solving."