The Return of the Automat 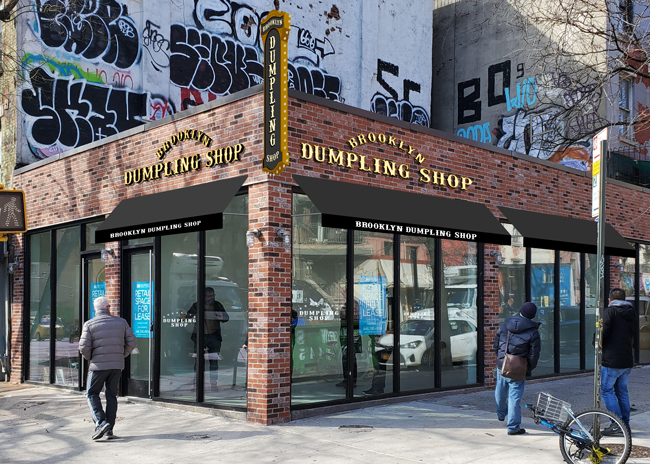 Long before Brooklyn Dumpling Shop opened its doors for the first time on May 19 of this year, owner Stratis Morfogen had signed up more than 100 franchises of his nascent brand.

What makes Brooklyn Dumpling Shop so appealing is that it’s the ultimate in contactless dining. It’s based on the model of the automat, which was popularized about 100 years ago and became especially popular in New York City after the Spanish flu pandemic of 1918.

While the restaurant works perfectly in a pandemic world, Morfogen actually thought it up before the pandemic “for efficiency and economical reasons.” His goal was to dramatically reduce payroll, which is a huge expense for restaurants, to ensure business longevity.

Automats are certainly an ideal concept for COVID-cautious customers, but they probably have staying power. “There are certain things that are not going to go away — touchless, food safety and quality food,” says Danny Bendas, managing partner of Synergy Restaurant Consultants in Newport Beach, Calif.

Tom Frank, culture engineer with restaurant consulting company Round Food Management in Phoenix, Ariz., likes the idea of them but has a question: “Can you still call it hospitality if there’s no interaction with other people?”

But Bendas doesn’t see the hospitality of automats as any different from ghost or virtual kitchens. “They’re viable, provided whatever platform they have is user-friendly.” In fact, he adds, he wouldn’t be surprised to see automats move to a drive-thru option once someone figures out the technology.

Not surprisingly, Brooklyn Dumpling Shop has a very modern design. The interior is largely white while the floor is what Morfogen calls “Ferrari yellow” and sealed with epoxy “so you can see your reflection.” Wallpaper warms the walls.

There are 14 seats inside at wrought iron tables with bar stools and plexiglass partitions, and all interior tables have a charging dish inside them so customers can charge devices on top. The interior, says Morfogen, “is not soft; it’s modern and striking.” There are also 100 seats outside on decks, but no table service to keep the restaurant contactless.

The entire space is about half front-of-house and half back-of-house. There’s a huge window, around 14 feet high and 18 feet wide, so customers can see food being prepared and cooked. Having the window was very important to Morfogen. “That’s a problem the old automat had — it was a big tin can. People don’t want to see a wall of metal; the idea is you see half the restaurant that’s metal boxes and the rest is a full kitchen view. The robots are exciting to see, too.”

The stainless-steel lockers themselves have clear glass fronts, and when they have food inside they light up — red for hot food and blue for cold.

At Brooklyn Dumpling Shop customers either order from their phone or link their phone to an in-store kiosk for a truly touchless experience. When their food is ready — after about five minutes — a text tells them which of the 23 cubbies their meal is in.

The food is what Morfogen calls “the one-ounce sandwich” — dumplings, spring rolls and wontons. He serves about half of the menu at his nearby Brooklyn Chop House, and selected the favorites to serve from there and added others.

It’s not just the delivery of the food at Brooklyn Dumpling Shop that’s technologically advanced — the back of the house is, too. Morfogen is using Miso Robotics for the fryer and the flat griddle, which allows him to reduce back-of-house employees from five to three, reducing his payroll even further. “My mission is 24% to 30% the payroll of a QSR and the eventual goal is to have it down to 10%, which will revolutionize the industry,” he explains.

This is vital, says Bendas. “It’s just a matter of time until robots become more important. They show up to work every day, they don’t need a lot of training, don’t need higher wages and don’t require benefits. As technology becomes better, they’ll become a lot more adaptable and diverse, and the cost will come down.”

The food served at Brooklyn Dumpling Shop is all made on-site in what Morfogen calls the “dumpling lab.” For future franchises, food will be shipped out of this lab, which will operate as a kind of commissary via Sysco. The dumplings will arrive frozen at franchised locations, where they’ll be steamed, griddle-cooked or fried.

The New York City East Village location that’s open will be what Morfogen designates Dumpling University. “All employees will come here to train for three weeks and then we’ll go on-site and do training there,” he says.

As for those franchises Morfogen has already signed up, they’re mostly multi-unit deals. He anticipates six will open this year, 25 next year, and 125 in 2023. All but one of this year’s launches will be on college campuses. However, the spread is greater than that, with deals signed in California, Texas and abroad. Morfogen also expects a lot of other nontraditional locations to factor into development plans in places like airports. 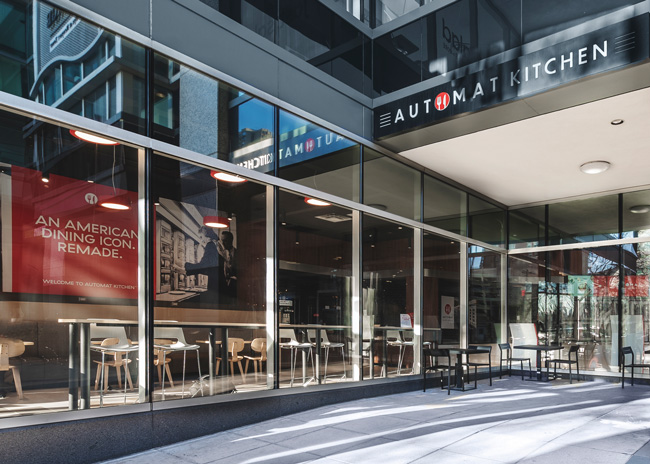 This restaurant had also been in the works before COVID. In fact, it’s been on owner Joe Scutellaro’s to-do list for 15 years, but technology and its costs held him back.

“It was a combination of nostalgia and I was also intrigued by reducing costs in restaurants. When we first developed the concept, the technology was cost prohibitive,” says Scutellaro. “The touch-screen monitor, which we’ve always envisioned for our doors, was thousands of dollars; now it’s hundreds.”

What was difficult, Scutellaro says, was the POS, but now everyone has a phone, so he needs fewer kiosks than originally expected. Prior to cellphones being so ubiquitous, he says, “you wouldn’t have been able to sell enough food to justify the costs.”

Another concern was the integration of the hardware and software with the back-of-house and front-of-house. “Fifteen years ago, it seemed a daunting task,” Scutellaro says, but now it’s possible. His POS software runs through a popular commercial platform, but the back of the house and cubbies utilize proprietary software.

Scutellaro admits that the pandemic changed key traffic patterns that influenced the site selection. He chose a high-traffic business area close to several major transportation hubs for Automat Kitchen, but right now “it’s not generating the traffic or sales we wanted.”

Automat Kitchen opened in January 2021, and during the pandemic Scutellaro made adjustments so customers didn’t have to touch the kiosks or the cubbies. At the kiosks, guests scan a code and then order from their phone. Once their food is ready — after 5 to 10 minutes — they receive a text. They can reply with the word “open” to open the cubby automatically. “We wanted to leverage our COVID-friendly practice,” he says.

At Automat Kitchen there are two rows of 10 ambient cubbies. Scutellaro didn’t feel the need for them to be heated since guests pick up their food quickly. The big difference to the automats of yore, Scutellaro says, is they used to be filled with ready-made food and kept warm; at Automat Kitchen the food is cooked to order.

The food is prepped on-site daily and Scutellaro wanted a very modern kitchen, with combi ovens. The kitchen is ventless and greaseless so no grease traps are required. He can get away with this because there’s no fried food. “From a money standpoint the ventilation and grease trap can be huge, so we tried to develop a back of the house of the future as well.”

Like Brooklyn Dumpling Shop, Automat Kitchen also has some seats — around 25 inside and 16 outside, “but at its heart, we feel this is a grab-and-go concept,” says Scutellaro.

He was concerned that Automat Kitchen, with floor-to-ceiling windows and all of its technology, might appear cold. “We didn’t want to have that sterile, too futuristic, look. Since we always wanted to use the old automat theme, we’re very Art Deco in our look and hope that makes us a little more inviting. Scutellaro also included four 50-inch TVs with pictures of food and the menu “so we try to make that inviting.” He also plans to feature images on the touchscreens of each cubby.

The technology’s fun, the environment is sanitary, “but it’s ultimately about the food,” says Scutellaro. “We tried to go back to some classics but update it for today’s palate.” Dishes include Massaman curry pot roast, vegan mac and cheese, and a couple of breakfast items like a waffle sandwich.

Dinner business is driven by delivery, via DoorDash and Grubhub, which integrate with the POS system. Scutellaro did not anticipate this “because it’s not what our store is about; it’s about having the experience with the wall.” Automat Kitchen is open from 10 a.m. to 8 p.m. but may expand as post-pandemic life changes the ebb and flow of dayparts.

Looking forward, Scutellaro hopes to grow Automat Kitchen through company stores and licenses, not franchises, and expects to see the latter in transportation hubs and airports. He’s also looking at farther-flung locations like Texas, California and even abroad.