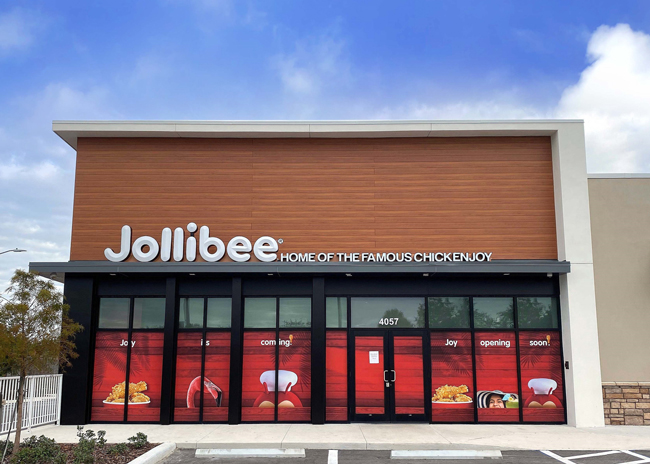 Jollibee continues its aggressive North American expansion with six new store openings across the U.S. and Canada. Jollibee opened stores in Brampton, Ontario, and Edmonton, Alberta. The company plans to open another location in Scarborough, Ontario. Before the end of the year, another location will open in Texas and two will open in California.

The six openings mark the brand's continued progress in its mission to reach 300 stores in North America by 2024. The new stores will bring the total of U.S. stores to 48 and the total of stores in Canada to 13. Despite the pandemic, Jollibee has opened 12 stores across North America in 2020, adding locations in Texas, Illinois, New Jersey and Nevada.

“Each of the new stores are opening in cities where we have seen a consistently positive response to existing Jollibee stores in the area,” says Maribeth Dela Cruz, president of Jollibee Group North America, Philippine Brands. “Our customers’ unwavering support during this difficult time gives us confidence in our continued expansion in these key regions, with the safety of our customers and store team always remaining our first priority.”

The Houston store marks Jollibee's third location in that market, following the opening of a unit in Missouri City this past summer. Jollibee in Delano and Torrance, California, will become the brand's latest locations to open in the state which hosts the chain’s largest network of stores. Finally, the new Scarborough location operates from the Golden Mile shopping district, servicing shoppers in need of a break and customers in the surrounding area.

To provide a safe environment for customers and the store team in the midst of COVID-19, the dining rooms of all of the stores will remain closed until further notice. Each store will offer a mix of alternative channels for receiving food, including call ahead & pick-up, take-out, drive-thru and delivery services.

Jollibee is among the largest fast-food chains in the Philippines, operating a network of more than 1,400 stores in the region. In North America, Jollibee now operates 55 stores across the region, with 45 stores in the United States, and 10 stores in Canada.