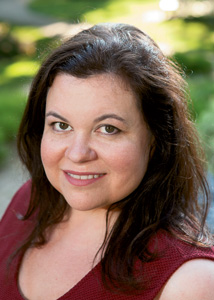 Like many Gen X adults, I was a latchkey kid. In elementary school, I also won a bunch of “citizenship” awards. What that means in practical terms is that, as an adult, I’m comfortable being alone for long stretches of time, and I like to think of myself as a good citizen.

So, back in March, my early childhood training kicked in. I told myself — like so many self-described good citizens — that I’d be working from home and taking a social break for about six weeks. I prepared. I bought hand sanitizer, groceries and the Fast & Furious eight-movie Blu Ray box set. However, it turns out I wasn’t prepared for the staying power of this virus.

But, like so many Americans, I have adapted to this frankly frustrating time. Early on, it was clear takeout and delivery were going to be big in 2020. But, after sitting in on so many conversations over the years about why tech hadn’t really disrupted the restaurant industry as it had just about every other sector, I was surprised by how important technology became to our food lives.

Like 64% of those surveyed by tech company Bluedot in their “What Feeds Us Volume II” report, this past summer I downloaded apps I hadn’t used before to purchase food from restaurants, grocers and other essential stores. A couple of weeks ago I used the Google Maps chat function to make reservations at my favorite restaurant patio when they didn’t answer the phone. I didn’t even know that app had a chat function until I was prompted to use it. My husband later used Facebook Messenger to make reservations for us at the same place.

I had ordered delivery a million times before this year, of course, but not from the kinds of places now at our disposal.

I’ve also done more drive-thru pickups in the last five months than I normally would. Drive-thrus are being added everywhere it’s possible to do so. And walk-up windows are being added where drive-thru windows are not an option. In fact, 74% of consumers surveyed by Bluedot say they have visited the drive-thru at the same rate or much more often than usual since the pandemic began. And 40% of consumers have used curbside pickup at a restaurant more often than ever before.

When it comes to consumer perception and safety, the drive-thru wins with 38% surveyed feeling it’s the safest choice. Curbside pickup comes in second with 21% and in-store pickup trails behind at just 9%.

Perhaps my desire to get out the house has been trumping my desire for safety as I’ve enjoyed outdoor dining regularly all summer. But, like so many others, I’ve only done repeat visits to places that put on a show of safety. Displays of sanitation have become important to guests. Out of 28 options, 62% of those surveyed by Bluedot ranked wearing a mask as the most important. And staff not wearing a mask was the No.1 reason respondents said they would not return to an establishment.

I’m desperate to return to a less germ-phobic time. But, as with anything, we’ve got to live with the world we have — at least until we take collective action to create the world we want.