How to Use Digital Analytics for Restaurant Growth

The ability to see the future has been in the hands of fortune tellers and soothsayers for hundreds of years, but in the 21st century, restaurant developers are turning to another tool: digital analytics.

Cold, hard numbers are largely what’s driving new locations and the initial targeting of a new site — and restaurant companies are relying on technology to point them in the right direction. 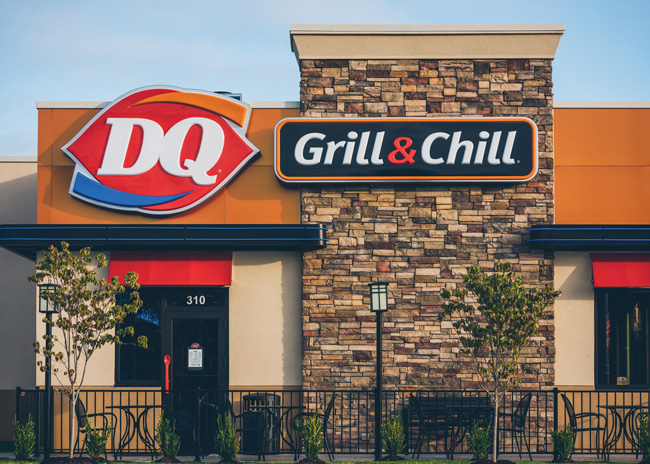 Dairy Queen’s analytics tool looks into who lives and works nearby. It will examine any cannibalization from nearby stores, competition, visibility, and demographic Information.

The site selection tool makes Roy Rogers a more attractive gamble for franchisees, according to Biser. “By providing our franchise partners with a more robust site selection and analysis tool, we’re giving them the best possible opportunity to succeed,” he says.

Frederick, Md.-based Roy Rogers plans to open 3 to 10 new restaurants per year over the next 2 to 3 years, then build from there. The company’s growth, Biser says, is mostly through area development agreements.

Before it turns to software, Roy Rogers checks out sites that brokers or franchisees recommend. The development team analyzes the basics, such as traffic flow. Then, Biser says, in a couple of hours, the software provides the data that previously “would have taken us a week of manpower.

“We have to size up the market, and that’s where a lot of the tools and resources come in,” Biser says. “Based on factors like the number of competitors or other QSRs in general, we find comparable markets where we have existing stores and say the key metrics we are looking for.” For this, he says there are probably 50 factors, such as competition, population and accessibility to affordable real estate.

The software selected includes an artificial intelligence (A.I.) component that Biser says has been a huge leap forward for the organization. “The A.I. component has really enabled us to make better data-driven decisions,” he says. The A.I., cross-references hundreds of variables between existing locations, compares a location with others in the system and comes up with sales projections. The idea is that the system will improve over time as the A.I. learns, and Roy Rogers has already seen this as it’s added more variables to the software.

The software Biser employs also includes social media information. It maps around each site and looks for common social media themes. This gives Roy Rogers psychographic information based on social media — it notices relevant words like “sandwich” or “dinner,” Biser says. So when considering a new site, if the top five conversational topics match what Roy Rogers knows about its top customers, “we know we’re reaching a target audience that’s very receptive to our brand.” 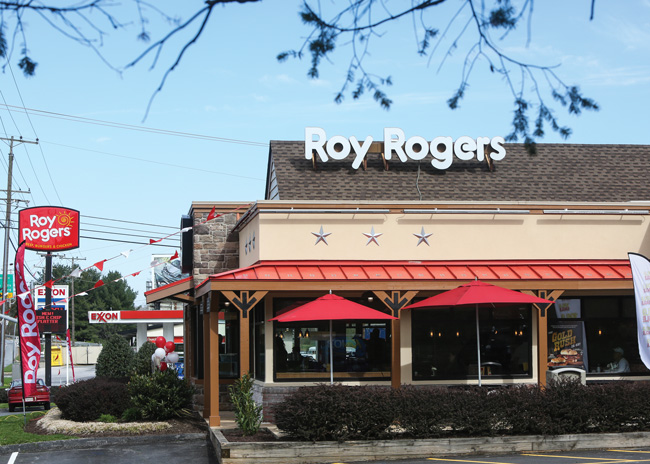 Roy Rogers starts by checking out sites that brokers or franchisees recommend. The development team analyzes some basic info and then turns the process over to its software, which in a few hours provides data that that used to take a week of manpower to produce.

This summer, Dairy Queen invested in new analystics software to help it select new sites. “We want to capture where people live, where they work and what they do so we can link Dairy Queen to new sites,” says Julie Davis, director of franchise sales and development, U.S.

The first step, which doesn’t include the software, involves identifying an actual site for a Dairy Queen. The selection may be from Rude and the development team, or it may be from a franchisee who’s suggested a location.

Then, Dairy Queen enters that site into the software “and starts learning more about the analytics behind it,” says Davis. The tool will look into who is living and working nearby. It will examine any cannibalization from nearby stores, competition, visibility, and demographic information, such as nearby household income, ages of consumers and their lifestyle patterns.

It also provides sales projections. Dairy Queen does not give that information to its franchisees, opting to use it internally to assess a site. “The best thing is it tells you when to walk away from a site,” says Davis. “This allows you to tell a franchisee when a site doesn’t work, and that’s a hard thing because sometimes people get emotional about real estate.”

A site, says Rude, “needs to make sense for the franchisee to be successful — not just for the first one or two years but years down the road.”

In July, Dairy Queen started using another new project management tool for corporate and franchisor development teams to keep projects on track once a site is selected. This allows the company to track project management, complete projects on time and under budget, and see a faster ROI. “We’ve had other programs, but this one is designed for franchisors, by ex-franchisors,” says Davis. “On-time completion of tasks is critical.”

“[It] helps us analyze our project timeline, and we’ll be able to tighten things up,” says Rude. “We’ll have the data in real time.” That means the tool can help Dairy Queen quickly if things are going awry.

The chain will be able to identify where it’s spending too much time on a project, Davis adds. “We can measure every phase of a project — human, lending, permitting and so on,” she says. 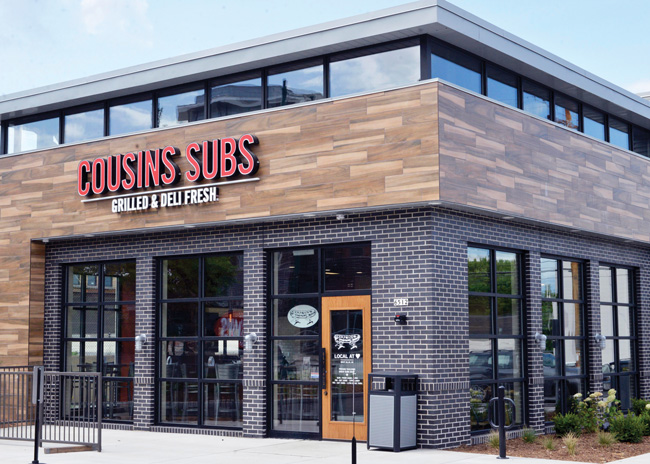 Cousins Subs development uses a software application that allows them to select sites from their desktops rather than traveling to each one.

Cousins Subs has around 100 restaurant locations in Wisconsin but is looking to creep over the borders into contiguous states. It plans to open 40 stores over the next 6 to 8 years in Chicago and its suburbs alone, 6 of which should be open by the end of September, but also in other cities like Indianapolis and Minneapolis-St. Paul. To aid with this development, The Menomonee Falls, Wisc.-based company uses a software platform that was designed specifically for the company.

Cousins’ development team can select sites from their desktops rather than traveling to each one, says Vice President of Development Joe Ferguson. “It allows us to be more confident,” he explains. “It narrows us in on a municipality or an area of the city. And in a big city, like Chicago, it shows where we can maximize the number of sites based on the number of people living there.”

Cousins Subs wants to identify markets with customers similar to the ones it already has. “The software identifies different lifestyle segments in and around a potential market that identify with our brand. We look for these type of customers in areas where we’re looking to grow,” Ferguson says.

The software also examines traffic counts (the highest density of traffic), where competitors are, where the retail is in that area, where people eat in the area, where they shop and where they work. Cousins looks at high concentrations of lunch business, which is its No. 1 daypart.

The software was designed based on customer data Cousins provided a predictive analytics company. “We know who our customers are, how often they shop at our stores. We want to find the people who want to eat sandwiches more often,” says Ferguson.

It’s not all tech-focused. Once Ferguson has approved a site based on the data, he typically goes to visit it. He also relies a lot on franchisee feedback. “We use their local expertise; they have their own intuition on a site,” he says. “At the end of the day, it comes down to experience with the brand. You could have all the data telling you to go somewhere, but you do have to go with your gut, too.” 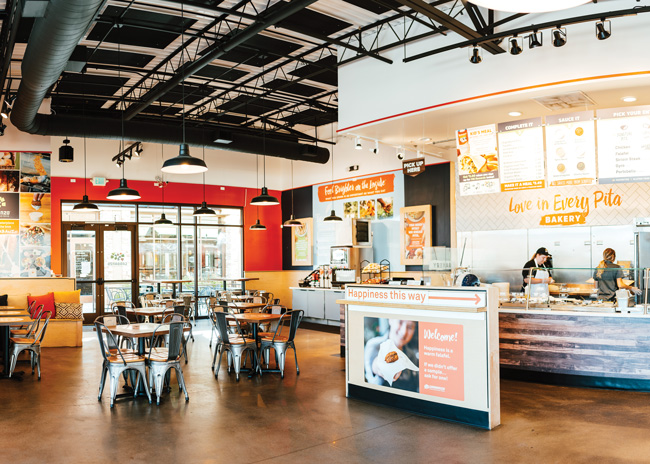 While many chains now choose analytics, Garbanzo’s Fresh Mediterranean instead strives to emulate what works best at its most successful locations. Important factors include visibility, access, parking and traffic counts.

Not everybody is enamored with software. Garbanzo Mediterranean Fresh has 15 corporate restaurants, many of them in nontraditional locations like airports, and expects to grow, via franchising, to the tune of 15 new restaurants next year and to 250 in the next 5 years.

Chief Development Officer Larry Sidoti is not a fan of using technology to map out sites. “You can’t substitute the emotional intelligence, using your instincts and your gut along with the data, to help a franchisee make a decision,” he says. “I didn’t get anything out of using [data], and the demographics are always available on the internet.”

The top three things Sidoti looks for at each site are visibility, access and parking. Also important are traffic counts — he wants a daytime population of 10,000 with 25,000 cars driving by each day, and if he’s going into a mall, he wants to ensure there are strong national or regional brand anchors. “We apply those variables to each site and say, ‘Does it check this box and this one?’” he says. “And finally, ‘Does it pencil?’”