How to: Target Underserved Markets 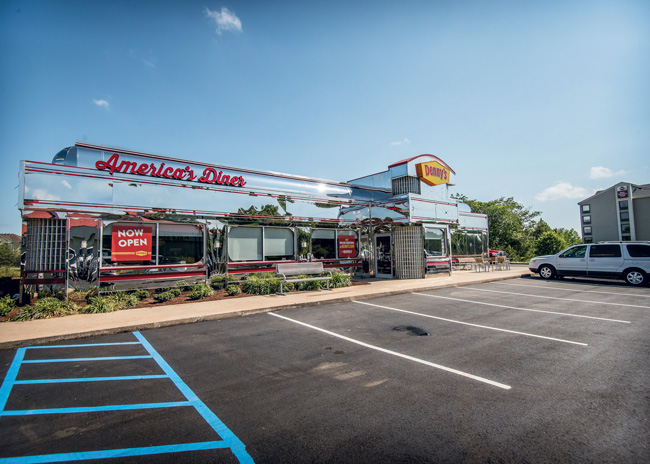 In 2015, a franchisee called the corporate office of Wayback Burgers and said he’d like to open a location in Newcastle, Wy.

“We said no, it couldn’t work,” says Patrick Conlin, president of Jake’s Franchising, parent company of the 150-location fast-casual chain. Newcastle, he explains, with its population of 3,500, could not possibly provide the volume Wayback Burger restaurants needs to be successful.

But the franchisee, Bart Loebs, was adamant. After several phone calls, he visited the head office, “and we realized he was really passionate about this town,” says Conlin.

In April 2016, Wayback Burgers opened a location in Newcastle, and today it’s among the top ten restaurants in the chain in terms of sales.

Underserved locations such as this offer both an opportunity and a risk for chain restaurants. On one hand, they’re markets with no competition and, presumably, a population hungry to eat out. On the other hand, perhaps this demographic doesn’t want or can’t afford to eat out, and maybe the logistics are too difficult to overcome.

What really makes the Newcastle location successful, Conlin says, is the passion of the franchisee and his customer service. Without the franchisee’s persistence, this restaurant would have never opened. “He was adamant that he knew his market better than anything we could look at on a map or with demographics, and he knew he was going to be successful,” he recalls. “He was right on the money.”

Six months after the Newcastle location debuted, Wayback opened another restaurant in an out-of-the-way town: Firebaugh, Calif., whose population is around 8,300. This location, too, is now in the top ten in terms of sales for the chain.

But the Firebaugh location is different. It’s at an interstate exit in rural farm country. Again, Conlin initially said no. The franchisee pushed back. “He said this is a major highway and there’s no other exit for 25 miles, so people have to get off here to get gas, get food,” he says. This location is the opposite of Newcastle: Here, sales are all from passersby; in Newcastle, the restaurant’s full of locals.

After being persuaded by the franchisees, Conlin and his team did their due diligence, though he admits, “Sometimes you can do all the research, but if you have a smart person who knows that area and is embedded in that area, they are a lot smarter than anything you can read.” 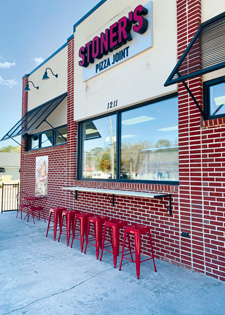 But HospitalityX takes many things into consideration before moving into a small town. First, it considers supply versus demand. Then, it looks at demographics by studying cell phone patterns. It also wants to ensure the town is growing “because we want to make sure we’ll have sustained sales,” says Bergelt. In the next few years in Springfield, a port is opening, which will bring 1,000 new jobs to the town. That is exactly the type of thing Bergelt looks for.

Next, the chain’s team examines community planning and regulatory bodies and talks to city planners to understand where they are going to be making investments in the community.

The city planners may also offer incentives to come into a small community, Bergelt notes. For example, they might extend tax credits, pay for signage or help create good ingress and egress “because they see you’re good for the community.”

HospitalityX runs any new location through its forecasting software and looks at the number of households and the number of people. “We can guess with pretty high certainty what a location will do, financially,” says Bergelt. It’s important to make sure you not only will have customers, he says, but also have employees there. “You also have to look into why a location’s underserved.”

In fact, without technology, it would be too much of a risk to move into an underserved location, Bergelt says. “If you rewound the clock 5 or 10 years, we’d never have understood the risk profiles of underserved areas, so we’d never have moved into them,” he explains. “Now we have the confidence to do it.”

Denny’s, with more than 1,700 restaurants across the country, is a much bigger company than Stoner’s Pizza Joint, but it also opens restaurants in unexplored territory.

The first thing the company does is look into whether there’s sufficient demand — “whether there is enough ‘food-away-from-home dollars to sustain a Denny’s,’” says Senior Director of Development Mark Burgess.

For construction and build-out, Denny’s has national contractors who can tap into the local markets, though Burgess says a local franchisee will often already have those connections. A local person also has the advantage that they know the ins and outs of a town, such as who’s issuing permits, which helps speed a restaurant’s opening.

Denny’s also makes use of software to test what’s positive and negative about a market. The casual-dining chain also requires that every franchisee do a complete site analysis and present a package that includes information about demographics, traffic generators, parking, competitors and sales projections.

Construction of the Wayback Burgers in Newcastle required more communication than is typical on a build-out, Conlin says, because he couldn’t use his usual team of contractors and instead relied on local companies. “So it was a lot more back and forth to answer their questions,” he says. It also took a little longer to bring in some equipment because shipping and deliveries were trickier, so it was a bigger investment.

Another challenge in Newcastle was distribution. “This location is so out of the way that we had to twist the arm of our distributors to get food there,” Conlin says. But thanks to the ongoing volume, this has proved to not be a problem. Like other locations, Newcastle receives one weekly delivery. The only time there are issues are if there’s an error on the distributor’s part. However, “Loebs is smart enough that he orders extra in case there’s a mistake or an uptick in business,” Conlin says.

Bergelt looks at challenges as part of his due diligence. Making sure there are contractors who are certified and insured is important. So, he regularly visits each site with contractors he works with, who give input on site selection “and ascertain if we have those skill sets on the ground or if we’ll have to ship them in.”

Marketing in an underserved location is also different, Bergelt says, and it’s much lower tech: mostly direct mail and newspaper advertisements, though he does some digital marketing, too.

Denny’s doesn’t jump in immediately with marketing in an underserved location. The chain likes to open and create some word-of-mouth marketing first; then, after about three months, advertising starts and includes sending out some mailings. “By that point, everyone’s tried you, so you want to increase the frequency,” says Burgess. 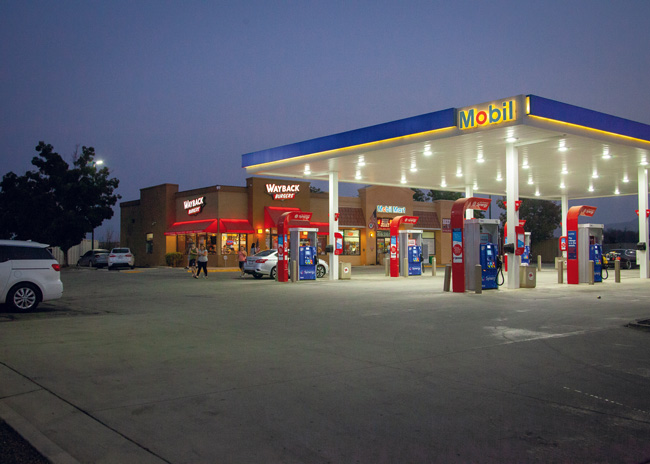 Wayback Burgers in Firebaugh, Calif., attracts a transient clientele that has no other options for 25 miles. The chain opens in underserved locations and often relies on the passion of franchisees there. Image courtesy of Wayback Burgers

Red flags to look out for in an underserved location, says Conlin, are if businesses are closing or there’s a lot of space for lease and a declining population. Wayback specifically prefers a younger demographic — families with kids — because they typically are going to have more income. Plus, he says, “A big trend in the restaurant industry is delivery, and the demographics of that delivery customer are skewed younger, rather than older.”

Once you open, competitors may follow suit, so it’s important to pick the absolute best location in an underserved market, Conlin says, “so we can withstand when a competitor comes in. And when someone’s coming in, you usually get a pretty good lead time to solidify your base and make sure your operations are up to snuff.”

Bergelt also looks at competition. Ideally, Stoner’s is the first pizza restaurant in a small town “to carve out our niche as the predominant pizza place,” he says, but he’d like to see other restaurants come into the community because it’s a driver for growth — more restaurants bring more people to the area. Naturally, he’d rather not have another pizza restaurant come in, “but we know if we can command full market share for the pizza segment for, say, 12 months, we’re entrenched by the time someone comes in, and we have such a rapport with customers that we don’t have to worry about cannibalization.”

Burgess also takes competition seriously and says it’s a good thing if there is some “because that validates your decision.” Although he’d prefer Denny’s to be the first chain to come into a small town, there’s nothing wrong with being second, he says, though you don’t want to be fourth or fifth because you’ve lost your opportunity. A huge advantage of being the first restaurant in a market is that real estate prices tend to be lower, he adds.