How to Go Global

The call comes in. On the other end of the line is a deep-pocketed businessperson from Dubai — or Istanbul, Mexico City or     Shanghai — who experienced your brand on a recent trip to the U.S. and would love to bring it to his or her country. Flattery sets in, excitement mounts and visions of global expansion begin dancing in your head.

That’s exactly the moment when a trusted colleague or advisor — or your inner common-sense conscience — needs give you a sharp poke to bring you to back to earth. Expanding internationally is a big deal, requiring extraordinary commitment and resources. Take it lightly or skip sufficient legwork, and the risk of failure is high.

Foreign countries are, after all, foreign. Cultural norms can be very different, as can dining habits and dietary preferences. And issues that range from language and systems of measurement to legal, regulatory and financial could significantly impact the operating systems and economic models that contribute to your domestic success.

Kay Ainsley, managing director of MSA Worldwide, a franchise advisory firm, strongly advises against a random, opportunistic approach to testing international waters. It’s a wrong-headed tactic domestically, she says, but becomes exponentially so when venturing abroad. Rather, she urges clients to take a step back and do the research to ensure they’re going into the right markets with the right partners and that they have the capacity to vet and properly support franchisees in another country. 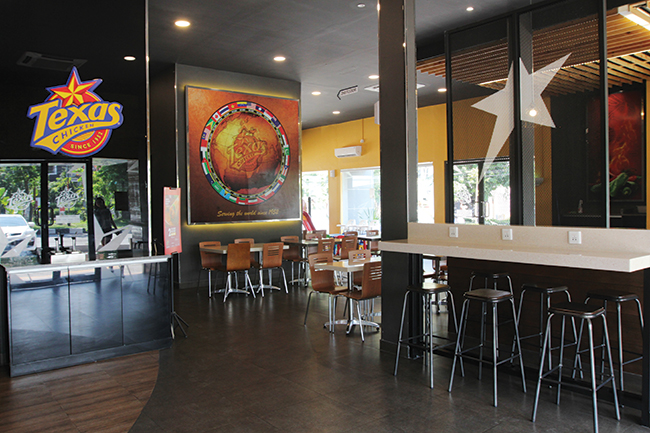 In countries outside of the Americas, Church’s Chicken franchises under its Texas Chicken brand, one of several key moves made to help ensure success in markets such as Indonesia, where more than 60 units have opened and aggressive development continues. Image courtesy of Church’s Chicken/Texas Chicken

Articulate a Vision, Do the Research

Church’s Chicken operates more than 1,500 locations in 23 countries (some operating under the Texas Chicken brand) and has system-wide sales of more than $1 billion. The 65-year-old QSR brand has been in some international markets for more than three decades but in the past few years has ramped up efforts to realize its vision of “becoming the global franchisor of choice.”

“It can’t be because of vanity or because you got that call from someone who wants to pay you a royalty to operate your brand in their country,” Moralejo says. “We were probably more opportunistic than strategic when we started, but that’s no longer the case. Our reasons for wanting to expand internationally are solid — fried chicken is consumed and loved all over the world, we’re a 65-year-old brand, we know fried chicken and believe ours is best in class, and we have an operating model that provides a competitive advantage. We can deliver our products profitably, at a low cost and with efficient use of capital and employees. It’s a strong model and a compelling growth opportunity for investors. Those are our answers to the question of ‘why?’ Every business is different, but each needs to answer that question before going down this road.”

David Mesa, chief development officer at New Orleans-based PJ’s Coffee, agrees that lack of a strategic approach is a big misstep. Founded in 1978, PJ’s announced in 2016 that it would begin franchising internationally, targeting 100 locations in Vietnam, Malaysia and Kuwait over the next few years.

The first step the PJ’s team took, before announcing its intent to expand internationally, was to gather and analyze a lot of data. “We hired a business consultant to help us do the legwork and research and also to get us thinking very strategically about this expansion,” Mesa says. “We wanted to target where we wanted to go versus just announcing our desire to grow internationally and see what came in.”

Working with the consultant, Mesa and his team zeroed in on things such as countries that were most appealing based on the PJ’s concept; brand-specific, proprietary products that the company would need to export; the level of cost and red tape involved with exportation to various countries; trade agreements; and the overall ease of doing business there. Ultimately, the relationship with the consultant and the knowledge gained from it led to targeting Vietnam for the PJ’s first foray abroad and to a master franchisee who was specifically looking for a coffee company to develop in that market.

In addition to the consultant, Mesa says the U.S. Commercial Service (USCS) office at the embassy in Ho Chi Minh City was an invaluable resource. The trade promotion arm of the U.S. Department of Commerce’s International Trade Administration, the USCS has offices in more than 75 countries to help U.S. companies grow sales in global markets.

“They were extremely helpful in helping us identify local partners during our entry into Vietnam,” Mesa says. “And they’re helping in Kuwait as well. They help with everything from identifying vendors to market research, assisting you in determining which country or countries may be a good fit for your brand. They’ve also done market studies where they’ll tell you what demand for certain products looks like in certain countries. It’s one of the best services I’ve been able to find from an international expansion standpoint.”

Extensive data analysis figures into Church’s international expansion strategy as well. Moralejo and his team created what he calls a prioritization model and analyzed copious amounts of data in order to rank various markets in order of desirability.

“This allows me and my team to assess all of the opportunities around the world,” Moralejo says. “If an opportunity presents, I know where that market sits in relation to other potential markets. I know whether that juice is worth the squeeze, so to speak, and whether or not to entertain the inquiry or lead.” 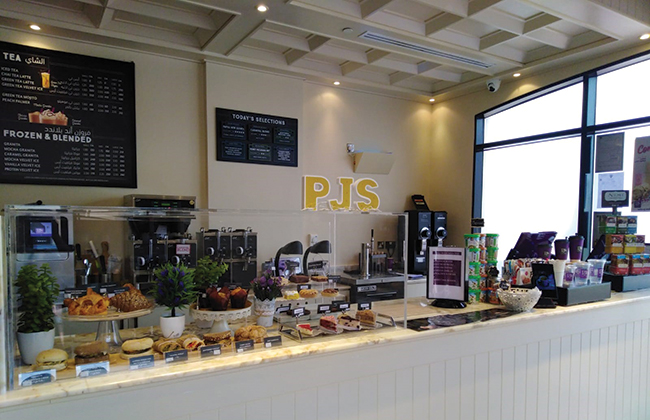 PJ’s Coffee is expanding internationally in Vietnam, Malaysia and Kuwait, shown here, where new franchisee Hesham Alroumi is developing five units. He discovered the brand while studying at the University of New Orleans. Image courtesy of PJ’s Coffee

Regardless of market or country, Ainsley says most U.S. chains heading abroad should recognize that adjustments, some potentially significant, may be necessary. That applies to everything from recipes and packaging to design, footprint, equipment, operating procedures and/or financial models.

“The rest of the world doesn’t necessarily eat the way the U.S. eats. For example, portions are smaller in a lot of countries. You have to think carefully about that,” Ainsley says. “It’s easy to say, ‘OK, we’ll just make the portions smaller.’ Sure, but then the packing has to change, as does how you’re buying. You won’t be using as much product, which will affect your pricing structure. If you’re a full-service brand, going out to dinner is people’s entertainment for the evening in many countries. That means you’re not going to get the 2.7 turns per night that you count on here. If you’re a QSR with a high percentage of drive-thru sales in the U.S., that’s likely to change. People in other countries don’t generally drive down the street eating burgers and fries. These are just tip-of-the-iceberg things operators have to think about. They must be willing to adjust and understand that with every adjustment made, there are multiple supply chain, operational and financial implications to consider.”

Both PJ’s and Church’s experiences abroad illustrate the level of brand flexibility that can be a prerequisite for international success. When PJ’s entered Vietnam, for instance, its core brand promise of serving only the top 1 percent of Arabica beans that are no more than 90 days from time of roasting required extra consideration.

“It works great in the United States,” Mesa says. “But when you start adding in the logistics of sourcing that coffee, freshly roasting it in New Orleans and still trying to stay true to the 90-day promise, you realize that ocean freighting it to Vietnam isn’t realistic. It takes too much time. Air-freighting it instead lets us stay true to the 90-day promise but is expensive, which impacts the financial model.”

Even more significant, Mesa says, is the fact that while high-end Arabica coffee, which PJ’s serves, is the norm in the U.S., Vietnam has always been a Robusta bean market. “One of the most popular specialty coffee drinks there is made with strong Robusta beans,” Mesa says. “We needed to be able to offer that, so our roast master worked with our partner in Vietnam and came up with a dark-roast Arabica bend that closely mirrors the flavor profile of what we know people in that country like. We could have sat back and said, ‘No, we’re an American brand and we’re only going to serve American drinks, but doing so would have greatly impacted the success of our partner’s launch there.”

Church’s Chicken, too, has embraced the need to remain flexible, at times making significant adjustments to meet local market demands. When entering Indonesia nearly 35 years ago, for instance, the company went so far as to change its name to head off misperceptions that the brand, named for its founder George Church, was affiliated with the Catholic Church. It substituted Texas for Church’s in its logo and continues to operate and develop under that banner in countries outside of the Americas.

Menu flexibility is required as well, Moralejo says. While the concept’s chicken and biscuits go together like burgers and fries in the U.S., that’s not the case elsewhere. “In some parts of the world, biscuits are seen as a dessert and are eaten apart from the rest of the meal. So, when we go into those markets we have to be flexible,” he says. “Are we going to continue to demand that our biscuits be served along with bone-in chicken when customers there would rather have rice? Or are we going to deviate from that brand architecture and reposition biscuits as dessert option? A big part of our success internationally is that one of our core values is flexibility.”