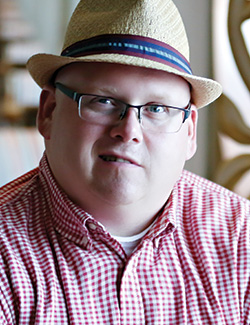 Joseph Schumaker FCSI, principal design consultant, SCG FoodSpaceWhen it comes to integrating new technologies like self-checkouts, self-serve ordering kiosks, advanced equipment controls, highly integrated POS platforms and other software meant to enhance operations, many restaurants have had to figure things out on their own.

It’s less of a challenge for larger chains, many of which have built up their internal IT departments, but for smaller restaurants that are tight on both time and money, searching for the right technology platform and then building the infrastructure to handle it can become a separate job all on its own.

That’s where consultants can step in to help. Fact is, few do at the moment.

“It’s not just about designing kitchens anymore,” says Joseph Schumaker, FCSI, principal design consultant, SCG FoodSpace. “It’s about designing a facility that meets all of the needs of the operator, including technology needs. Our job is to do the footwork and let our client decide.”

Schumaker has walked show floors, attended food and technology conferences, and done other research to find companies, vet them, and figure out budget and hardware needs. Sometimes, he brings clients solutions. In other cases, the client has already decided on a technology platform but needs help building the infrastructure.

“Conversations about technology have to happen right away — before the drawings begin and even before you submit for building or health permits — because we need to know the infrastructure requirements,” Schumaker says. “You want to figure out the technology really early because otherwise, you’re going back to make expensive changes.”

Hardware needs include anything from specific cabling and networking to digital menu boards and other promotional screens, kitchen order screens, and cutouts at the front counters to make room for a tablet setup.

Even the swivel sticks for tablets and kiosks have to be NSF certified and foodservice ready, meaning splash-proof “in case someone spills their soda all over,” Schumaker says, as well as securely bolted to prevent theft. Some technology companies will provide the stands; some require restaurants to purchase their own separately. Self-serve ordering kiosks also have to meet ADA requirements, so Schumaker has had to reduce the height of the countertops they’re bolted to for compliance.

And then you have to think about where all the iPads and other smash-and-grab equipment will be stored after the restaurant closes for the night. “How will they be charged? Will they be plugged into a rack or a cart and live in a secure office or other locked-up place?” Schumaker says.

You also have to think about the back of the house. “Are there screens already?” Schumaker asks. “Where will new screens live? Will there still be a ticket and print system or a digital system?”

Beyond POS systems, advanced equipment with internet capabilities have to be considered in the initial infrastructure development, Schumaker says. “For example, if the restaurant is using a non-wireless high-end soda machine or combi oven with an internet line, no one on the construction team will know that these pieces need
internet drop wiring,” he says.

Aside from determining the entire IT infrastructure before any construction begins, Schumaker will make room for future additions and upgrades. “Some consultants shy away from overbuilding because they don’t want a client to come back with issues about the budget, so sometimes I will specify planned future equipment and put it in the drawings grayed out, noting where all the infrastructure will need to happen,” he says.

One major challenge designers and developers are facing is how few consultants are providing technology services. “As consultants, understanding these various technologies is so important to bring into our practice as we continue to grow and learn and be a part of the development as much as we are a part of using the technology,” Schumaker says. “We should be part of figuring how all this is going to help improve peoples’ lives and improve business productivity.”

One Operator’s IT Experience

Jeremy Shearer, owner of PRESS Bistro in Johnstown, Pa., knew he needed an upgraded technology platform to improve his operations. Shearer had to do research on his own to first find the platform he preferred and then work closely with that company to tailor the system to his needs. He ended up partnering with two software companies that enabled him to equip servers with handheld tablets that send orders directly to the kitchen.

“We wanted our servers to be able to use the system quickly and easily and get orders in as efficiently as possible,” says Shearer. “Data was another primary focus — we wanted more than just sales data to be able to glean information to make better decisions about what we’re putting on our plates and how we’re staffing our crew.”

Shearer, like many operators, prefers cloud-based systems — not just because of the efficiencies and reporting aspects but also because of the price. “We might have spent $12,000 or $15,000 on a new, traditional POS system, but now we’re buying a couple iPads and some peripheral equipment rather than a host of stands, printers and other hardware,” he says.

Shearer worked with the technology providers to determine infrastructure and Wi-Fi needs based on layout, square footage and volume, which is high at PRESS. “Having strong IT support was something that was very important to us in determining which platform to use,” he says. “When we wanted to add a new ticket printer to the cold line, we just called our providers, and they put it where we needed, as opposed to me having to take the time to figure everything out myself.”

An automatic reporting option emails data directly to managers so they can make on-the-fly decisions. “Our front-of-the-house managers can see the top sales, biggest tables, who their customers are and what they ordered, how long tickets took, what the gratuity was for the servers, and where servers might have lagged in sales, such as apps or desserts,” Shearer says. Back-of-the-house reporting shows who clocked in and out at what time, estimated labor costs and other information.

Through the system, Shearer can also learn more about his loyal customers — if they aren’t coming in and how to get them to come back, for example — and make decisions about menus and new items by looking at sales and performance. Shearer estimates he’s saved at least 20 hours or more a month not having to handle all this himself — not to mention the six- or seven-minute-plus ticket lag time that’s no more, thanks to the handheld server tablets. The new system has also taken a lot of pressure off the busy cocktail bar.

Shearer encourages understanding the flow of service and the learning curve of staff. In PRESS’s case, the younger staff took to the handheld tablets easily and the system has helped increase sales by prompting the servers to ask about upsells like appetizers or an extra lobster tail to go with the steak.