Construction Outlook: Activity Is Up, and So Are Costs 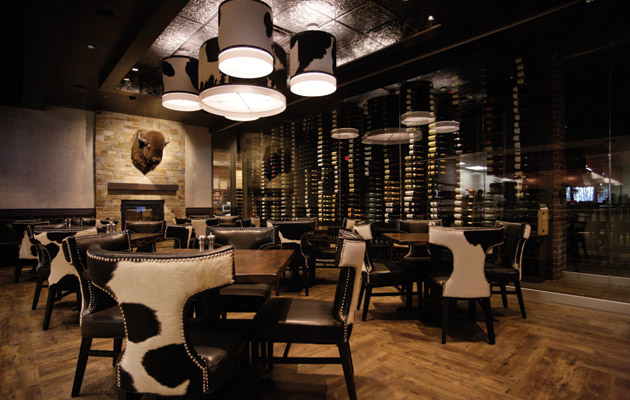 With the residential market leading the way, the construction industry is finally on the rebound.

Housing starts were up in 2013 and will increase 18 percent in 2014, according to the National Association of Home Builders. Even the recently lackluster commercial sector is improving, with the restaurant segment among the bright lights. Englewood Construction's Commercial Construction Forecast 2014 predicts new restaurant construction will be robust in 2014, and not just in the fast-casual segment. "Fine-dining, white-tablecloth establishments are making a big push as the restaurant industry is performing remarkably well," says Bill Di Santo, president of the Lemont, Ill.-based firm.

Stepped-up construction activity triggered a rise in construction costs of 3.6 percent in 2013, according to Rider Levett Bucknall's Construction Cost Index. This compares to a 1.5 percent increase in 2012, and about 2 percent in 2010 and 2011. The revived housing sector helped push gypsum product prices up 15.6 percent and lumber and plywood costs up 14.5 percent between October 2012 and October 2013, according to the Producer Price Index published by the U.S. Bureau of Labor Statistics. Other major construction products prices rose in the single digits or declined slightly.

With continued vibrancy in the construction sector, material and labor costs will likely continue to rise, but not dramatically and not enough to dampen restaurant construction activity in 2014, industry insiders say. Rising prices do heap additional pressure on architects, contractors and development executives to trim costs wherever possible, though.

"We've seen a pretty steady creeping up of costs over the past few years, but no major sudden peaking of costs of materials or labor," says Jacqueline Collins, director of restaurant development with Atlanta-based Moe's Southwest Grill. "We are expecting our costs to stay roughly the same in 2014."

Collins' confidence in Moe's ability to hold the line on costs stems from the chain's ambitious growth plans. With 56 new restaurant projects on the docket for this year, Moe's can command favorable prices due to its ability to buy in bulk, she says. The company already operates more than 500 units in the U.S. and abroad. That kind of volume, Collins says, "enables us to keep [construction] pricing at current levels with no increase or well below market and what others may be experiencing."

Tiffany Vassos, director of IT and construction with Blaze Pizza, a California-based chain that offers fast-cooked, custom-ordered pizzas, offers a similar assessment. "A robust economy means more construction, and pressure on pricing will certainly be present," she says. "One of our strategies is to offset costs through growth. We're building 45 new Blaze Pizza restaurants in 2014, and becoming more efficient with each one."

Like Collins and Vassos, Chuck Taylor, director of operations at Englewood Construction, doesn't foresee a big jump in materials costs, but offers a cautionary labor outlook. Data from the U.S. Bureau of Labor Statistics shows that as of August 2013, construction employment was still down 25 percent below peak levels in April 2006, including 47 states at more than 10 percent below peak levels.

"Labor costs have really fluctuated in recent years, which make them an ongoing concern. After 2009, a lot of subs and GCs scrambled just to stay billable," Taylor says. "We saw incredibly cheap bids. Many subs had to lay off people during the recession, and many tradespeople got out of the business."

Two years later, the situation started to change. "In 2011 and 2012, subs were able to be a lot more selective about the work they pursued," Taylor says. "Prices went up." On average, Taylor doesn't expect a huge jump in labor costs, but some regional markets do pose significantly higher costs than average.

Clearly, expanding chains can expect to face regional variations in the cost of new-unit construction, and the swings can be dramatic. For instance, though construction prices have escalated about 12 percent nationally over the past 12 months, in Boston, amid a building boom, they were up 37 percent last year and are expected to increase an additional 10 percent to 14 percent in 2014, according to Engineering News Record.

Architect Judd Brown, president of Pawtucket, R.I.-based Judd Brown Designs Inc., suggests executives study the local construction materials and labor markets well before moving to new metro areas. He also notes materials prices can differ significantly on a regional basis, particularly away from population centers. "Big-box suppliers play a large part in setting marketplace pricing," Brown explains. Areas lacking those retailers may have higher prices, and in some locations, suppliers may have to ship items long distances, he adds. "You need to use regional cost adjustments when planning projects."

While rural areas may face higher supply costs, large urban centers with strong union presences, such as Boston and New York, tend to have higher-than-average labor costs. "We recently entered the Manhattan market, and labor costs there were higher than we had anticipated — and we were already expecting much higher labor costs," Collins says. She adds, however, that most of Moe's growth this year will be outside of such costly big-city environments.

For its part, Englewood Construction has had to cope with a regional labor shortage due to a scorching energy industry-fed construction boom in North Dakota. The contractor recently completed construction on Williston Brewing Co., an 11,900-square-foot brewpub in Williston, N.D., though they scrambled to line up subcontractors when they found that local tradesman had all the work they could handle. "I talked to a mason who said he was booked up for two years," says Taylor. "We had to bring in subs from out of state and make deals with hotels to house them."

Blaze Pizza's Vassos notes how input from architects and construction pros leads to continual refinement of the young chain's design standards. "We're applying what we've learned, such as lowering the ceiling heights in restrooms to reduce heating and air conditioning costs, and standardizing millwork to reduce costs and increase consistency of design," she says.

Substituting cheaper materials for more expensive ones — as long as it's done without scrimping on vital branding elements — can also provide notable savings.

"We recently worked on a hot new New York restaurant — three units — and substituted porcelain flooring for hardwood flooring," Brown says. "Unlike hardwood, there wasn't any need to finish the porcelain flooring on site. That saved $4 to $5 per square foot." The porcelain material provides a high-quality aesthetic similar to hardwood and is less costly to maintain, he adds. "We also decided to keep the existing ceiling so we didn't have to change the acoustic features."

The back of the house offers targets for cost savings through material substitution, as well. "If you don't have a display kitchen, limit stainless steel for just what is necessary," Taylor advises. "If it's on the cookline, use stainless," he says. Otherwise, washable plastic and composite materials are acceptable at a lower price.

Collins meets with key suppliers three times a year, providing the opportunity to keep close tabs on costs and allowing her team to identify price spikes early so they can look for alternatives. "We share post-project audit learnings with the entire Moe's vendor community," she says, "which makes our program more efficient and constantly improving."

Constant diligence may be the best prescription to combat rising costs. That way, if the cost of a brand-vital feature suddenly spikes, there may be ways to offset that budget burden in other areas. Especially within a vibrant construction climate, such focus on continuous economizing is essential.