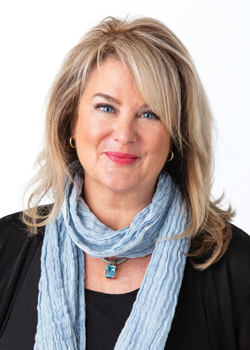 Have you ever listened to an intelligent person discussing the federal budget or our national economy and mistakenly say the word “millions” when they really mean “billions.” It happens all the time if you listen for it. Politicians do it a lot, television journalists are guilty, and we would probably do it, too, if we were forced to talk about the federal budget or the national economy at any length. Big numbers are hard to wrap your head around. Now, as our government struggles to respond to the enormity of the COVID-19 pandemic with emergency bill after emergency bill, trillions are the new billions and the problem has, seemingly overnight, been compounded by a thousand.

To get your head around it, imagine a house that is worth a million dollars. What that house looks like will vary greatly depending on where you live. Now imagine a thousand houses just like that, and you are at one billion dollars in houses. Now take that small town with 1,000 similar million-dollar houses and imagine 1,000 towns exactly like it, now you are at one trillion.

A trillion is a lot. It’s a one with twelve zeros after it.

My point is this: Although the extent of the damage to our economy, and specifically to the restaurant industry, is difficult if not impossible to gauge at this moment the seeds of recovery for the people engaged in the build-out and rebuilding of restaurants may well lie in the fine print of the two trillion dollar CARES Act passed on March 27, 2020.

I am not an accountant and what follows is a sentence that I barely understand myself, but I know that it is important in the path forward for the restaurant industry: “The CARES Act corrects the TCJA drafting error and qualifies QIP for that law’s valuable bonus depreciation treatment.” This sentence is from an article on Plante Moran’s website, The CARES Act and Qualified Improvement Property, dated March 31, 2020. In a nutshell, it means that building improvements, including restaurant build-outs, are subject to preferential tax treatment that allows 100% of the expense to be written off in 15 years instead of 39 years. That single line, a change that represents a correction to something that was inadvertently left out of the Tax Cuts and Jobs Acts (TCJA) of 2017, could mean all the difference for many restaurant projects greenlit between now and 2023.

We don’t all have to become tax experts, but anyone with an interest in restaurant development + design should know that changes to the fundamental way that investments in these spaces are treated from a tax perspective may positively influence many projects that are under consideration during the recovery period.

That’s my silver-lining for the day.