It’s a decision most restaurant operators have to make at some time or another, and it’s a big one. Sales aren’t quite where they should be, so do you remodel your restaurant or completely reconcept it?

Either is a big undertaking, but the change is usually a postive one both in terms of finances and a brand refresh.

These three restaurants took the plunge. 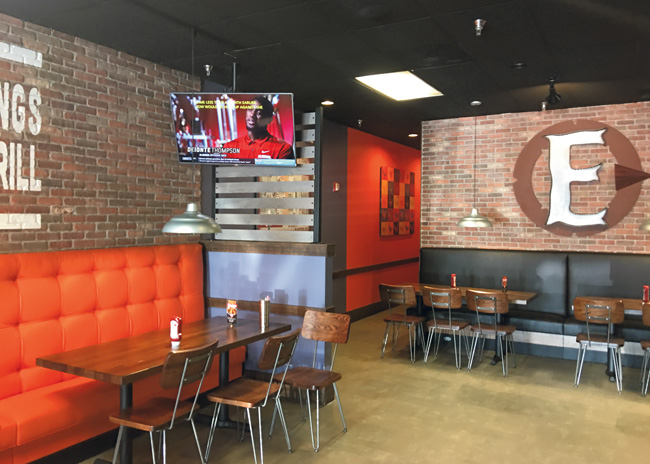 East Coast Wings + Grill in Kernersville, N.C., saw a 12.1% increase in sales after it was remodeled in 2018 to reflect the company’s new 2.0 prototype. This jump pleased franchisee Daryl Townsend so much that he decided to remodel his other location, in nearby Greensboro, N.C., almost a year ahead of schedule, last August, and saw a satisfactory growth of 7.2% in sales in the first 90 days following the renovation.

Townsend has operated the Kernersville location since 2007 and says it was looking tired. “The decor could be described as funky and eclectic with geometric shapes and patterns drawn by a local artist,” he says. “But in 2017 the executive team decided the funky decor needed a makeover to better represent the brand.”

The new look was a complete turnaround, “bringing a rustic, industrial look to the restaurants, with colors, amazing graphics, new seating and a new bar package,” he says.

It was perfect timing for Townsend because his takeout business — which makes up 25% to 30% of his sales — was not working. It operated without a dedicated space, from the bar, which meant the bartender was working two jobs, leading to disgruntled bar customers. Takeout customers, meanwhile, complained about slow and inaccurate orders.

The bar here was also small, serving just beer and wine, and with a limited number of seats. The remodel expanded it by 10 seats, tripled the number of draft beers and brought in mixed drinks. “It’s turned it into a bar where you want to hang out,” he says.

In addition, Townsend hired a takeout employee so the bartender could focus on guests. This meant ticket prices increased as the number of alcoholic beverages grew.

Since the remodel, the takeout area has had its own entry door with three dedicated parking spots outside, offering more convenience to on-the-go consumers.

The total cost of the remodel was $200,000, which Townsend will make back in two years, so long as he keeps his sales up around 10%, which thus far he has. He did lose money the week he was closed for the remodel, Townsend says, but, “you just have to eat that.”

To expedite the remodel processes at both restaurants, he did all he could to prepare. The night before, he and some employees pulled out anything that wasn’t nailed down to get it ready for the crew that would arrive the next day.

At Greensboro the situation was slightly different. This location already had a full bar, so the increase in sales came from a jump in customers excited by the new look.

“This location had seen an influence of competitors, and sales were flagging because everybody has to try the new restaurants,” Townsend says. “So when we reopened, it brought excitement back to a 12-year-old restaurant.”

The staff love it, too. “Because sales were declining, servers were getting fewer customers and their tip amount was getting less and less,” Townsend says. “We did that remodel and every server started making more money. All employees also just love the new environment.” 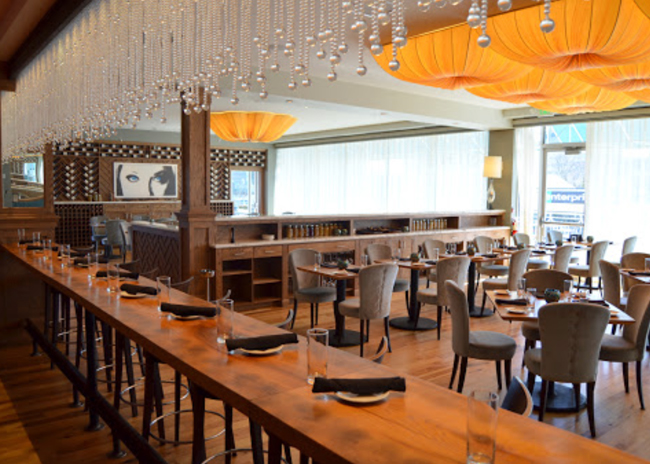 Instead of remodeling, the owners of Cunningham’s in Baltimore, decided to completely reconcept their fine-dining restaurant. They hired designer Patrick Sutton, also of Baltimore, to redesign their space and help with the rebranding. At press time, the new name had not yet been announced, but the restaurant is expected to open in late summer 2020.

“It’s an overhaul of the space and the brand,” Sutton says. Over the decade it’s been open, he says, the restaurant’s owners came to understand more specifically who their customer is; they realized the space was too large; and “realized it was time to reinvent themselves rather than just do a facelift.”

The most significant change Sutton is making is decreasing the size of Cunningham’s since the space often felt so empty that most guests requested to sit in the bar. “We wanted to make it a smaller, more intimate restaurant and embrace the bar area and make the whole space feel like that.”

And Sutton had a goal. “People choose a dining experience to be transported somewhere,” he says. “And I think one of the challenges here was that the restaurant — on the ground floor of a suburban office building surrounded by a terrace — had a view of an office plaza, which is not very transportive.”

So, he’s enveloping the exterior of the terrace in boxwoods in planters and trellises, “so guests really feel transported and will look at something more intimate.” In addition, Sutton says, the garden will become an advertisement for passersby and a pleasant dining space in the warmer months.

The space also extends the restaurant, he says, pointing out that in a suburban environment, guests are more likely than in an urban location to come for a preprandial drink, stay and eat, then move outside for a drink around the firepit or to the bar.

Sutton is actually making the space smaller, not just designing it to make it seem smaller. Around 1,400 square feet of the restaurant will be given back to the building owner as leasable space, and he’s making the restaurant’s remaining area more intimate.

Since the bar was previously the favorite place of guests, he’s turning that end of the restaurant into the dining room, and moving the bar to a closed-off area that people can enter from the street or the restaurant. The bar will also be more casual than the restaurant, which will remain upscale. The bathrooms will also be renovated to fit the new style. The back of house and the style of food will stay the same, though a new menu will be launched to suit the new look.

According to Sutton, it’s easier to reconcept than to create a restaurant from scratch.

“What’s nice about reconcepting is the clients have learned what works and what doesn’t work. The better projects come from clarity of vision,” he says. 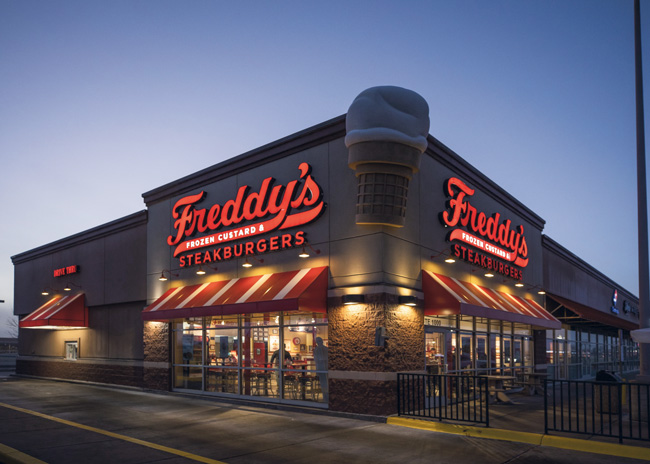 In 2018 a corporate location of Freddy’s Frozen Custard & Steakburgers in Derby, Kan., was given the chance to remodel and expand when the space next door became available, providing an additional 1,200 square feet.

The Wichita, Kan.-based chain leased the location, which added 32 seats to a restaurant that was already doing well, and it resulted in boosting sales by double-digits.

The restaurant had been open for nine years, but it wasn’t a typical location, says Scott Redler, the company’s COO and co-founder, as it was an endcap with a drive-thru.

A portion of the new space was dedicated to brand-new bathrooms, allowing Freddy’s to demolish the original ones and turn them into a second cookline. At the same time, says Redler, it increased the speed of throughput and allowed the restaurant to run properly. One cookline is dedicated to dine-in orders and the second to the drive-thru.

Since the original side of the restaurant hadn’t been open for long, the remodel all happened in the new section of the restaurant, matching it up with the first half. And this occurred with the wall between the buildings still up, so there was very little down time.

Once the wall went down, which happened over a couple of days, sales at this Freddy’s saw an immediate jump, which Redler attributes to two factors: additional seating and expanded capacity in the kitchen, “so we could get food out faster for the dining room and the drive-thru.”

In fact, he says, due to the improvements in speed-of-service, “our drive-thru percentages continue to go up, and when we can make that faster, we continue to have higher sales.” Redler expects the return on investment to take around two years.

Another big reason Redler wanted to expand the location was to turn it into one of Freddy’s training sites. To do this, a restaurant needs a dual cookline, “so you can have the second one operating as a training cookline while the other one feeds guests,” he says. Everything except the fryer is duplicated since both cooklines meet at the fryer.