Before & After: Prosecco in Chicago's Dramatic Transformation 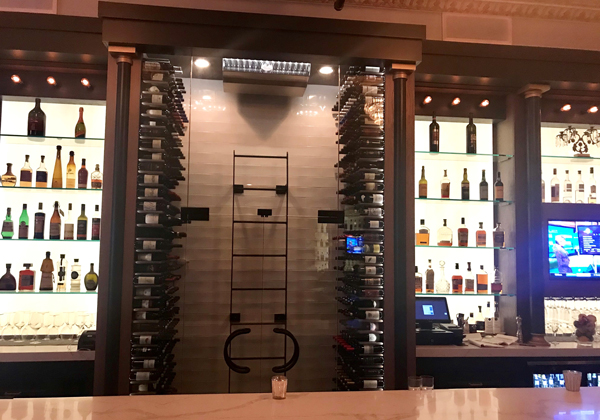 Prosecco’s designers were tasked with making the restaurant more contemporary and modern, according to Rotondo, while still honoring the Italian heritage of executive chef/partner Mark Sparacino and family. 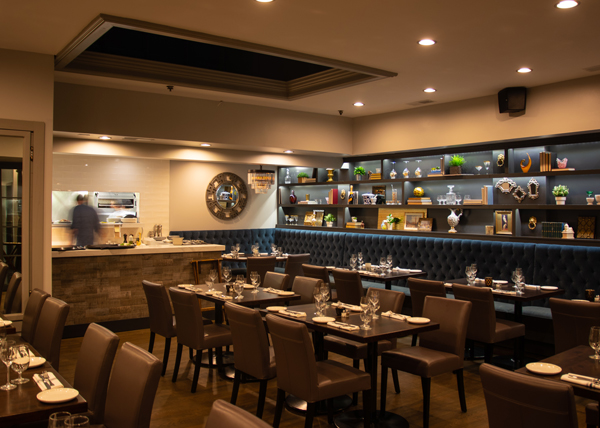 This honoring appears most clearly in one of the restaurant’s two dining rooms, which also plays host to private events.

“The restaurant, beforehand, had a lot of curating images and photos from family history. There were a lot of ornaments and artifacts that they collected over the years and were displayed throughout the restaurant,” says Rotondo.

Some of these now reside on a history wall near the entrance. Rotondo located others on shelving above a banquette. 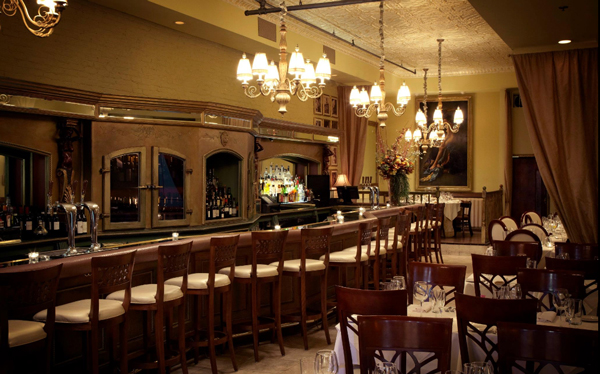 BeforeThe banquette itself is a new feature. While the restaurant previously used floating tables throughout this room, the addition of the banquette makes use of architectural features to better frame the space, says Rotondo.

Another big change to this space involves the chef’s bar. Here Sparacino acts as kitchen maestro while getting to interact with guests. While this bar existed in the previous design it was much larger. “We cut it in half so we could give more to the actual dining area. He can still have a front-of-the-house cooking area and talk to customers and the back-of-the-house staff,” Rotondo states. 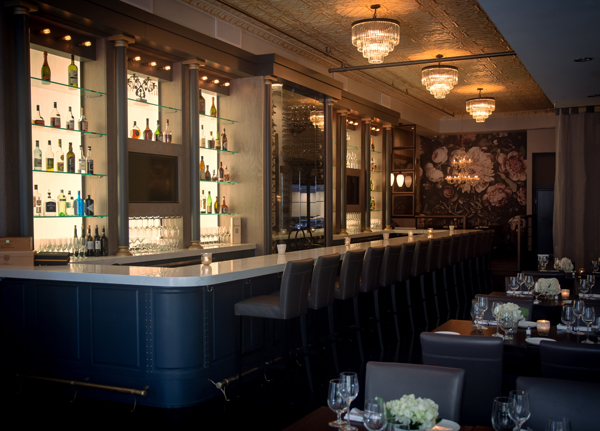 Prosecco’s bar also got a major makeover as part of this process. A big change was made to the shape of the bar itself. Previously, it had a bump in the middle. While that may have created a bit more intimacy for a few diners, it also caused a pinch point in the flow of guests and servers. 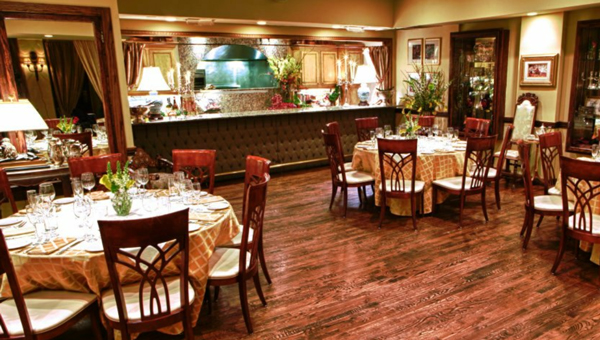 BeforeThe new bar has been straightened out while the bar back was brought to the top of the soffit, “to make it feel more grand and open,” says Rotondo.

In addition, a small wine storage room breaks up the bar about halfway through. Not only was this a good use of space in a tight footprint, it helps break up space, Rotondo adds. “It separates the bar into two areas because it’s fairly long from when you enter the room all the way to the end of the bar. It takes up the whole linear space.” 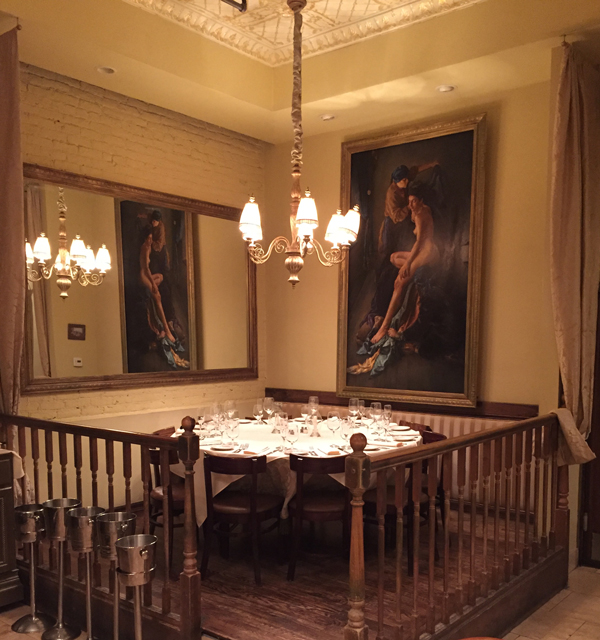 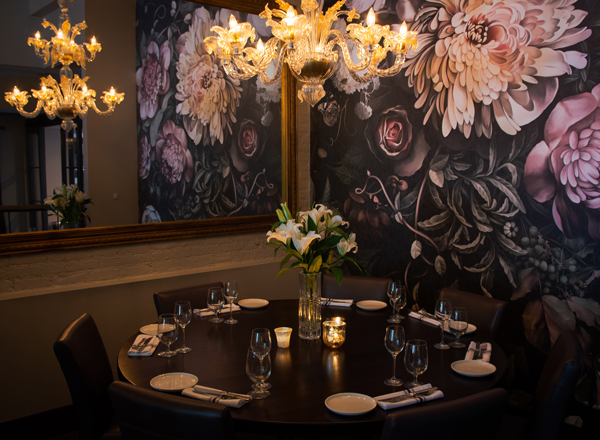 AfterThis elevated feature table also changed dramatically. Like all the tables in the restaurant, the white tablecloth was removed in favor of a rich hardwood tabletop. The space was also given a floor-to-ceiling flower wallpaper graphic, and a hand-blown glass chandelier from Venice, which highlights the tradition that’s such a part of the restaurant’s identity.

“That is probably one of the owner’s favorite tables. It’s at the end of the bar and it’s the first thing you see when you walk into the space. We wanted to create a very impactful graphic that talked about the history of Prosecco and the area,” says Rotondo. 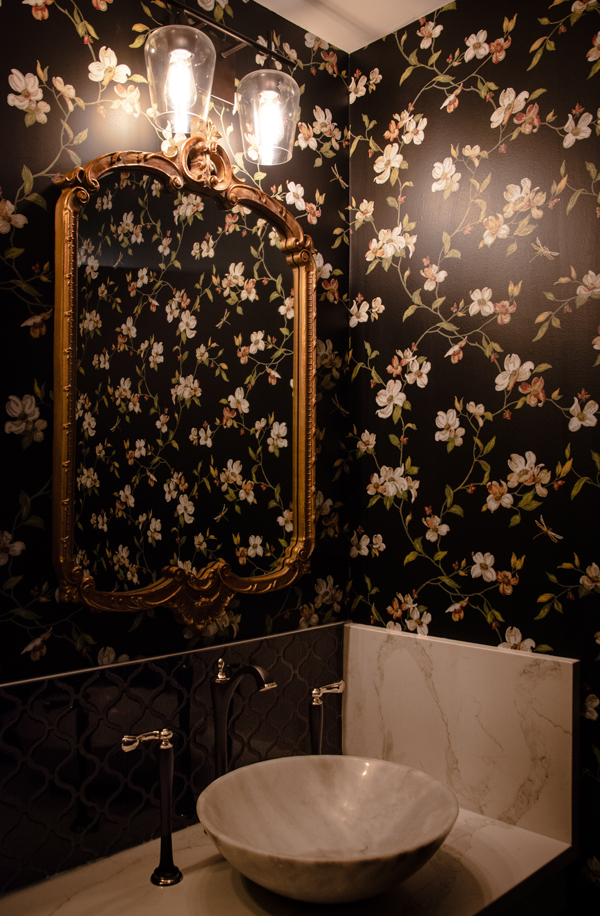 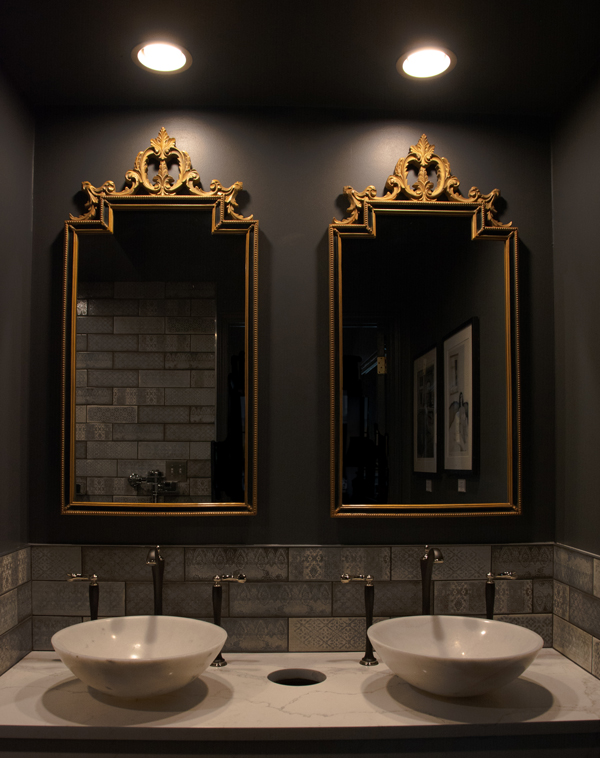 According to Rotondo, while bathrooms have traditionally been overlooked in design, they’re getting more attention as of late.

Working on a tight budget, the designers moved mirrors that were in the dining room to the bathrooms. The faucets and sinks were upgraded as well, while the wood space was given a darker tone. The ladies’ restroom was designed with a flower wallpaper; the men’s restroom was given tile.

“Hospitality design really cares about every single touchpoint throughout the space. The restrooms are usually one of the places where customers are able to be by themselves and really appreciate a little more detail,” Rotondo says.