Credit Starved? Not if You’re Qualified 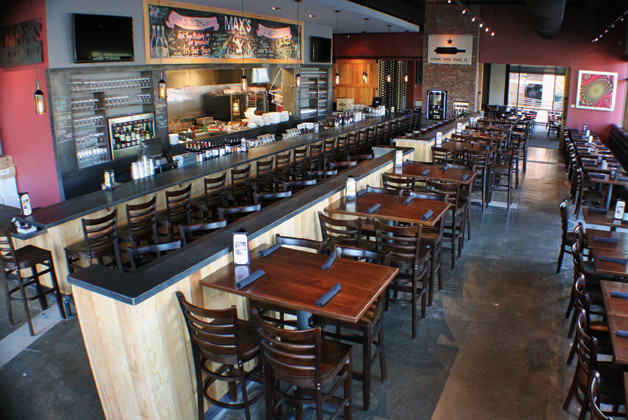 I'm a loan officer for a regional bank. You are a restaurant operator who wants to re-capitalize his balance sheet. You tell me you're tired of doing patchwork deals to open restaurants. I tell you I like your restaurants. My wife and I always order the walnut-crusted salmon. I also mention you'd make a great bank customer. Your annual cash flow allows us to give you favorable terms. But we have a problem. Did you read the fine print on the loan agreement with your biggest lender? It doesn't let you borrow money from us, or any bank.

That scenario is just one of many potential financing hurdles that small-but-growth-oriented restaurant companies face right now. 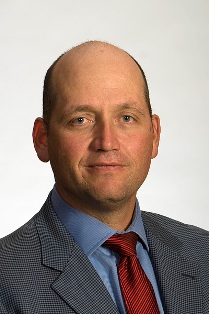 GE Franchise Finance's Senior Managing Director Trey Brown"We tell people, 'Be careful who you partner with,'" declares CPA Brad Saltz of SS&G, a firm with many restaurant clients. "If you want to grow, are you sure they will give you more money? Because if you go to another bank that's willing to lend, the first bank may not let you get a loan."

Saltz and other financial experts say that while it's common for operators to cobble together loans and leases under a variety of terms, getting bank financing to consolidate them can be tough. "The good news is, [the operator] has grown that way," says strategic adviser Rod Guinn, a former investment banker at Fleet Boston. "The bad news is, he now has a convoluted balance sheet, and somewhere in the fine print he has put debt on his company he wasn't supposed to. It can be a costly mess to unwind."

GE Franchise Finance's Senior Managing Director Trey Brown concedes such circumstances are labor-intensive but often worth the effort. "We see lots of very convoluted capital structures to invest in to help an entrepreneurial individual develop growth," he says.

Enter Houston restaurateur Jerry Lasco, who's rolling out a posh casual dining concept called Max's Wine Dive. The former airline pilot is scouting downtown sites in Denver, Chicago and other large metropolitan areas. Lasco financed his first four Max's — all in Texas — with separate U.S. Small Business Association (SBA) loans from the same local bank. The bank finally put the kibosh on his growth strategy two years ago, telling him no new loans despite his company's sterling payment record. "They were risk adverse in the restaurant industry," he recalls.

Lasco, who wanted to re-cap his balance sheet in order to expand Max's and eventually attract an equity partner, had trouble finding a new lender. He reluctantly settled for another government-backed loan, with its high closing costs and mountains of documentation.

Meanwhile, debt financing for independents and franchisees is available for reasonable terms at attractive interest rates for what GE's Brown dubs "performing operators." In other words, given slow top-line growth at restaurants, getting bank credit — SBA or conventional financing — depends heavily on the borrower's size, experience and cash flow trends. The Federal Reserve's January "Beige Book" suggested as much. Although it didn't specify commercial lending, the report said lenders in Chicago, Philadelphia, Richmond, Atlanta and San Francisco were competing aggressively for "highly qualified borrowers," with some loosening of risk standards.

FDIC Chairman Martin J. Gruenberg announced in a December speech that more than 55 percent of all banks reported making more loans in the third quarter and that commercial and industry loans led loan growth. "Small banks were increasing their lending to small businesses," he noted, adding that loan defaults yet remained well above historical norms.

Of course, not every operator qualifies for a loan. "If you are trying to borrow money on the basis of a prospective income stream, banks aren't going to be inclined to lend," notes Franpoint's Richard Sharoff, a consultant who works with early-stage franchisors. New franchisees typically resort to equipment leasing, landlord financing and home-equity lines of credit, and even dip into their 401(k) plans. Says franchise consultant Joel Libava: "I always advise them not to use all of it." 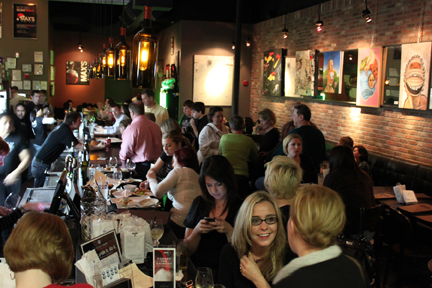 Borrowing still isn't as easy as it was before the Great Recession. The banking industry charges the 2010 Dodd-Frank Act and the new Consumer Financial Protection Bureau (CFPB) with hampering small-business lending and the ability of community and regional banks to provide various financial services. In February the Independent Community Bankers of America, a Washington, D.C.-based trade group, announced it would lobby the 113th Congress to end "excessive, redundant and costly regulations and help community banks dedicate more of their resources to promoting economic growth." Goals include cutting red tape in small-business lending and reforming burdensome CFPB rules.

Despite these problems lenders are rapidly returning to the restaurant space, according to John Hamburger, publisher of Restaurant Finance Monitor and host of the Restaurant Finance & Development Conference. He easily ticks off the names of a half dozen regional and national lenders actively seeking transactions. "Right now, the field is getting crowded," he declares.

That's good news for the operators seeking $10 million or more to acquire other franchisees, remodel units or open new ones. Hamburger notes that these companies, many of which populate his publication's top 200 franchisee listing, typically have cash flows in the $20 million and up range, making borrowing a breeze. "Greg Flynn probably puts out a RFP [to banks]," he chuckles, referring to the CEO of 438-unit Apple American Group, an Applebee's franchisee backed by Goldman Sachs. "But if Greg were buying his first five stores in Biloxi, he'd be putting on a dog-and-pony show for the same folks." 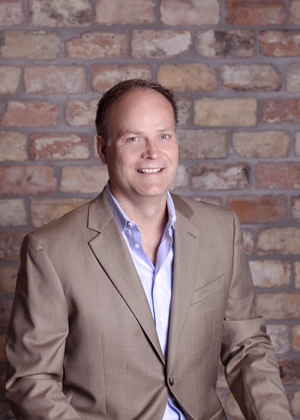 Houston restaurateur Jerry LascoCompanies with less than $20 million in annual cash flow, like Lasco's, are finding the environment more challenging. "You get down below that threshold and all of a sudden the lending universe shrinks. If these groups have a good local presence and some compelling reason to borrow, the local bank may be their best friend," Guinn explains.

"I call it the tweener period, when you aren't getting any attention from the national or even large regional lenders," declares investment banker Craig Weichmann, who says his client, 50-unit Hurricane Grill & Wings, fits the mold. Last fall, the West Palm Beach-based franchisor instead raised $10 million in funding from franchise-specialty lender Mount Pleasant Capital. The company is using the sum, in turn, to lend to "qualified" franchisees to open new units.

Specialty lenders are another route for borrowers, particularly franchisees. Consider Chris Hurn, founder of Mercantile Capital Corp., who specializes in the SBA 504 lending program. Mercantile offers fixed-rate financing to approved borrowers who want to buy the building that houses their business. Why buy the building on top of the business you're running? Hurn, author of An Entrepreneur's Secrets to Wealth, argues operators create value in addition to their restaurant; despite what may happen to it, after all, they still own the building.

He adds that SBA lending isn't end-all financing, particularly for franchisees. "Once you reach your [borrowing] limit and have four to five units, you will be able to attract the attention of a conventional bank that's comfortable in the franchise space," he explains.

All told, Brown says, today's credit environment is probably best suited for opportunistic borrowers who can manage existing debt while operating restaurants at or above system averages. Randy DeWitt's Front Burner Restaurants provides a good example. "We have a couple of brands generating way above average returns, so we can attract debt capital," says the founder and former real estate developer. The largest and most successful of the company's 6 concepts is 28-unit Twin Peaks, which features cold beer and pretty waitresses. The 10 or so units opened since 2010 have rung up about $5 million each in annual sales. DeWitt credits a site-selection model that drives weekly volumes to $100,000, pushing cash flow well above historical norms. 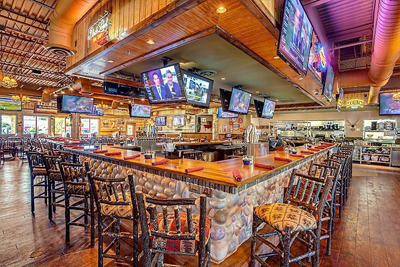 DeWitt wants to convert his balance sheet to 100 percent debt financing. He'll have to shed a longtime equity investor who's helped grow the business in the process. "He says he feels like he's being kicked to the curb by the large banks," DeWitt says, half-jokingly. One of the banks in question is Wells Fargo, which DeWitt expects to talk to in late summer. "At that point our EBITDA [earnings before interest, depreciation and amortization] will hit Wells Fargo's minimum threshold, and we'll have options when the big players want to talk to us," he says.

Lasco's growth strategy, on the other hand, takes him in the opposite direction. He wants to find a private-equity sponsor to help open Max's Wine Dive into the aforementioned cities. It's not an unrealistic expectation despite having only four units to date. Private-equity firms that have historically acquired large restaurant companies have lately been drilling into the space to discover small chains with strong unit economics. KarpReilly, for instance, has majority interest in San Diego-based Burger Lounge; Brentwood Associates is funding Los Angeles-based Veggie Grill; and Morehead Capital, led by the son of Golden Corral co-founder James Maynard, recently acquired Chop't Creative Salads, a 15-unit chain operating in New York and Washington, D.C.

"The team I work with thinks the area of emerging concepts is one of the most interesting places to put capital. We also love dealing with entrepreneurs," Quinton Maynard recently told Restaurant Finance Monitor.

Equity, with a Side of Experience

What's more, with veteran restaurant executives such as former Outback CEO Bill Allen and others scouting the restaurant landscape for new concepts to invest in, management at nascent chains can count on getting real estate and infrastructure advice in addition to capital — something banks don't supply. Allen, for instance is sharing his expertise with two tiny Southern California chains, Bruxie Gourmet Waffle Sandwiches and Mendocino Farms. The intention isn't necessarily to operate these companies but to shepherd them to a point where a liquidity event involving a private-equity firm takes place.

So far, many of these concepts have been fast casual, the industry's fastest growing segment. Max's, a 125-seat, full-service concept doesn't fit that profile. But like fast-casual eateries it has a small footprint (3,000 square feet), low investment cost ($700,000), and a sales-to-investment ratio approaching 3-to-1. Lasco boasts he can open three or four units this year on a cash flow basis alone. In fact, he says his bankers recently told him his company had exceeded its target ratios and now qualified for a conventional loan. Adios, SBA!

"Right now, we've got a great lending situation," Lasco declares. "We're not really tapping into all the credit we have, and that is a good feeling going into conversations with private-equity firms. The question is, 'How fast do we want to grow?' And not, 'Have you read the small print?'"