How to Get the Most from Discovery Days

Love them or hate them, discovery days are a fact of life for most franchise companies. While they're just one of many steps involved in finding the right franchisee partners with which to grow a brand, they're also among the most important because of the opportunity they present for senior-level staff to personally engage with potential franchisees.

Most discovery days follow a familiar formula: bring franchisee candidates to a company's corporate headquarters and pull out all the stops to educate them about the concept and its culture, operations and support structure. Typically, it's a day spent meeting and greeting, hearing presentations from key department heads and visiting a nearby unit. Some have candidates arrive early to enjoy dinner together the night before. Ultimately, the day's structure helps candidates discover everything they need to know about the company and get them excited about becoming franchisees. It's also designed — or should be — to help franchisors determine whether the candidates have what it takes, beyond warm bodies and checkbooks, to be successful franchisees.

Approaches to discovery days vary widely, with some companies bringing groups of prospects in for what amounts to their first detailed introduction to the brand, some bringing individual candidates in who've already completed a series of vetting steps in the field, and others — usually those who use brokers to do most of the legwork — using them as both an introduction to the executive team and a closing day.

Lynette McKee, CFE, CEO and managing partner at Orlando-based McKeeCo Services, says that, whatever the approach, the key to getting the most from discovery days starts with setting clear objectives.

"Some companies seem to just do these events by rote, without ever sitting down with the leadership team to map out what the objectives are," says McKee, who, prior to launching her franchising and development consultancy, held positions with Dunkin' Brands, Burger King and Denny's. "You have to be disciplined and know what you want to accomplish. It's a good idea to go so far as to write down objectives and some kind of benchmark so that at the end of the day you have something against which to measure what actually happened."

Preparation, not just on the brand side but also on the candidate side, is essential to success, McKee adds. Ideally, the franchise salesperson should prepare candidates before they arrive, not only in how they present themselves but also in what the company will look for and what the expectations are.

The preparation process also includes providing the brand's executive team with detailed information about candidates who are coming to a discovery day.

"The people who will meet with them need to know who the candidates are, when they're coming in, what their capabilities are, what they're looking to do, why we felt they meet our criteria, etc.," McKee says. "The more information you can provide to the team that's going to be meeting with them ahead of time, the better. Getting together as a group to go over the candidate information before they come for a discovery day is even better."

Dallas-based Boston's The Gourmet Restaurant and Pizza Sports Bar, requires all franchisee candidates — including those who own units at the company's much larger Canadian sister company, Boston Pizza — to attend a discovery day as part of the approval process. COO Mike Best says his team always receives a write-up on incoming candidates, similar to what McKee describes. 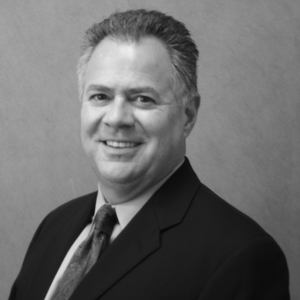 Mike Best, COO of Boston's The Gourmet Restaurant & Pizza"Everyone who is sitting at the table from our side during that day knows enough about the prospective franchisee and any additional team members they may bring with them to be able to have a targeted conversation," he notes. "Some members of our team, especially the training and operations folks, may also have already had interaction with them in the field before they come in."

Best notes that while Boston's does call these events discovery days, most of the real discovery happens well in advance. "That's usually done locally, online or at franchising trade shows where we introduce our brand to prospective franchisees. Even those types of meetings typically end up with a salesperson going out to visit with interested candidates in their home city. By the time they come to a discovery day, they know quite a bit about our concept. They will have also filled out a detailed questionnaire which has been reviewed by our corporate office, and they've established that they have the financial wherewithal to do this. Not until all of that has been done do we schedule a discovery day."

For Boston's discovery days, attendees typically come in for dinner the night before. The next day's meeting starts at 9 a.m. and wraps up around 4 p.m. Best kicks things off with an overview of the brand and its history and a Q&A session designed to allow time to answer any general questions attendees may have.

"The rest of the day is spent with each one of our functional areas. Each department spends 20 to 45 minutes," he says. "We want as many questions asked and answered as possible and to arm candidates with as much information as we can for them to make an informed decision. We also go to our training store at lunch where they'll try a lot of things on the menu and spend some time talking culinary with our executive chef. The overall theme of the day is the candidate getting to know us and being able to feel if we're a good fit and us getting to know them to see if we feel they'll be good operators and a benefit to the Boston's system."

In his 10 years with the chain, Best says Boston's has tweaked the discovery day process to the point where it's a key contributor to the company's high success rate in picking franchise partners. He estimates that the chain ultimately approves more than 75 percent of those who come to a discovery day.

Most importantly, he says much greater emphasis is put not just on the franchisee as an owner, but on who will ultimately fill the position of general manager.

"Ten years ago, if you had the money you were probably a franchisee," he admits. "Now, we really drill down into the operations management piece of the puzzle. There's no sense in wasting their time and money or ours if they don't have that component nailed down before they come in for a discovery day."

To work around senior management team travel schedules and allow for ample preparation, Boston's usually schedules a discovery day at least three weeks in advance. However, that generous lead time isn't always in the picture, Best adds. "Sometimes we get a prospect who suddenly has business in Houston and can come through Dallas for a day, so we try to accommodate them to the best of our ability," he says. "But we won't do it halfway. It's an important day. We want to show that they're important to us and to find out if they're the right person to go forward with us."

McKee also stresses the importance of getting senior management buy-in. "One of the things I've heard from salespeople is that they try to get people in for a discovery day but can't get them scheduled because senior leadership is busy. There's often a disconnect from executives on how important these visits are, but their support is critical. It hurts the brand to just throw junior people who may not be well prepared in to handle it. These candidates are buying plane tickets and taking time away from their current businesses, and when senior management doesn't show up, they can rightly wonder why they bothered coming."

Ditch the Dog and Pony

It's not without reason that discovery days are often derisively referred to as dog and pony shows. With partners Alan Woods and Darin Kraetsch, Brian Curin founded and grew Cold Stone Creamery as well as Raving Brands' Moe's Southwest Grill and Planet Smoothie into successful franchise companies before selling them. He explains that they moved away from the term "discovery day". "In part, that's because it's overused," Curin says, "but also because of the perception that it's a big dog and pony show."

The partners, now busy building a new retail concept called Flip Flop Shops into an international franchise company, also dramatically changed their approach to discovery days. "When we were building Cold Stone, and even with Raving Brands, we built them into these big, huge events. It was about the wow factor, and we brought many people in because the percentages were probably going to be low as to who's going to move forward," Curin says.

"A lot of brands still do it that way. They herd a bunch of people like cattle through their place and try to wow them with their concept so they'll buy a franchise. Over the years, we learned to cut out as much of the fluff and the BS as possible and be much more laser focused."

Rather than discovery days, Flip Flop Shops hosts what it calls shop days. It starts by inviting small groups of franchisee candidates, no more than 10 at a time, to the company's Southern California headquarters. "Basically, they come in for a laid-back experience, which is our brand's culture," Curin says. "It's shorts, T-shirts and flip flops. They meet us and hang out in a more intimate setting. There's no big agenda. Once we spend a bit of time in our training store talking, asking questions, trying on flip flops, we take them to one of our favorite Mexican restaurants. Everyone drops their guard a bit, and you get to see people in a more relaxed state. It's not like sitting in a boardroom going through PowerPoints — it's about getting to know each other."

"As most franchise companies put them together, they are, indeed, dog and pony shows," he contends. "They bring a candidate to the corporate office, sit them down in a room and show all these elaborate presentations, with every department coming in to show all the great things they can do for them. But nobody ever signs up at a discovery day. It's not designed for that. So the franchisors unload all their ammunition during that day and then open the barn door and let the candidates out. That manufactured high fades fast, and the salesperson has to work hard to keep them engaged."

What Hogan facilitates instead for clients is what he calls an observation process, wherein carefully vetted candidates come to a prototype unit and spend time in the restaurant with the operations team.

"That's important, because ultimately the ops folks are the ones who will have to live with them," Hogan says. Depending on the complexity of the concept, they might spend a half a day or up to several days. "At Denny's, for instance, it's a three-day process because we want them to see the range of peak service periods — a weekend breakfast, a Friday or Saturday late night, a typical weekday lunch, etc. They don't have to sit there for three days, but they're in and out."

The process, which does incorporate informal meet-and-greets with the executive team and a tour of the corporate office, accomplishes two things: it allows the candidate to see firsthand what happens in day-to-day operations, and it allows the operations team to spend some time with the candidate to see how they interact with floor managers and staff, and to get a feel for whether they'd be a good fit.

"Ideally, at the end of the process they sign off on the checklist, as does the candidate, to confirm that they've completed that part of the process. It also heads off new franchisees coming back later and complaining they didn't know they had to get up at 4 a.m. and make the donuts."