With a focus on brunch, booze and fun, Another Broken Egg Cafe has become one of the fastest-growing daytime-only franchised concepts in America. 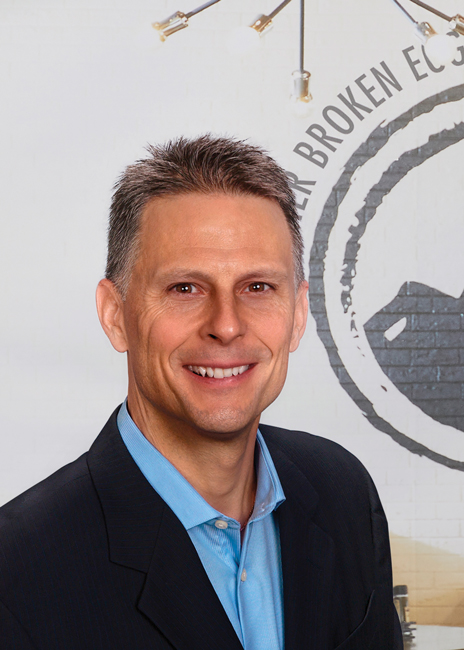 Another Broken Egg launched its New South prototype in 2019, and it has been a big success for the brand. It pays tribute to the chain’s Southern roots with a modern farmhouse aesthetic and a clear focus on alcohol sales. “We now have over two years of operational and consumer insights from our new design prototype, which has exceeded our expectations in elevating the bar experience and driving overall sales,” says Paul Macaluso, president and CEO of Another Broken Egg Cafe.

Can you tell me about the New South prototype?

JS: The New South prototype launched in the middle of 2019, which predates me. Like a lot of brands, we had undertaken an initiative to create a new look and feel for the cafe. It was finalized about three years ago. Every cafe we’ve opened since has opened with that design. So, if I have my math correct, the last 23 cafes we’ve opened have had the New South decor. We’ve remodeled 15 additional cafes with the new look, and we have another 13 in process for this year, a mix of corporate and franchised.

Did you change the prototype in the wake of the pandemic and an industry shifting to takeout?

JS: Like a lot of brands, we’ve had to adjust our business operationally and in the buildout because of what’s happened the last couple of years. When we undertook the new prototype, one of the biggest goals was the physical positioning of the bar. From the beginning, we’ve always had bars in our restaurants, and the alcohol business has been integral to our business model. However, prior to the New South prototype, the bar was always in the back, adjacent to the kitchen. It wasn’t an afterthought, but it wasn’t a focal point either. The bar is now larger and more prominently placed. In almost all cases, the bar is on an outside wall adjacent to the patio — there’s almost always a patio.

The focus on the patio was well before the pandemic, so we were well positioned to meet the demand for outdoor seating and the post-pandemic surge in demand for drinking. People are indulging more, and the breakfast and brunch experience has really blown up.

The other key element of the new prototype is the fresher, brighter, updated modern look. Previously, it was an attractive French country look, but it wasn’t current.

How did you adapt to the uptick in off-premises business?

JS: The changes for us have been nuanced. We didn’t change the design of the cafe, but off-premises is a significantly larger part of our business since the pandemic. Before, it was about 2% of our business, but now it’s around 10% of the business. So that volume on top of the dine-in business bouncing back (in some cases higher) meant that we haven’t shrunk our footprint or anything like that, but we’ve managed to accommodate the two types of customers that are physically walking into our space. We’ve got those coming in to be seated and those that previously placed an order needing to access their to-go food. We’re accommodating more space around the hostess stand. It could be as simple as adding a cabinet at the host stand to make it easier to store to-go items to be picked up. Where the site warrants it, a secondary entrance to the space to handle the off-premises business is an option.

Did you change how you set up storage for takeout?

JS: That’s all part of it. We had to ask what can be staged in the kitchen. A lot of the changes to accommodate increased takeout were made more to the back of the house, where we added a separate to-go expediter and the usual condiments but also plates, utensils, napkins, etc., that go with to-go orders. 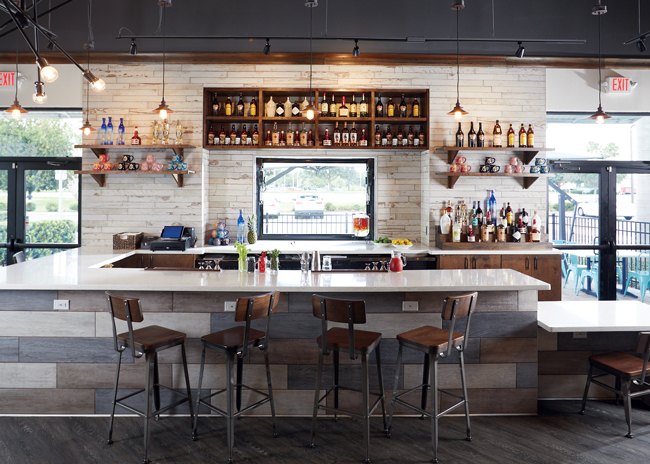 What goes into a remodel to make it a New South design?

JS: The remodels are almost entirely front of the house. We look at back-of-the-house items as capital expenditures that should be done on an ongoing basis. The remodels were to bring the customer-facing spaces up to the new cafe look; that means the color scheme, the lighting, furniture and decor.

We have many cafes where we’ve stripped out all the old furniture and reconfigured to accommodate additional seat count. We are typically not doing any structural changes like tearing out walls or enlarging the kitchen. We’re typically not doing any work that requires a permit. We do take advantage of pulling seats out in order to review the layout and create better flow, more seats and, where available, accommodate the surge in off-premises business.

One interesting thing about being only open for breakfast and lunch is that we’re doing all the work at night and not even closing the cafes. The GCs work from 3 p.m. to 11 p.m. They know they have to leave the space guest-ready for the next morning. Over the course of the week, if a guest came in each day, they’d see new changes each day, but we’re not impacting the operation.

JS: We expect to open 15 to 18 cafes this year; we opened 10 last year and 9 the year before that, a combination of corporate and franchised cafes. We expect to be in the 20 to 25 store openings per year range next year. We have a clear line of sight on that.

Of the 81 locations open, the vast majority are in the Southeast, Gulf Coast, Midwest, mid-Atlantic, and our growth is going to continue in those areas as we are expanding contiguously.

JS: We don’t have a lot of freestanding restaurants. Patios have always been part of our prototype. We have always wanted patios to be part of our design, and because we are a brunch concept, people want to linger. More often than not, we lease real estate, usually endcaps, some prominent in-line spaces and a couple of freestanding locations. That said, we do have a build-to-suit cafe in development as a single tenant space. In that case, the landlord had a pad in a shopping center, and they asked us to develop it.

JS: We’ve been very encouraged by the sales performance of the cafes after they get remodeled. I think we can attribute that to the fresher look that appeals to people. A renewed emphasis on alcohol sales as part of a refreshed brand experience has certainly also been part of it.

Frankly, adding seats never hurts. The remodels have provided an opportunity to upgrade the patios, which has been another element to drive increased sales out of these remodeled units.

We’ve always had patios, but we started optimizing the seat count and making the patio season last longer. Depending on the region, we put in fans or heaters. In many cases, we’ve added awnings so we can reduce the impact of weather events. +