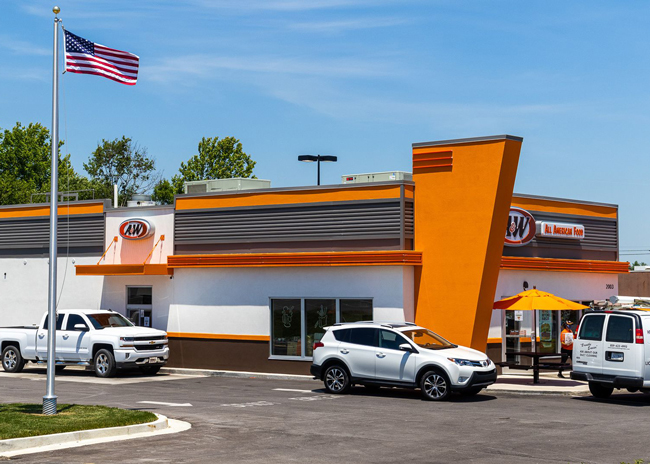 A&W Restaurants will expand from California to New York and from Louisiana to Minnesota, the result of development agreements inked with 10 new franchisees. The latest multi-unit deal will bring three locations to Lafayette, La.

The chain opened 12 restaurants in the last 18 months. A&W now has 16 units in development, including 4 being built by current franchisees. The new locations will be in major cities, such as Chicago and St. Louis, as well as mid-size and smaller communities. Seven of the locations will operate from convenience stores or travel centers.

A&W also reported double-digit comp-store sales growth in May, despite nearly all dining rooms being closed due to coronavirus. Average unit sales have increased by 38% since franchisees acquired A&W from YUM! Brands in 2011, according to a company release.

The schedule calls for freestanding restaurants in Beaverton, Mich., and the St. Louis suburb of Belleville, Ill., to open in the coming weeks. Both will operate from buildings that previously housed banks.

“The pandemic is sadly forcing many stores as well as independent and other chain restaurants, to close permanently,” says Kevin Bazner, A&W’s CEO. “We expect more new franchisees will capitalize on these real estate opportunities and convert facilities that once housed other restaurant brands or businesses to A&Ws.”

A&W has more than 900 locations throughout the U.S. and Asia.