How to Identify Local Vendor Partners in New Markets 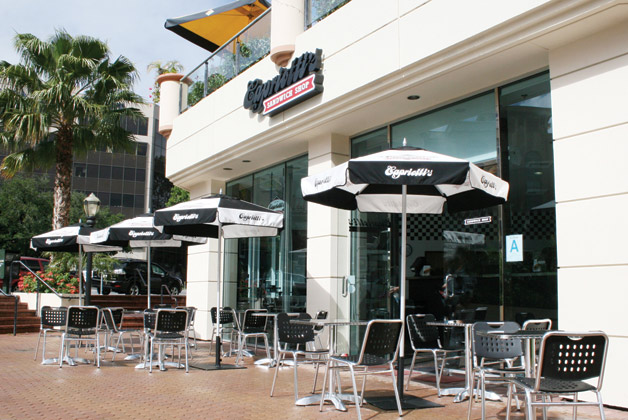 As exciting as it may be, expanding into new markets brings with it a number of pain points: ensuring that the demographics will support the brand, finding the right location, hiring and training staff — and, among the biggest, determining who will build the new units. Is it better to import architects and general contractors used for previous projects or to identify local vendors for design and build-out?

Many chains prefer to use their own resources, but this can be impractical because of the transportation and lodging expenses involved in importing resources from distant regions. Increasingly, chains are instead seeking local third parties to construct or remodel their locations. Buying local, however, can bring its own set of headaches.

Reliable local vendors should be identified systematically, according to representatives from three restaurant companies — small, medium and large — who have experience with the process and shared some dos and don'ts. Regardless of company size, common challenges exist. Guidelines include conducting due diligence on the potential partners, building strong relationships and staying in touch during the development and build-out process.

Capriotti's Sandwich Shop has 89 units in 12 states spread across the U.S. The sandwich chain is in various stages of building an additional 20-plus units in different markets. Mark Henriott, vice president of real estate and construction, explains why the company uses local vendors for design and construction. "We always try to use local vendors, meaning general contractors, subcontractors, architects, and so forth, in the construction phase. We need their knowledge of the local market in terms of permitting, inspections, zoning codes and the like," he says. A secondary goal, according to Henriott, is to support the local economy.

The selection process depends heavily on referrals. Henriott says Capriotti's wants to be sure that the vendors have prior experience in developing restaurants and the necessary relationships with local officials. It is also important that vendor partners understand the Capriotti's concept and have a sense of urgency for completing the project.

Henriott and Pegi Demlow, director of franchisee development, spend a significant portion of the initial interview process ensuring the credibility and experience of the candidates. The company also carefully checks references to detect any possible issues.

This due diligence pays off. As Henriott says, "In most markets we have been successful working with local vendors. They provide an overall good value in regard to costs and the quality of workmanship associated with the overall build-out." In fact, the company will often use the same vendors for future development in a given market. This provides consistency in the development process and continues to support the local economy.

Henriott has words of advice for companies considering the local vendor route: "Local vendors need to be partners instead of just order takers. While we have standards and specifications that have to be adhered to, we encourage our local vendors to help us think outside the box to help determine if there is a better way to deliver the end product without compromising quality." 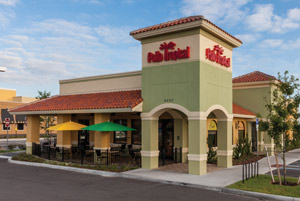 A publicly traded company, Fiesta has embarked on a significant growth strategy for both brands. According to John Todd, chief development officer, the company is migrating Pollo Tropical from core markets in Florida to new markets in Texas. They are taking Taco Cabana East to Atlanta. For the two brands together, Fiesta will add 14 to 17 new units this year. Todd says Fiesta has a target of 8 percent to 10 percent annual unit growth. As of the end of May, Taco Cabana had 166 existing units, and Pollo Tropical, 95.

Rapid expansion brings significant challenges. Todd explains that the entire infrastructure must be able to scale to growth. This puts pressure on selecting the best local architects, engineers and contractors in new market locations. The strategy is to locate several units in a region to optimize advertising and marketing dollars, so local vendors must be able to scale their services to help develop more than one unit. "They need to be financially sound and have the people to support our growth," he says.

The process for managing the pipeline starts at headquarters. FRCH Design, a company that specializes in value engineering, has nearly completed a study for Fiesta to optimize the designs for both brands. FRCH looks at both the back of the house and the front of the house "holistically," analyzing the space for efficiency, equipment, number of seats and more. Fiesta expected to complete this process in July. The result will be a prototype the company can execute in each new location.

Todd negotiates volume discounts nationally on such things as equipment; however Fiesta uses local vendors to adapt a design to a particular site, including engineering and construction. He and his team decide on local vendors through a bid process, including a local architect of record, who knows the codes and the ins and outs of permitting, as well as local contractors. Todd developed relationships with vendors in many cities across the country during a former career as development director for a large chain. Todd invites members of this network of trusted vendors to bid, but bids are also accepted from other companies in the area.

Bids are not only reviewed on price. "Price can get people in the game," Todd says, "but we check references carefully for quality of work and their financial strength." Decisions need to be made 18 to 20 months in advance of actual construction.

One of Todd's main objectives is to manage the pipeline well, with systems in place that will scale to the rapid growth. He calls it "discipline," which he defines as always having the right people in the right place. "The devil is in the details," he says. "We have to have a business model that can be
easily replicated."

Todd looks for more than the ABCs of construction from the local vendors too. "I'm always looking for solutions to improve cost. We look for the most efficient and effective building and design process that we can find. I welcome vendors that have answers to these issues," he says.

Expansion plans: New franchise strategy being developed one unit at a time 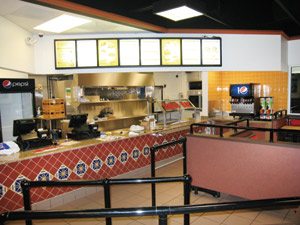 Javier Correa Jr. describes the Sombrero concept as "San Diego-style Mexican food": Mexican dishes made from scratch using home-style recipes and traditional preparation methods. Correa, who is COO, runs the business with his father, Javier Sr., CEO. After opening in San Diego in 1984, Sombrero now has 20 locations in California, Arizona and its newest market, Missouri. Recently, the Correas added a franchised store in the St. Louis area to the family-owned mix. They plan to continue to add franchisees as the opportunity arises. "We're just learning to work with the franchise program," Correa Jr. says.
"It's definitely the route to take."

The Sombrero floor plan and layout are similar in every unit but may need to be adapted if the project is a remodel of a former restaurant. In St. Louis, for instance, the new unit is in a space formerly occupied by another Mexican food brand. While there is some variance due to lot size, the average footprint of the quick-service units is 2,000 square feet. Six units have drive-thru windows.

"We always use local vendors," Correa Jr. says. "Every area is different in terms of permitting and specs. St. Louis, for instance, is heavily unionized, while San Diego is not." The location affects permits, as well. If a store has a drive-thru, for instance, there is a different regulatory process concerning traffic flow.

Doing plenty of research up front is the key to using local vendors successfully, according to Correa Jr. It is important to look at the contractor's or architect's prior work, he explains.

In the first interview, the Correas go over their goals for the project and the details of what they expect from the relationship. They believe in being involved during all aspects of the process to prevent any mistakes.
"We know operationally what works," Correa says. "It's very important to be hands-on. It will be our expense
if there is a change."

The Correas learned the hard way that up-front research is critical. During the building of a unit in 2007, the contractor didn't complete the job, necessitating the hiring of another vendor. This experience convinced them to look carefully at a potential contractor's prior work and check references for organization and reliability.

The challenges of identifying local vendors to execute expansion differ in scale depending on the size of the chain and the goals of its growth. However, chain executives should take a few key steps to achieve
success. Pitfalls arise from not spending enough time on due diligence.